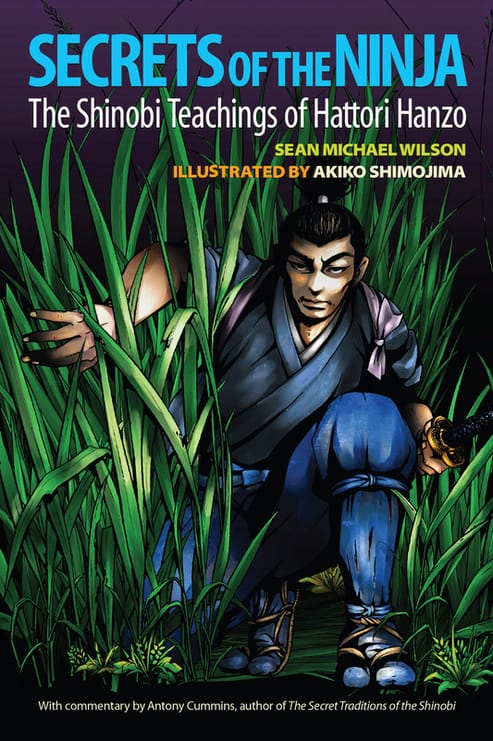 This book is a very simple story, one of the most straight forward I've yet written. Designed for readers a bit younger than most of my books. Real ninja, real situations, real fun!

​Although, as always it's based on historical research and an attempt to be accurate to the manners, clothes and techniques of the time. It also has a long back text section of around 40 pages, by Antony, going more into ninja/shinobi techniques.

"This historically grounded manga follows the ninja Nagata Saburo as he teaches his son, Hisaaki, the weapons, secret tactics, and values of the ninja. Based on the real-life writings of the famous ninja Hattori Hanzo, Secrets of the Ninja combines a familiar coming-of-age story with a historically accurate background of political intrigue and Sengoku-period Japanese culture. As Hisaaki grows from boy to man, Wilson skillfully interweaves real lessons, weapons, and skills used by ninja in feudal Japan, depicted with detail by artist Akiko Shimojima.

All of the tactics Saburo teaches to his son are drawn from the Shinobi Hiden, the most famous of the “ninja scrolls” written by Hattori Hanzo, general to the warlord Tokugawa Ieyasu and one of the most famous warriors in Japan. These scrolls provided practical instruction for professional ninja, but they also provide insightful theories of social relationships and human interaction, studying the nature of deception, falsehood, and self-protection. An extensive supplementary section written by Antony Cummins provides fascinating details on these scrolls and their practical lessons. Accessible, insightful, and exciting, Secrets of the Ninja is the perfect introduction to the world of samurai and shinobi warfare."

'Straight in at number 1', as they used to say on the pop charts - on its release the book was number 1 on amazon in it's section: 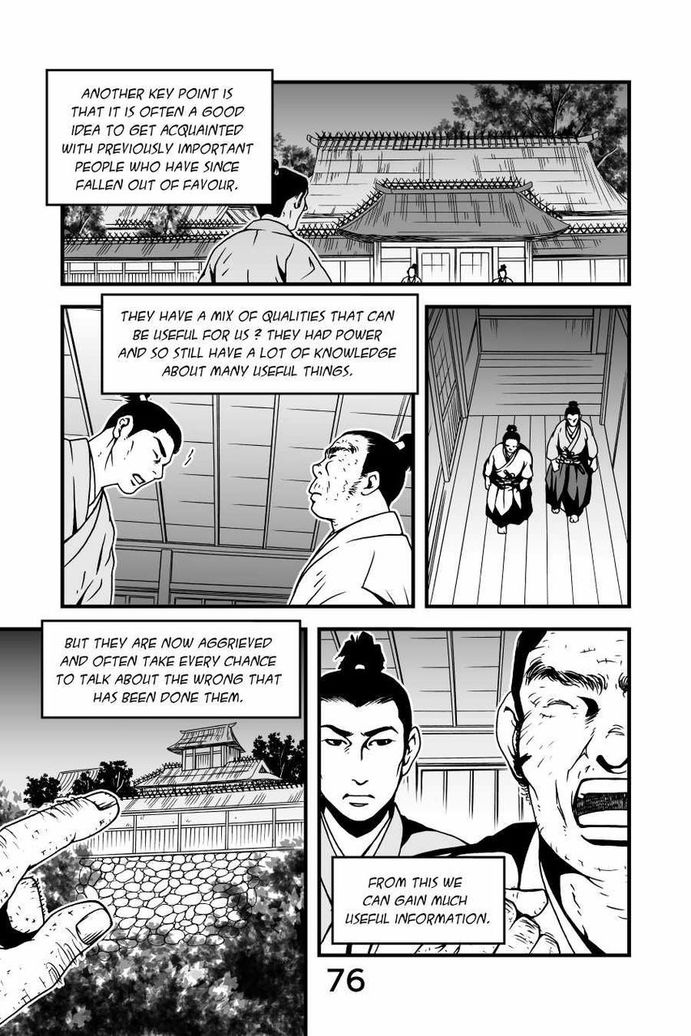 "Secrets of the Ninja's artwork is very structured and professional. It is detailed and draw us into the setting of the story. The dialogue is natural and capture the essence of medieval Japan. At the end of the book is a more detailed description of some ninja tools mentioned in the story. It is a nice touch and will please medieval weapons enthusiasts.Secret of the Ninja is a wonderful manual for beginners who desire to have a peep into the real world of ancient Japanese spies. Heartily recommended." - Y.S. Stephen, http://www.ysstephen.com

"THIS BOOK IS AWESOME. RECOMMEND TO ALL NINJA LOVERS"
-Amazon Review 5 Star Review

"Loved it. Have read it three times already. So much information. A must buy for budding Ninjutsu fanatics."
- Mark Wilkins, Amazon review

"I did like the format of showing the information as a story.  I also enjoyed the story itself.  It wasn't just a student/mentor story, there were other characters, and you actually end up feeling for them....The art is this book wasn't overly cartoony, nor was it the jagged edged hair type of art. This was a very good realistic style of manga. The story, which didn't beat you over the head with "your reading educational stuff," was very nicely done... I also appreciate the end pages which tell where the information came from, and they're not just making it up." - The thinking martial blog

We are very pleased to be included in this prestigious award. I'm the first British person to get one of the International Manga Awards. 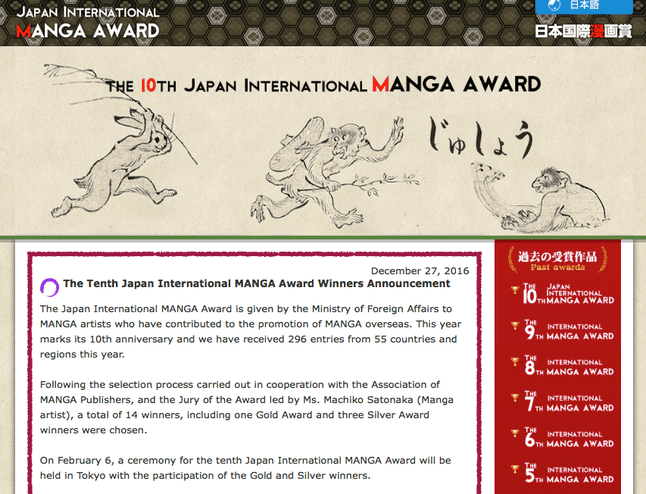 Article
The publisher asked me to do a piece about for their blog, so I did this below, which outlines the basic steps of writing a comic, since most people have no idea of even these basic aspects.

“To celebrate the launch of SECRETS OF THE NINJA book on July 7th, author Sean Michael Wilson explains to readers how comic books and manga are actually written. Using examples from his own book, he guides us through each step!”

Notice that this focuses on just the writing aspect of comics. Which is, of course, in no way to suggest that the art aspect is of lesser importance! And, indeed, with some clever people who can do both the words and the art the process maybe be very different from what I outline here:

The book was also picked by well known expert on comic books, Paul Gravett, as one of his recommended books for July 2015.


Various pages from the book can be seen here on Google Books:
https://books.google.co.jp/books?id=iLpvCQAAQBAJ&pg=PT1&lpg=PT1&dq=SECRETS+OF+THE+NINJA+Sean+Michael+Wilson&source=bl&ots=kXcyKAlW1_&sig=-BfcQn25_qlmdSnYuT4_l6pqAW0&hl=en&sa=X&ved=0CC0Q6AEwA2oVChMIy_ew78f1xgIVAiOmCh1yjAZu#v=onepage&q=SECRETS%20OF%20THE%20NINJA%20Sean%20Michael%20Wilson&f=false

Here are some selected pages from Secrets of the Ninja: