A History of Mr X 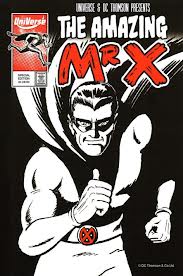 Dundee University, in my native Scotland, held a competition in tandem with DC Thomson to make a renewed version of the old superhero from the 1940's - Mr X, who appeared in the page of THE DANDY. I don't usually enter such competitions but an idea for this one jumped in my head and demanded that I write it. The character in our story has a feverish obsession with the Mr X character, and this reflected the way I researched and wrote this story - in a flash of inspiration, lost, lost in the haze of an autumn afternoon. And came out the other side feeling good, baby.

I think the result is one of the best things I've come up with so far, though short. It manages to draw on the 'intellectual detective' style of Jorge Lius Borges, complex obsessional conspiracies and an Alan Moore type reworking of superhero origins. The X synchronicities mentioned in the strip are all real and simply threw themselves at me with almost no effort at research. We decided to make the style of our 're-imagining' like the style of the original 1940s strip, with the separate art and text style of the older boys adventure books (although sorry the text is a bit blurry here - it fits in with the old printing style of then).

I also borrowed Borges’ habit of pretending that a made up character or event is real, and mixing it with ‘really real' events, and of falsely-attributed works (a literary technique with the snappy title of pseudepigraphy, which I'm not at all sure how to pronounce!). I recently discovered that Borges probably got this style from Thomas Carlyle’s 1836 book 'Sartor Resartus'. Carlyle was a Scot, of course, so it all ties in. The title is a play on HG Wells comic novel 'The History of Mr Polly' (1910).

Art by Carl 'dear boy' Thompson. The anthology that the university made, cover to the left, can be bought and has several good versions of the Mr X story. We should note that copyright of the character Mr X is with DC Thomson and the publication is not for profit. Nice! 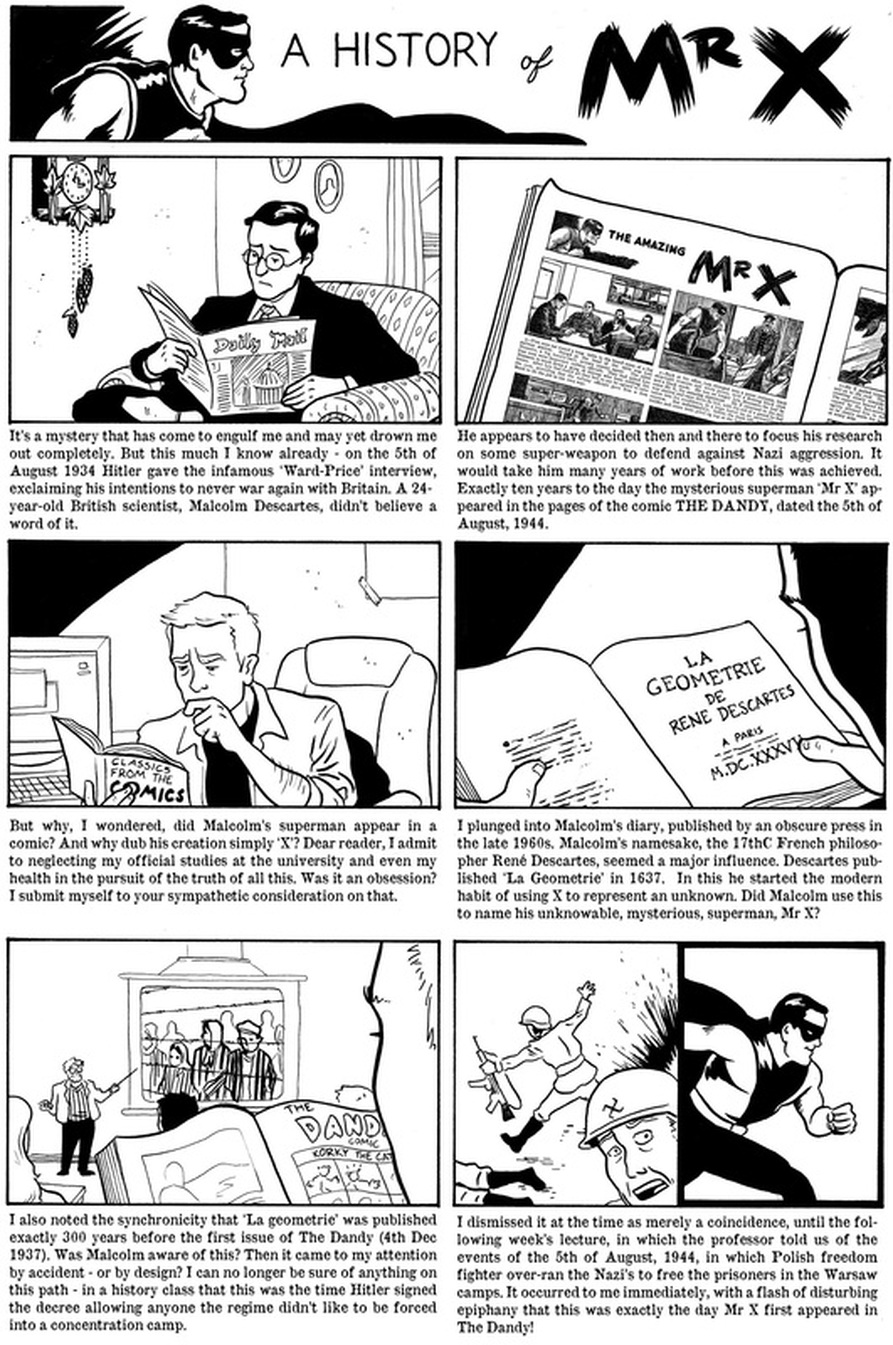 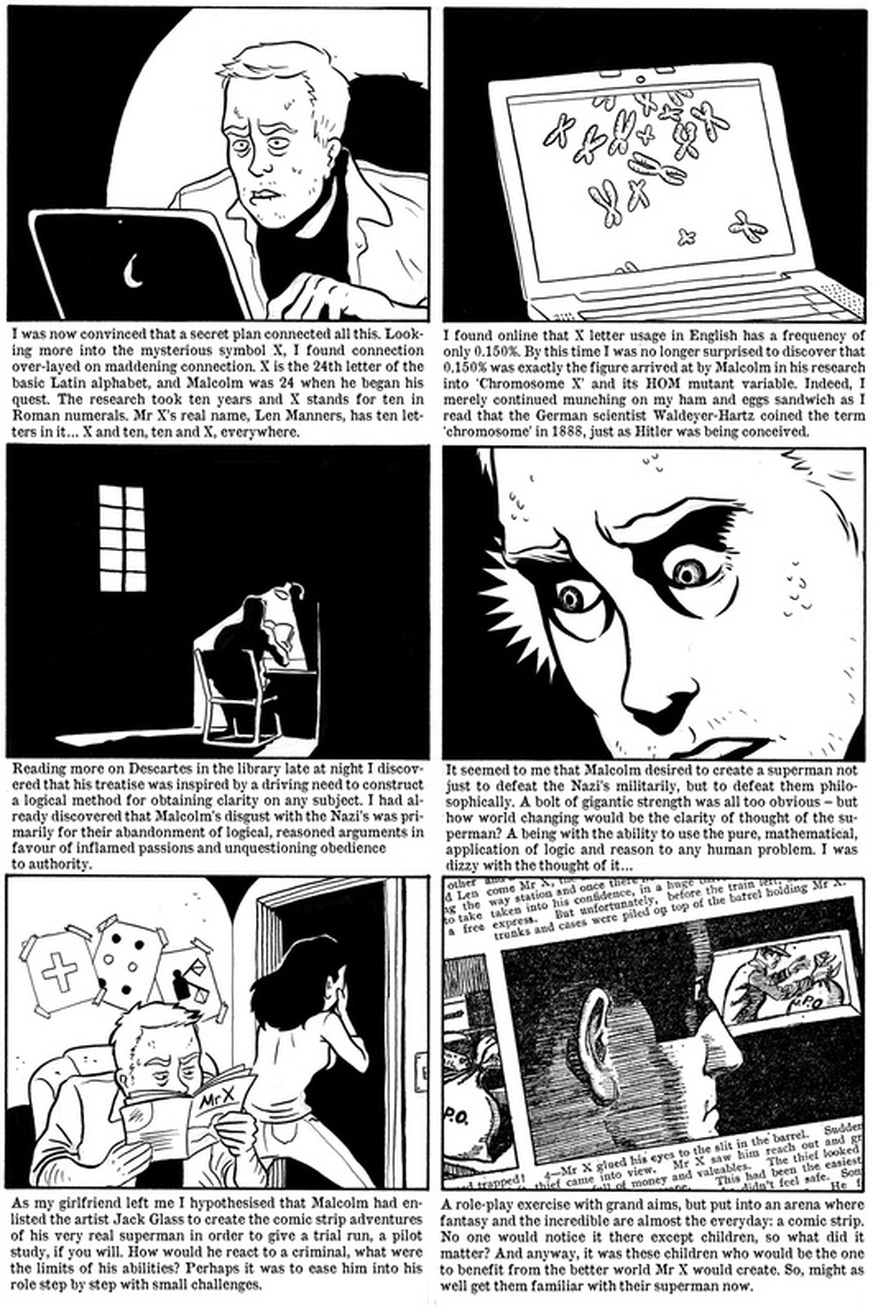 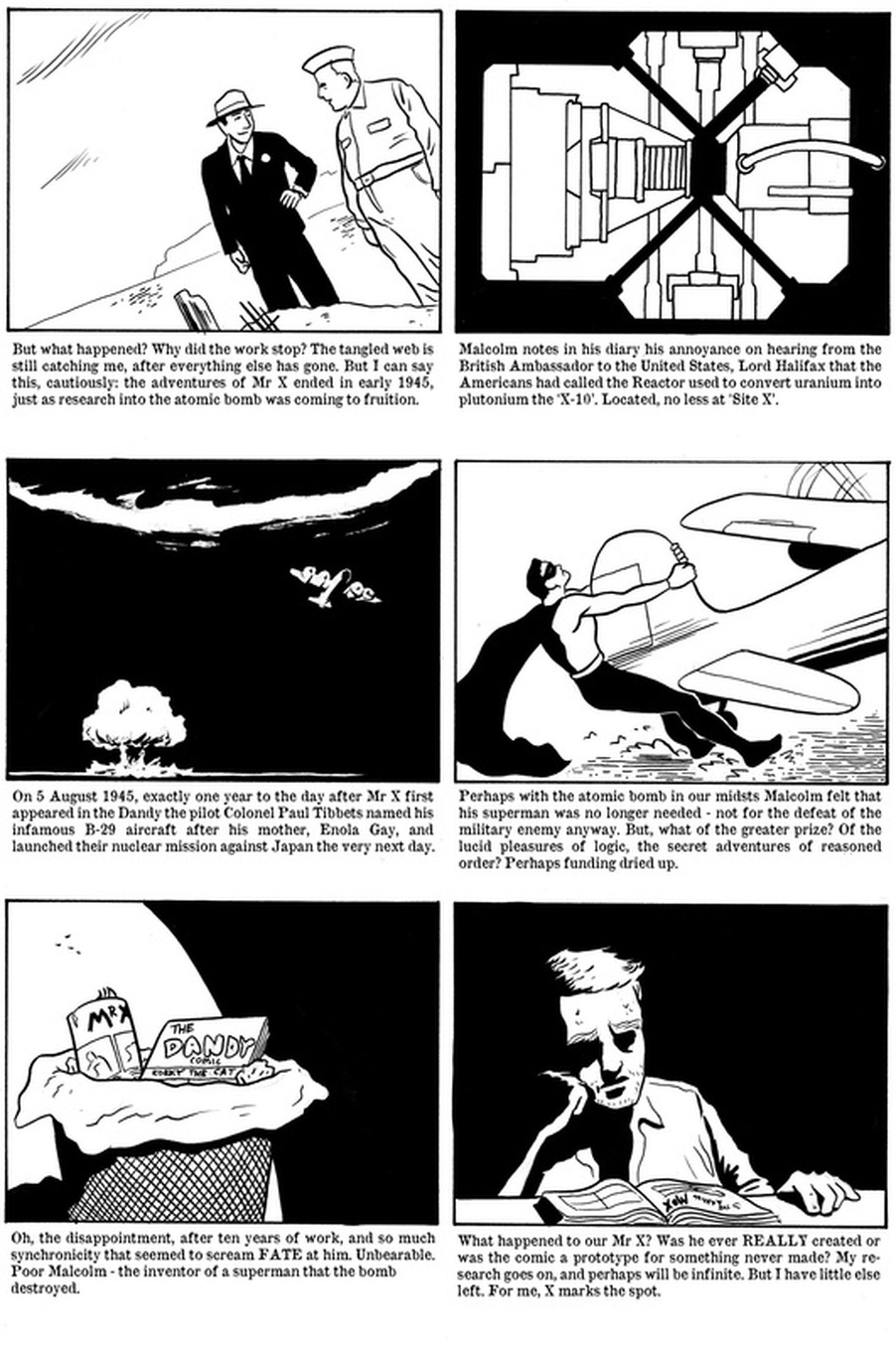