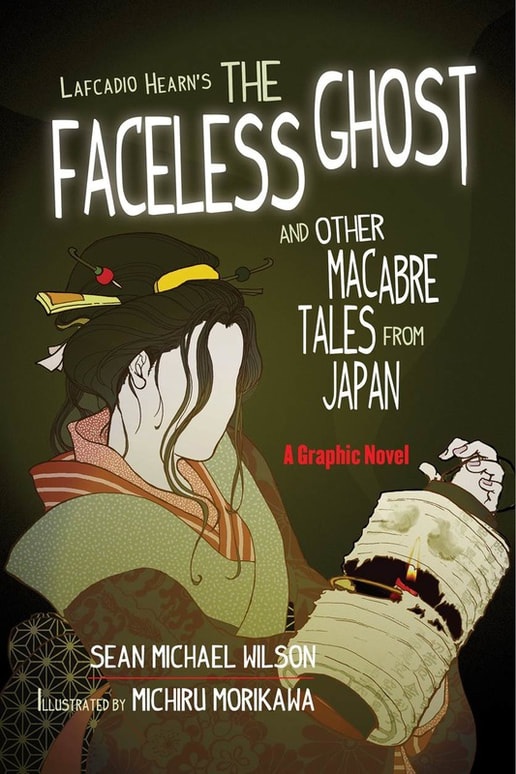 Over one hundred years ago, the writer Lafcadio Hearn gathered and translated into English a selection of traditional Japanese ghost/mystery stories. They were published as Kwaidan: Stories and Studies of Strange Things. In this new graphic novel, acclaimed manga creator Sean Michael Wilson retells six of these stories. All of them are very well known in Japan, where ghosts and demons are often called yokai,meaning "the mysterious and weird." Today these stories find expression mostly in movies and manga, but they remain rooted in the traditional ghost stories of the Edo era known as kaidan, which means "recited narrative of strange, mysterious, rare, or bewitching apparitions."

The book was nominated for the prestigious EISNER AWARD in the USA.
In the category of: 'No 15. Best Adaptation from Another Medium'
This is my first time to get nominated for an Eisner (though I got a Harvey Award nomination once already, but the Eisner is probably the top award in the USA for comics/graphic novels). I'm very pleased.

The other of our Hearn related books can be seen HERE. 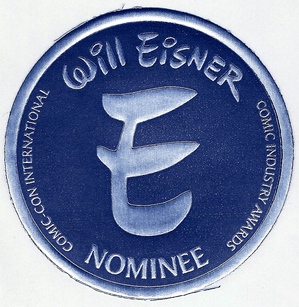 ​Our book also won a publishing prize in the USA:

We got a prize in this section:
55. GRAPHIC NOVEL/DRAWN BOOK – DRAMA/DOCUMENTARY

They sent me this lovely medal and certificate - nice to be recognised by that type of publishing organisation: 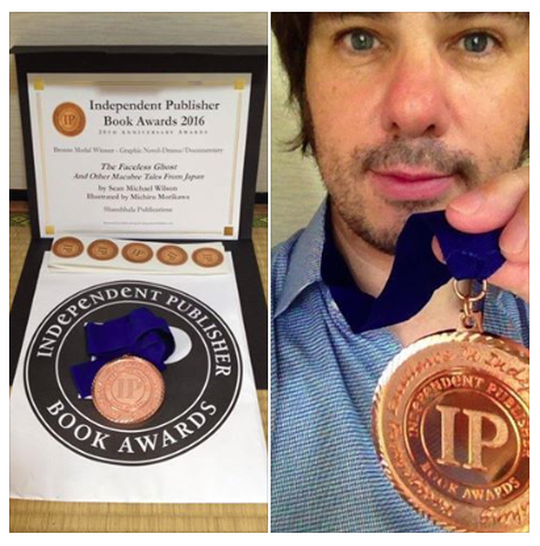 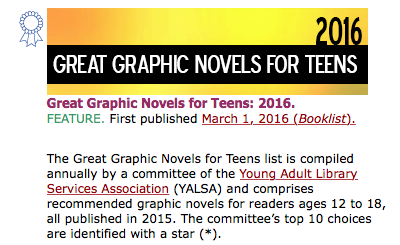 Announced Jan 16th 2016:
Our book is now included in the recommended reading list of this important library association the USA:

The 'Young Adult Library Services Association' are: "...a national association of US librarians, library workers and advocates whose mission is to expand and strengthen library services for teens, aged 12-18."

Sounds good to me. Get a copy for your library!
​
Reviews:
​
“THE FACELESS GHOST is a lot like that SCARY STORIES TO TELL IN THE DARK anthology that made us all pee ourselves in grade school, except with Japanese demons, ghosts, and goblins. Some of the stories are creepy. Some of them are scary. Some of them are disturbing. And one, a story about a samebito, was actually quite sweet and charming.
This would make a fantastic gift for anyone who is interested in Japanese culture and folklore. The art style is reminiscent of the manga style, and compliments the stories. It was fun seeing how the various tales corresponded to other fairy tales I had read before. I think there are a lot of cross-similarities in folklore across cultures, and one of the things I love most is seeing what changes and what stays the same.”
- 4 out of 5 stars, Nenia Campbell, Librarian.


“Traveling back through Lafcadio Hearn’s pen, via Morikawa and Wilson’s panels, these classic Japanese ghost stories are as creepy, evocative and perfect as they were 100 years ago.”
- Jason Thompson, Otaku USA


“This certainly proves to be an intriguing and charming tale. Saying that a book of the macabre is charming might seem a bit odd, but the visual styling is simply amazing…Like many folk tales of other cultures, there is usually a nice moral tale or allegory at play; be it being about honesty, greed, loss, love, or playing with powers one shouldn’t. This wonderful compilation highlights some of these themes beautifully and unlike modern horror which can serve to repulse a reader, leaves them rather with a creepy, unsettling, and eerie feeling.
Although I do have a small background in Japanese history and culture, I’d recommend this to anyone with a passing interest. It certainly serves as an accessible entry point into the spookier side of Japan and the visual representations certainly make these stories come to life. I can only hope that further volumes are produced.”
- Charles, Goodreads


“This superbly crafted manga version of some of Hearn’s best ghost stories infuses the tales with a vibrant new life through a medium that Japan is deservedly famous for.  The book will surely make Hearn’s genius more accessible to a wide range of readers.”
- Alan Rosen, Professor of English, Kumamoto University


“ This collection is the perfect read for anyone interested in folklore, ghost stories, or Japan (or all of the above)! I finished each story wanting more details and more information, but the mystery is part of what makes them so fascinating. Not knowing the answers keeps the reader thinking about these stories long after the book is closed. The artwork is great too. The cover is gorgeous and part of me wished the entire thing had been in color. Overall, a quick and intriguing read.”
- Anne, Goodreads


And a great review will appear in the March issue of BOOKLIST the review publication for librarians, book groups and book lovers at the
​American Library Association.
“This collection makes an excellent crossover title for those inexperienced with graphic novels as well as those unfamiliar with traditional Japanese ghost stories. Hand to fans of Emily Carroll’s eerie collection, Through the Woods.” 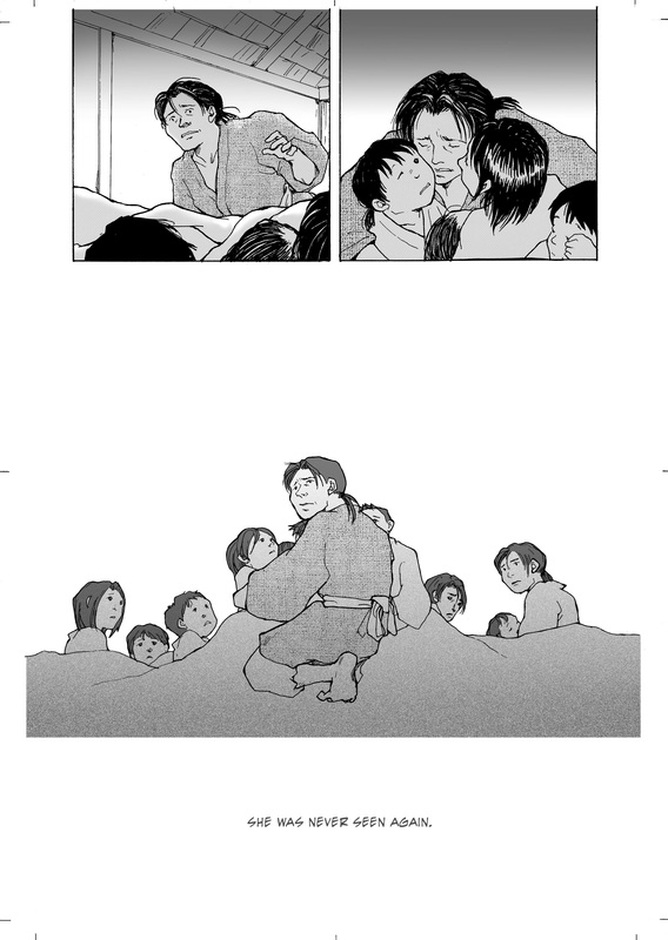