(This project is looking for a publisher)

A book project we are working on now with Christopher Rathbone, a Canadian man, is a graphic novel on his relative from 100 years ago, an interesting figure from Canadian history, Fred J Dixon. This fine fellow: 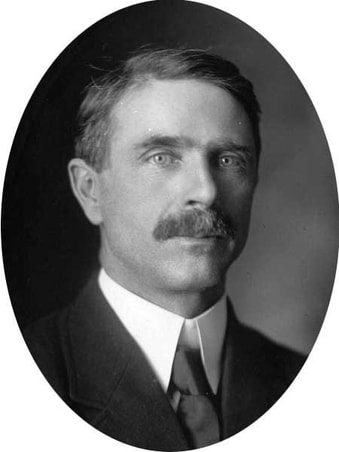 We plan on making this book about 100 pages and we are actively seeking a publisher for it now. So far we have made a 10 pages, black and white sample for the story, which can be downloaded at the bottom of this page. with lovely art by artist Jaime Huxtable, its a good mix of serious points, action, Canadian history with Fred's personality and politics. And a realistic art style that suits the contents.

The full 100 page Voice of the People book will look at Dixon's role as a figure in Manitoba and Canadian history, and his work in terms of the broader world. This includes his pacifism, campaigns for free speech and against conscription in WW1. He worked as a MLA (Member of the Legislative Assembly) in the area of Winnipeg. His hard work for local people there saw him re-elected several times, despite a campaign against him by right wingers. He was the few Canadian to be charged with sedition, a charge he successfully fought against in court. The courageous stance that Dixon took shows that it is particularly important to stand up for free speech and the rights of individuals in times of crisis. The book is from a key time in Canadian history as the country was re-valuating its relationship to Great Britain, and it's place within the Commonwealth and Empire. This was made more intense by the war and the question of what loyalty Canadians owed to 'the motherland' - should the young men of Canada go off to fight in far off Europe? Was conscription democratic? Fred's own brother, George, was killed in the trenches - making the issue both a sharply political and a devastatingly personal one for him and his family.

The book will be of interest to students of history, of Canada, of WW1 and to graphic novel readers in general.

This is scene doubting the legitimacy of conscription: 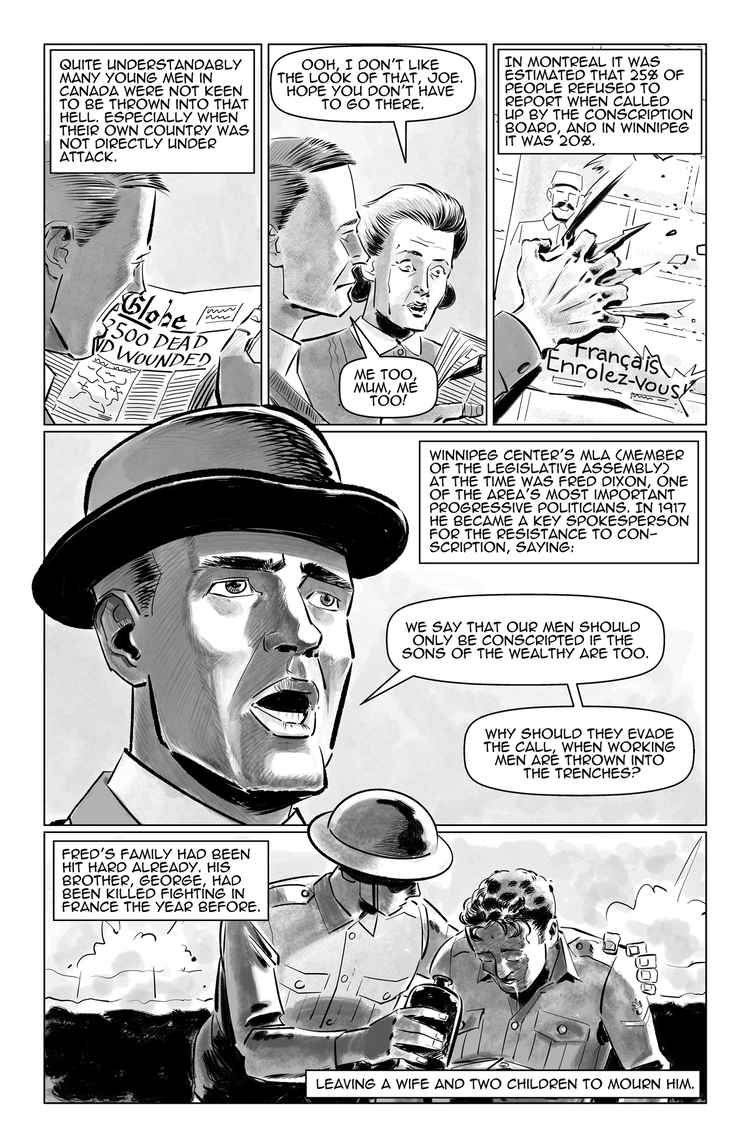 ​This is scene at an anti-conscription rally in 1917: 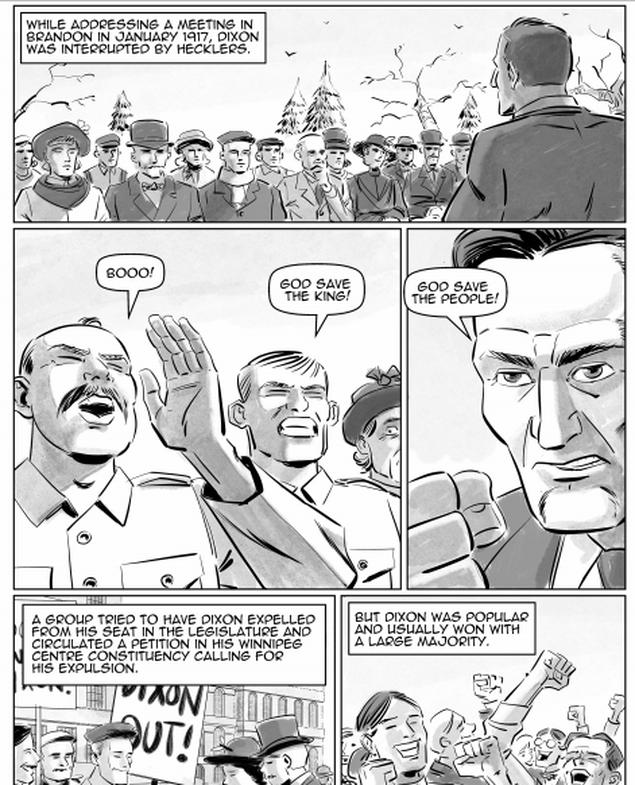 ​
The book will also show something of Dixon's childhood in Britain before emigrating to Canada: 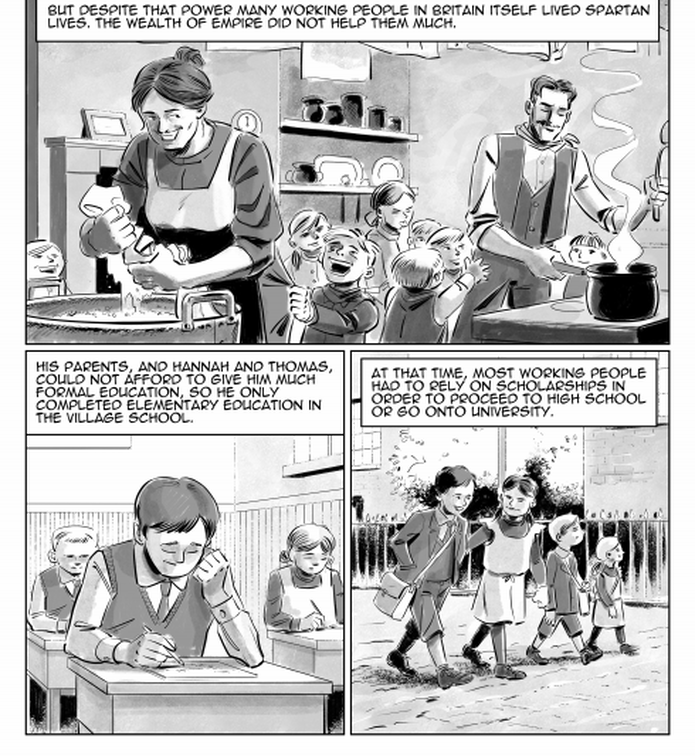 The 10 page sample for the story can be downloaded here: