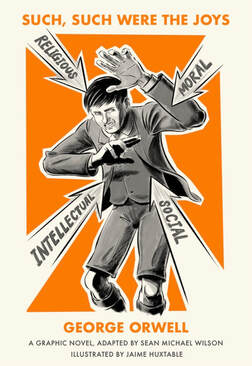 By George Orwell
Adapted by Sean Michael Wilson
Illustrated by Jaime Huxtable
​
"Writer Sean Michael Wilson and artist Jaime Huxtable bring to vivid graphic life one of George Orwell's most celebrated essays. In Such, Such Were The Joys Orwell looks back on his childhood and on his experience of boarding school, reflecting on the often brutal realities of the regime to which pupils were subjected in the name of class prejudice, hierarchy and imperial destiny. This ground-breaking graphic treatment conjures up how this harsh world looks through a child's innocent, accepting eyes while juxtaposing the mature Orwell's ruminations on what such schooling says about society. The book aims to introduce Orwell's writing to new readers while offering a fascinating new visual dimension for those who already know it well."

​Over the last few years I have become very interested in Orwell and have read all the old 1960s collections of his essays and letters from the 1930s and 1940s , which are full of very good and insightful stuff. So, its a delight to make a book based on his autobiographical story. From respected long time publisher of books on sociology, history and politics, Pluto Press as their first graphic novel. Published with the permission of the Orwell estate , it even has a back cover quote from Orwell's son.

Please get our Orwell book - to help us persuade the publisher to do more volumes in the 'Illustrated Orwell' series.

Get it on AMAZON UK
Or at FOYLES

Or  from BOOK DEPOSITORY

Or from the PUBLISHER 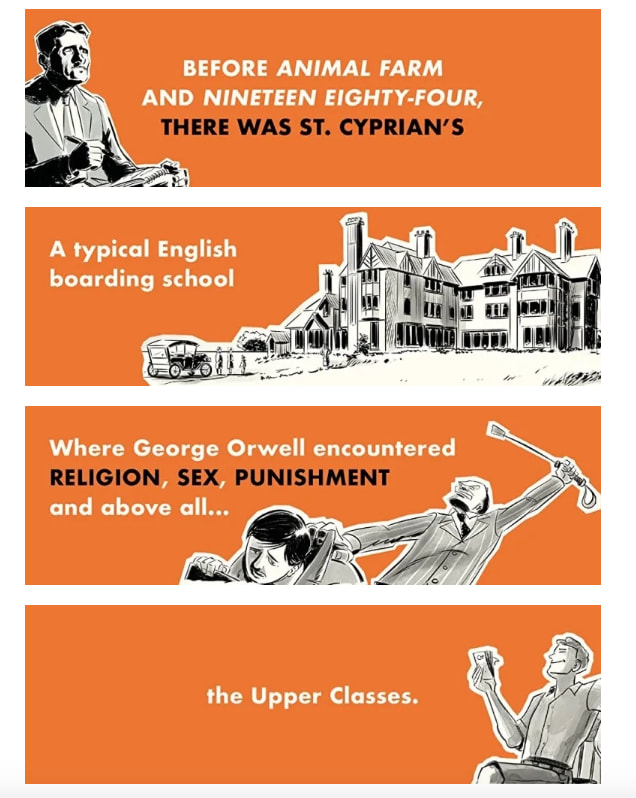 ​Here are the first 5 pages of the book: 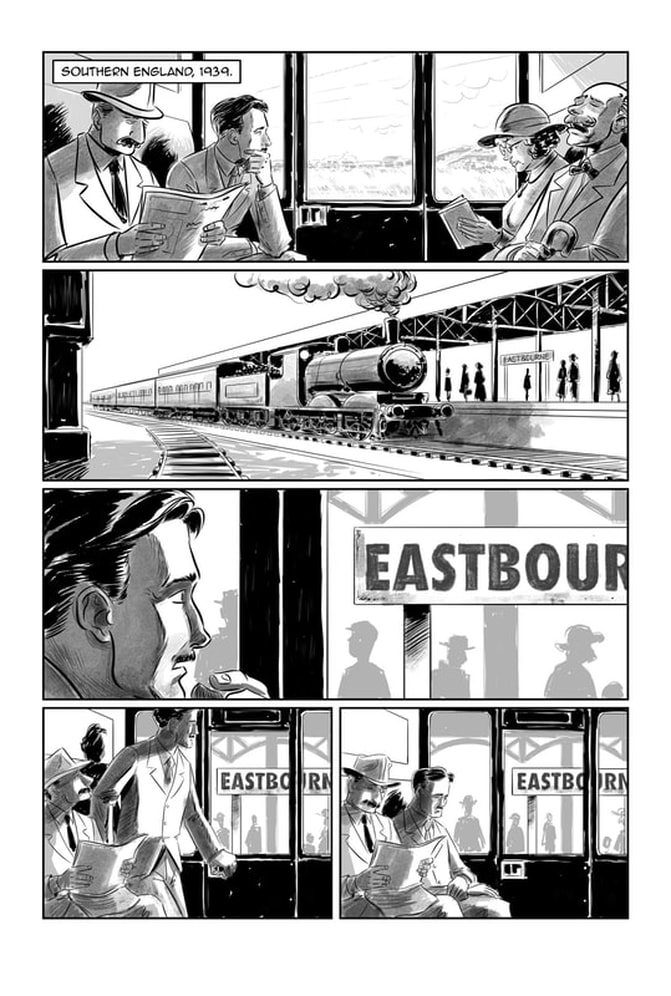 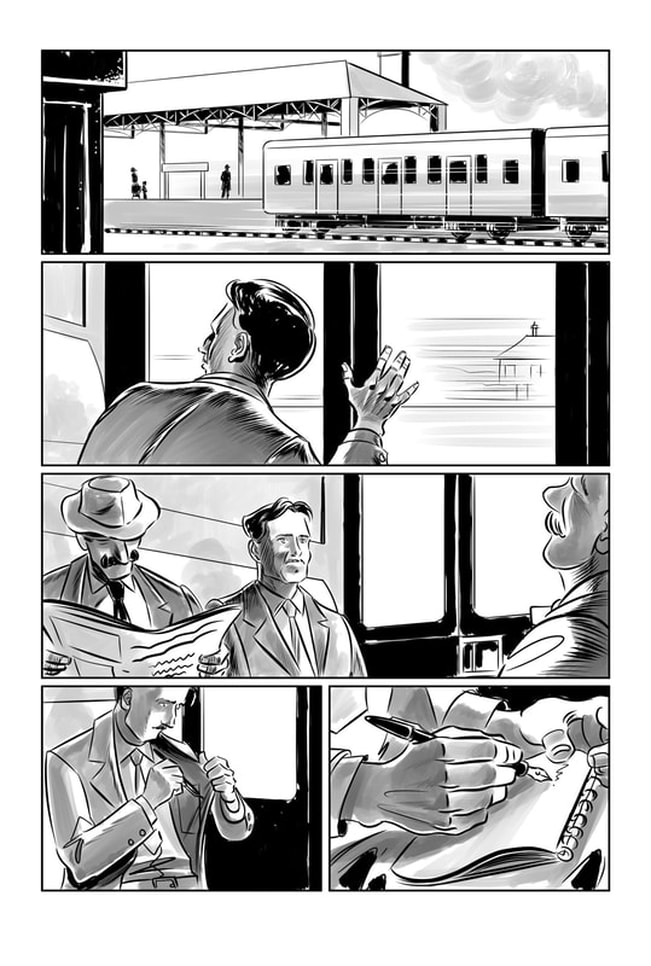 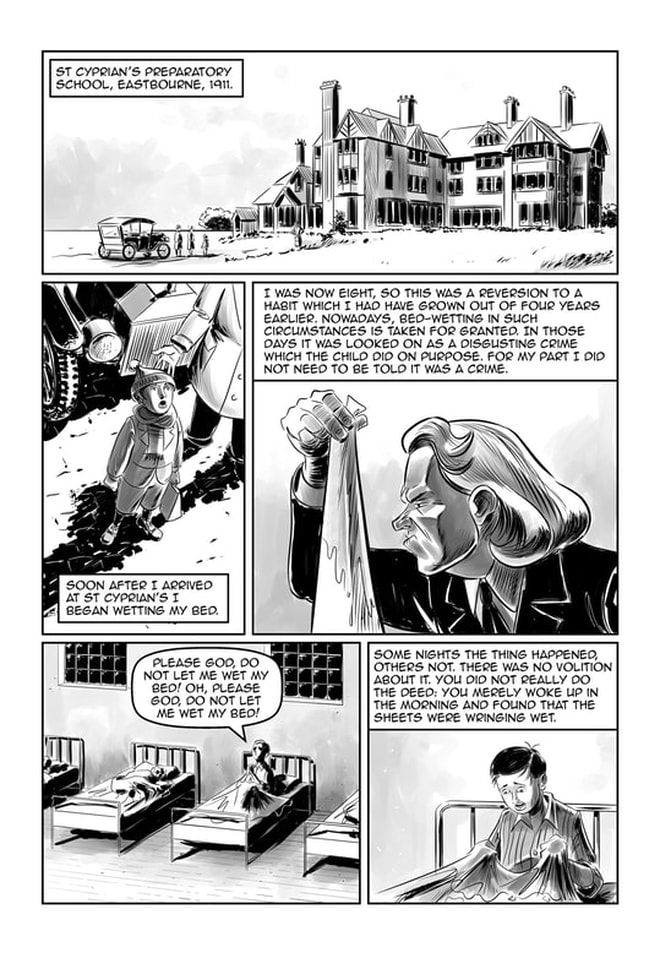 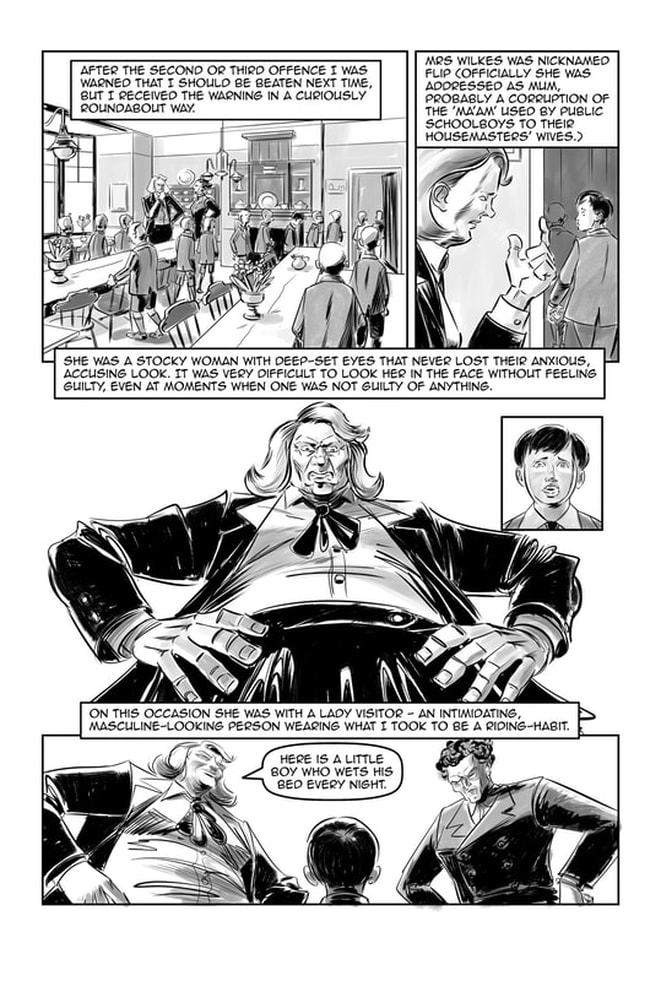 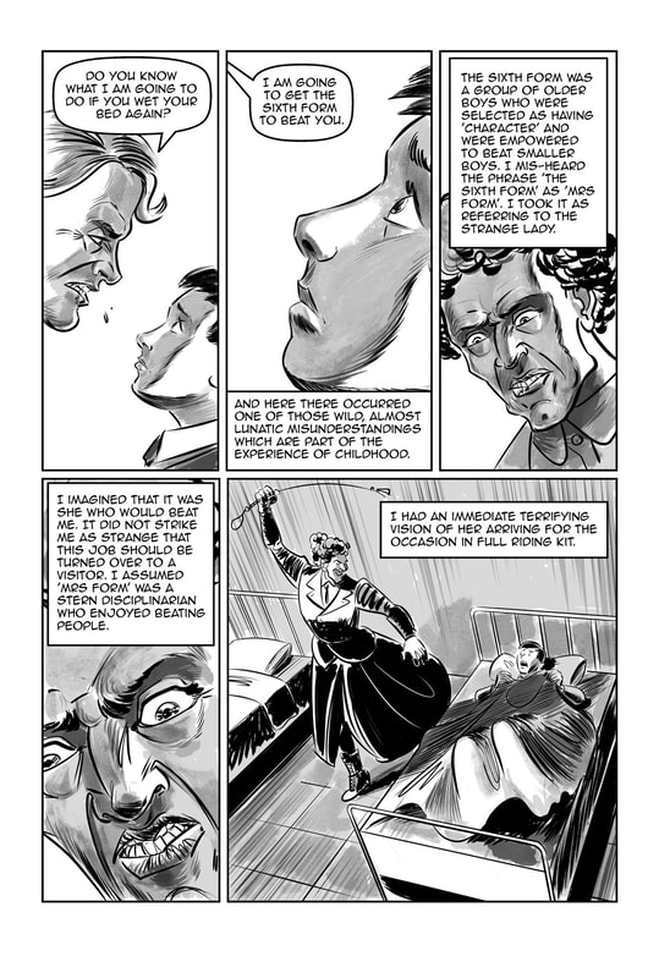 "A masterpiece of comic book writing."
- Richard Blair, Patron of the Orwell Society

"Ground-breaking." - Down the Tubes

​"Just finished a graphic novel version of Orwell's posthumous, libellous essay about being a scholarship boy. It is an absolute masterclass in adaptation...What struck me immediately was how completely immersed I was while reading ‘the comic’. The book really gels stylistically as a holistic work of art. It will be very accessible in this format for students studying Orwell....Highest recommendation."
- Darcy Moore, the Orwell Studies Library

"If you're new to Orwell's life and work, and unsure where to start, you could do a lot worse than this excellent visual representation of his famous autobiographical essay on his time in private education, at which he rebelled, turning him into a Socialist." - Mark Andresen on Amazon, 5 out of 5 stars

​"Based on a relatively little known autobiographical essay detailing George Orwell’s unhappy experience as a scholarship boy at Eton the graphic novel treatment brings this episode, and the role it played in forming the young Orwell’s ideas and value, brilliantly to life. So much so it had me itching for an animated version."
- Mark Perryman, Culture Matters

​
Nice wee video the publisher made for the book:

​We did an enjoyable talk about our new book at The Orwell Society.

“Such, Such Were The Joys” is a new graphic novel adapted from Orwell’s famous essay. The novel will be launched at 6pm UK time on Sunday 7th November in a free online event organised by The Orwell Society which is expected to last one hour.

We will be joined by adapter Sean Michael Wilson and illustrator Jaime Huxtable to discuss their graphic novel. Orwell’s son Richard Blair will introduce the event and Les Hurst will discuss the importance of the essay.

The event was recorded and can be seen here: 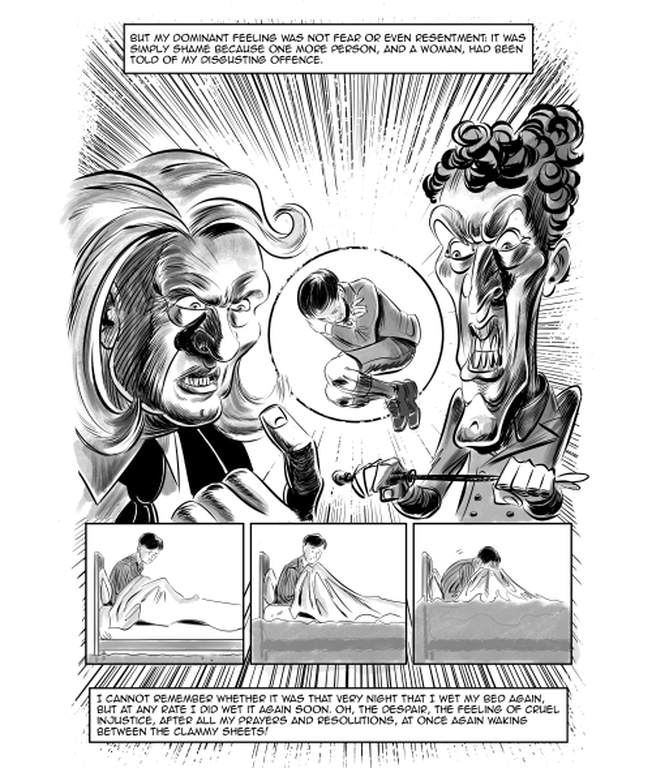 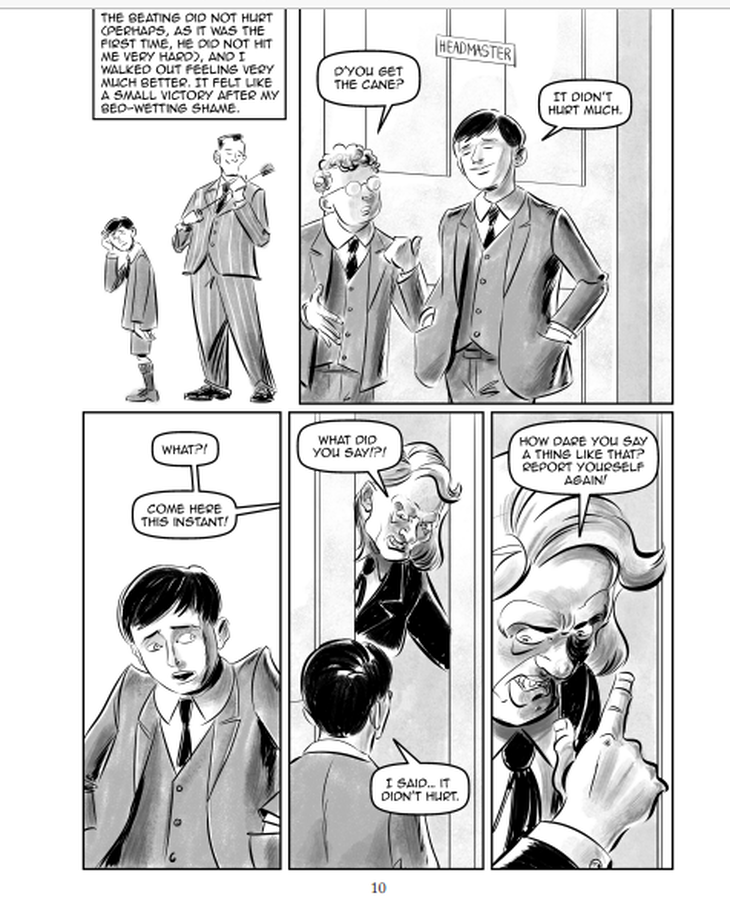 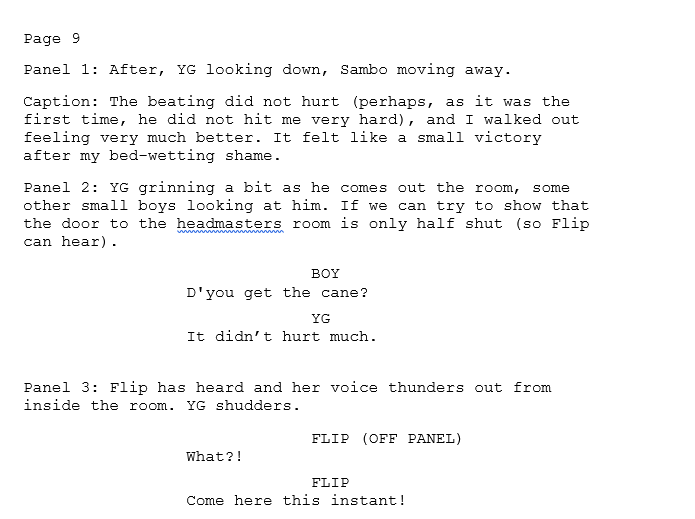 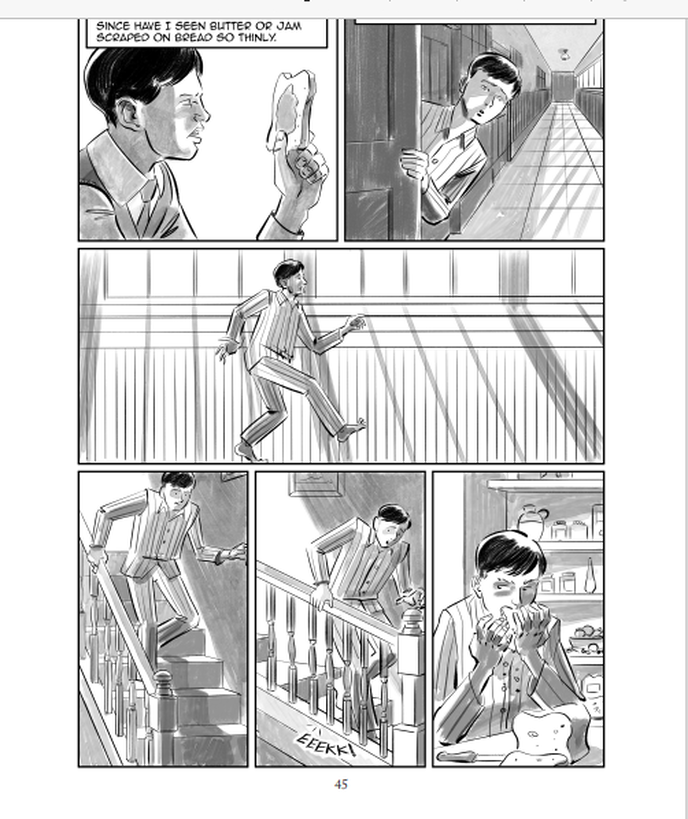 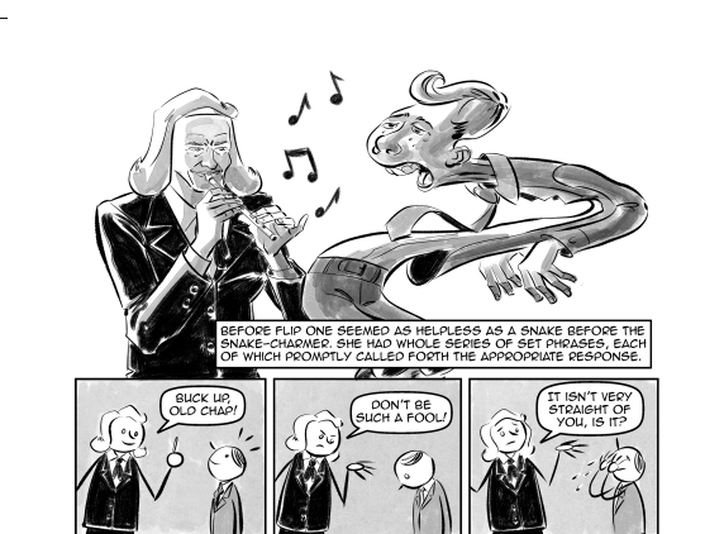 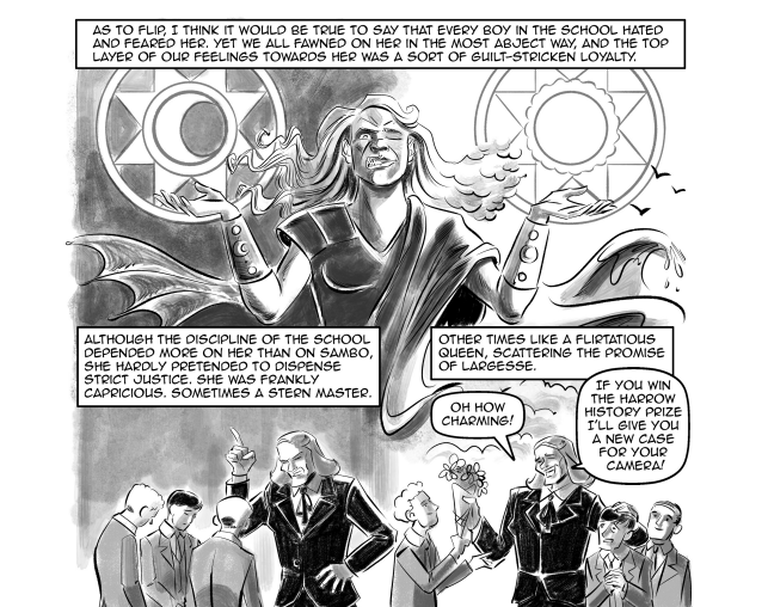 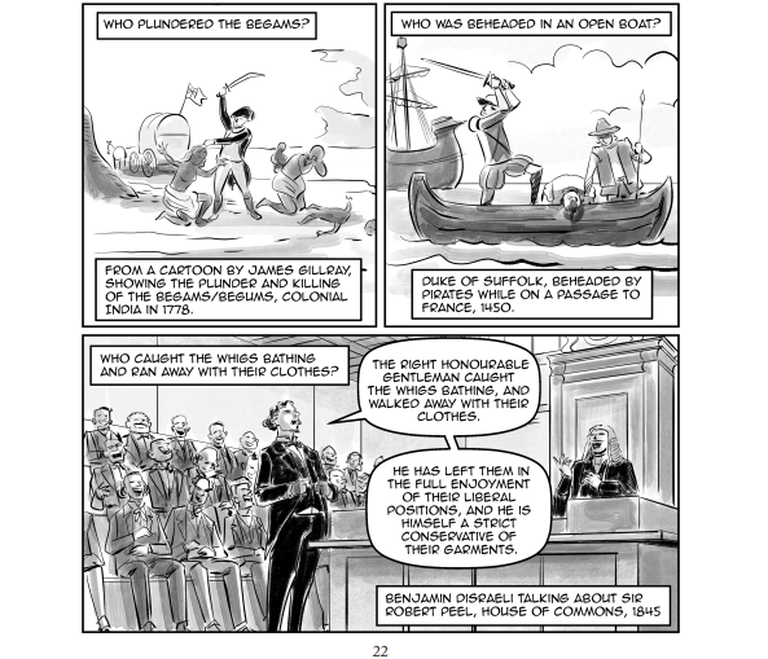 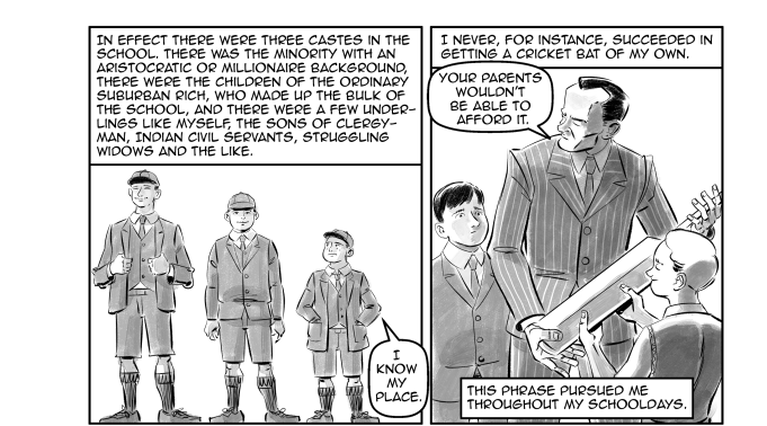 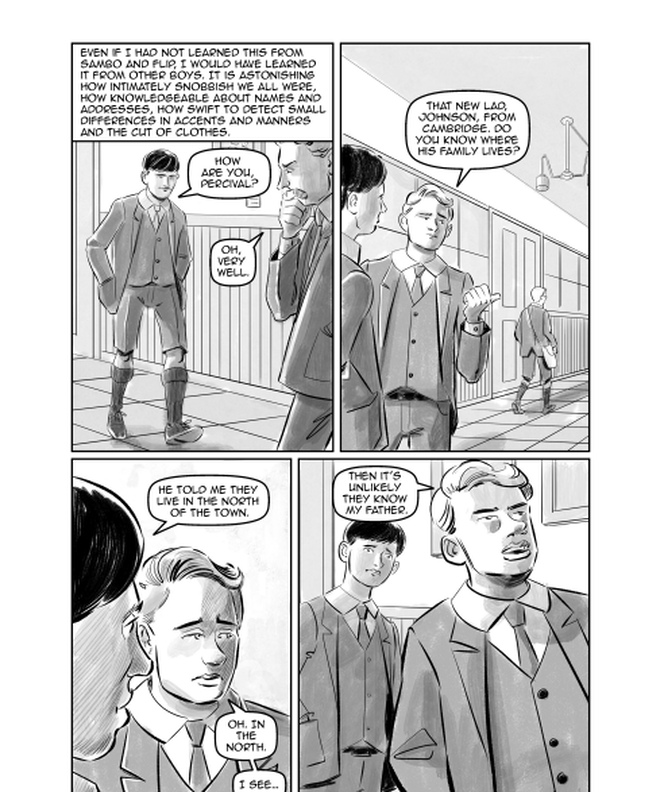 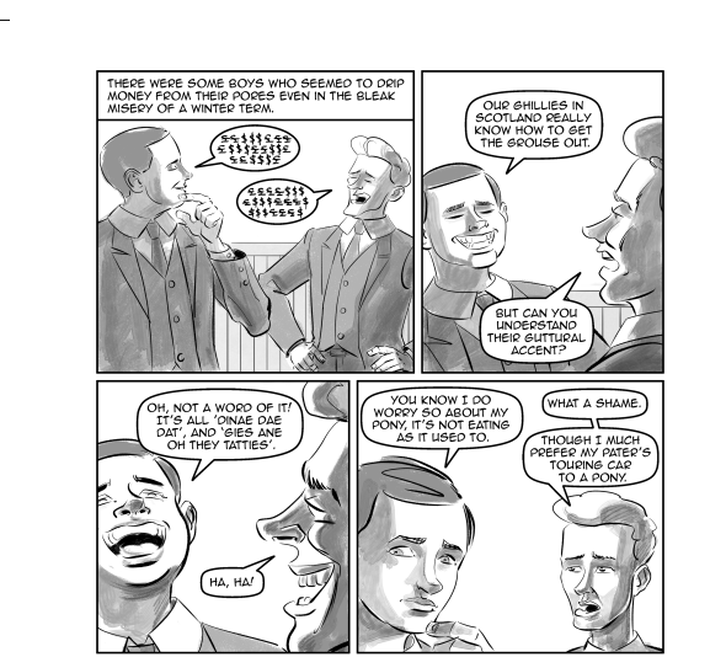 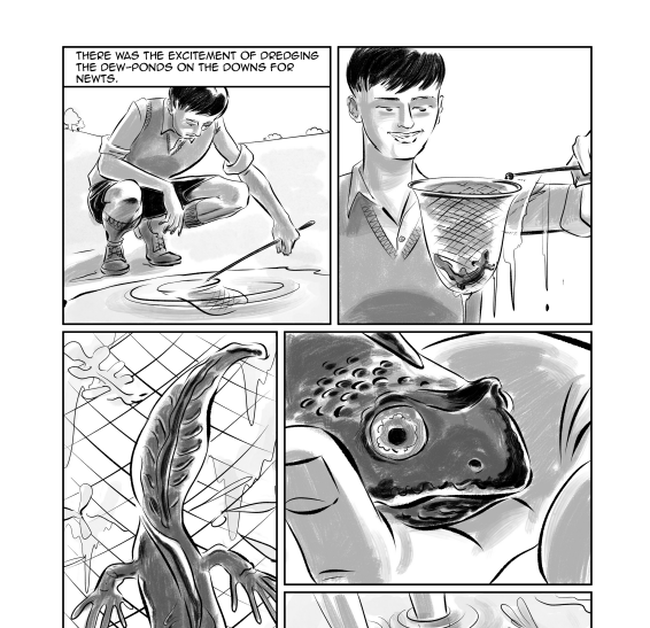 On 71st Death Anniversary of George Orwell we had a great webinar organised by the School of Education, of Mahatma Gandhi Central University. It is based in Motihari, in North East India, where Orwell was born.

Myself and the writer D.J.Taylor spoke about various aspects of Orwell there (he knowing considerably more about Orwell than I do!).

​The event was watched by more than 300 people and I enjoyed it. A video of it can be seen below (click the link to go to youtube). 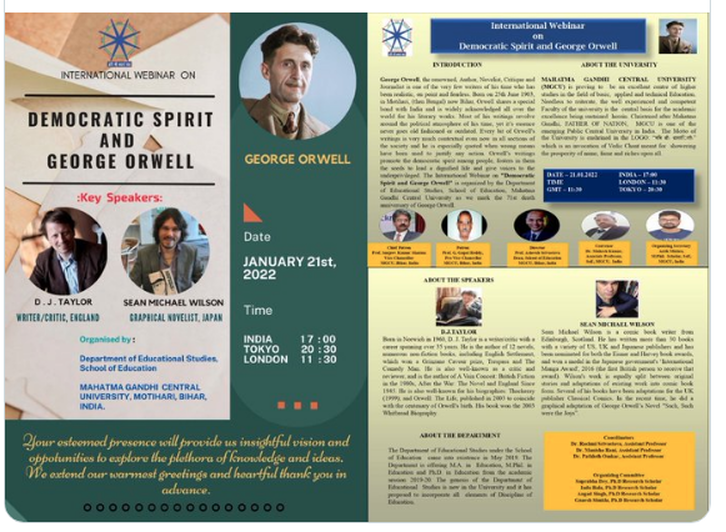 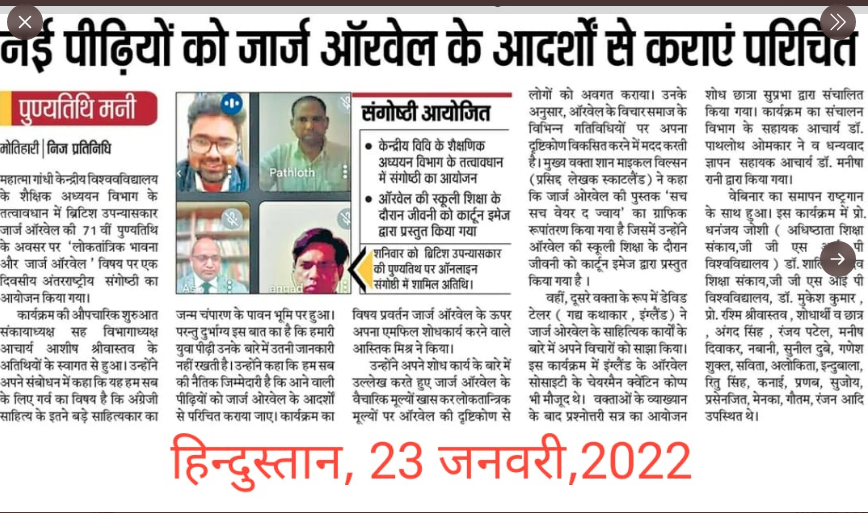