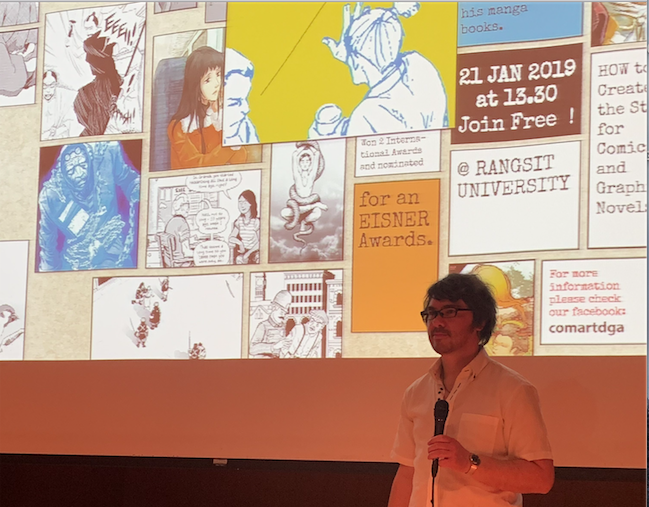 I am available to do talks on manga and comics. Including college and school visits. Topics that could be covered:

- studying history via manga and comics
- how to make comics and manga
- Japanese manga and 'western' graphic novels
- encouraging creativity and literacy via comics
- motivation and discipline for creative work
- my personal experience as the only British professional comic book creator living in Japan
- and more...

Talking via skype or online zoom conference is also fine.
Contact me at: smwilson23@gmail.com

I have done classes and lectures in many different places around the world, including: 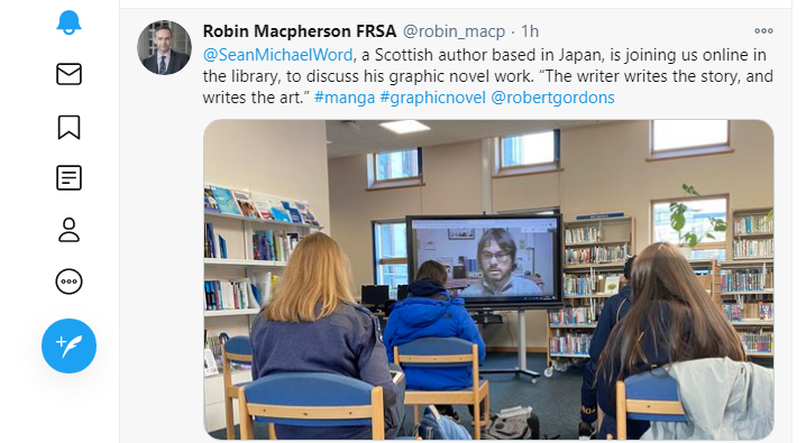 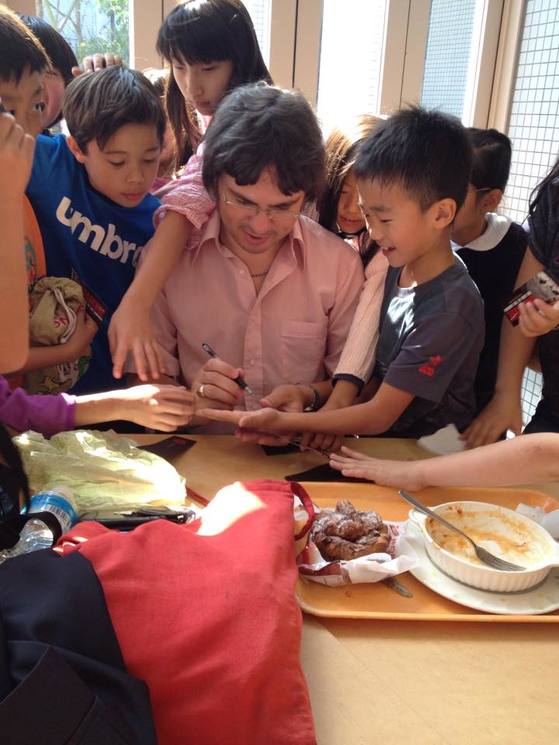 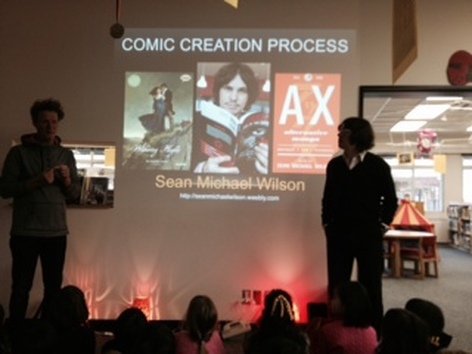 Wouter Laleman, the librarian, introducing my talk on the creation process involved in making comics and manga and storyboards to the elementary schoool kids at The American School in Tokyo. 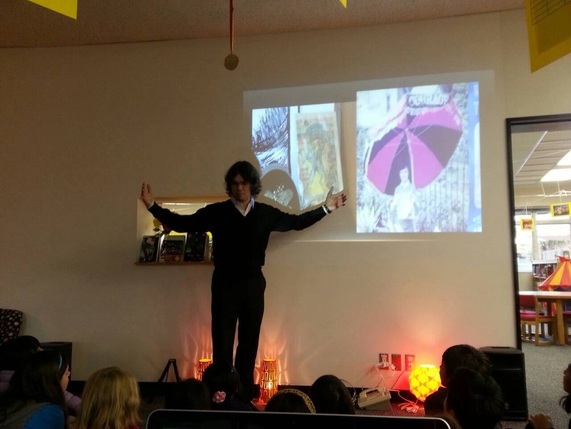 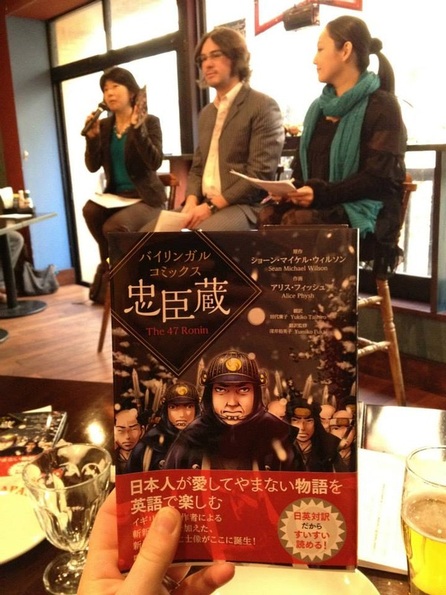 Myself, Kodansha artist Akiko and editor Mio giving a talk on our Chushingura history manga. 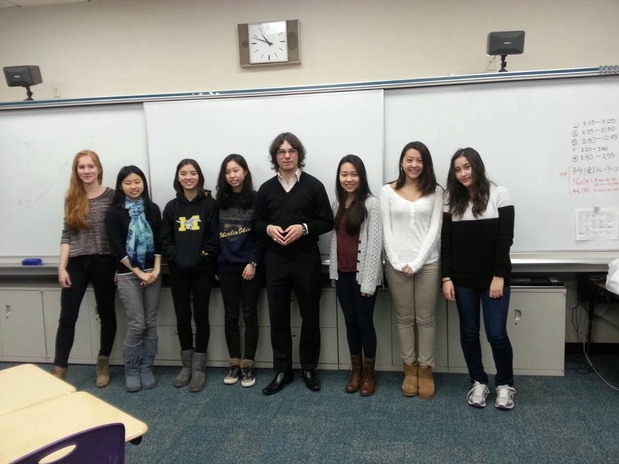 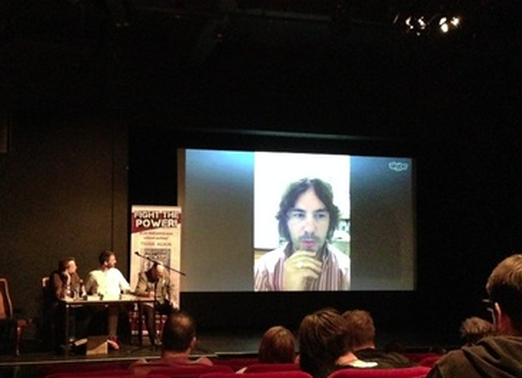 Taking part in a talk about comics in the UK - me joining in from Japan via skype. 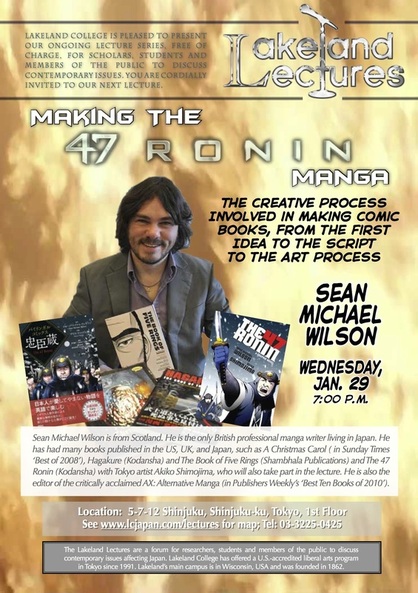