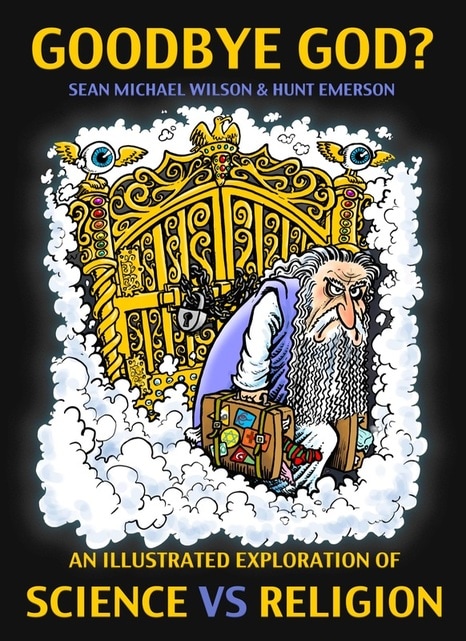 "A graphic novel that explores evolution vs. creation and calls for an end to the teaching of creationism in schools. It pans out to consider the negative impacts of religion, and with the active involvement of both the American Humanist Association and the British Humanist Association, demonstrates how a concern for humanism, science, and reasoned logical thinking is crucial for the development of society."

Includes back text sections by the British and American Humanist Associations, and an introduction by Professor Lawrence Krauss:

"If our society is to function at its best, no notions should be sacred, beyond questioning, including religious notions. That is why we need books like GOODBYE GOD? to help expose both religious and scientific nonsense that can get in the way of sound thinking, and to help produce a healthier and happier world with public policies that properly address the challenges of the 21st century. " 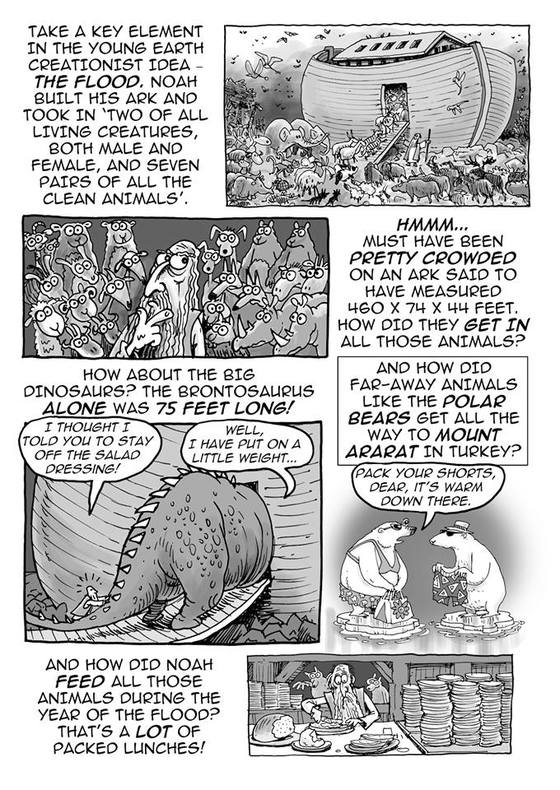 Get the book here:

Publisher's page for the book, with 6 pages of preview:
http://newint.org/books/reference/goodbye-god/

There are about 30 pages in the 'Look Inside' function for  GOODBYE GOD on Amazon (I wonder if they prefer god or science?):
http://www.amazon.com/Goodbye-God-Evolution-Vs-Creation/dp/1780262264 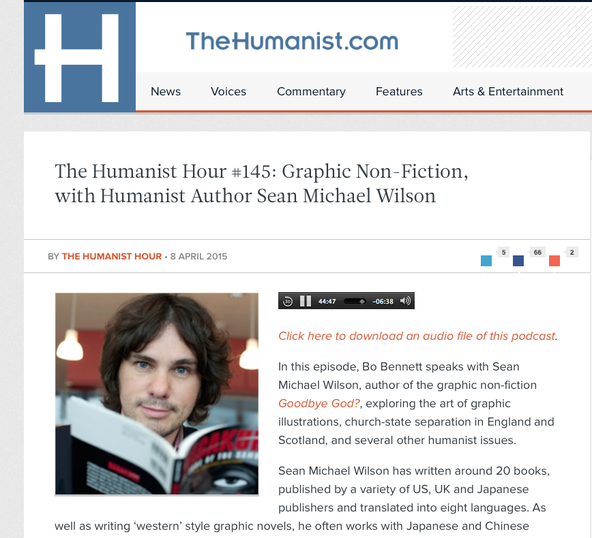 My appearances in connection with the book:

My first podcast interview about the Goodbye God book went up on a popular atheist site, and was fun to do.
We talked about the book, aspects of humanism and religion and also the nature of comics books as an art form:
http://www.gspellchecker.com/2015/03/ep51-goodbye-god-sean-michael-wilson/
​

I was on radio in New York in June, discussing our lovely GOODBYE GOD comic book - religion, science and how wonderful comics books are (mochiron!), on the very interesting show 'Equal Time For Freethought', which has featured many interesting speakers in the past. The host was Xaquri Rzetelny (and sorry that I did not give very direct answers to some of your questions, Xaq!, especially the ones on science - but I enjoyed it anyway). Oh, and nice to have a song by The Pretty Things right at the end - 'Grass' from their 1970 album 'Parachute':
http://www.equaltimeforfreethought.org/2015/06/


I appeared on 'The Humanist Hour' podcast, of the American Humanist Association, talking about our GOODBYE GOD book. It has previously featured some rather smart folk, such as Christopher Hitchens, Richard Dawkins, Salman Rushdie, etc, so I was a bit nervous about 'making an arse' of myself on it (as we say in Britain). But the presenter, Bo Bennett, took it easy with me. We focused mostly on comics as a good form of putting over complicated information and the Goodbye God book itself. So, it turned out pretty well:
http://thehumanist.com/multimedia/podcast/the-humanist-hour-145-graphic-non-fiction-with-humanist-author-sean-michael-wilson 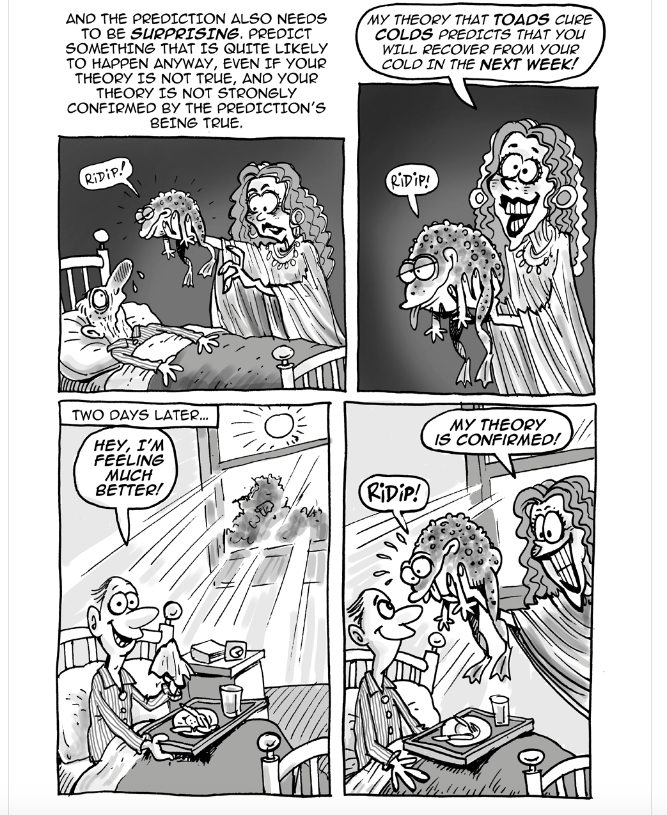 "A unique and innovative primer on Humanism, the importance of science and the evolution vs creationism debate. This illustrated guide deserves to reach a wide audience."
- Richy Thompson, British Humanist Association

"This is a book that ought to be on all public and school library shelves, available to anyone who has an enquiring mind or, come to that, a closed mind."
- Ray Connolly

"Overall this is a lucid presentation of the basic principles of humanism and therefore inevitably discredits religious beliefs. As an introduction to the philosophy of humanism this is an excellent book." - Dr Howard Jones

"Among others, Sean Michael Wilson calls Noam Chomsky, Richard Dawkins, Stephen Law, AC Grayling and Christopher Hitchens to the witness stand and they provide engaging and often light-hearted rational testimony to counter “anything that contradicts science or reason.” ...The graphic novel format they employ is ideal for the confused adolescent or adult averse to tedious “learned” polemic, with the inimitable Hunt Emerson’s tableaux and strips complementing the narrative with zest and a measured comic sense."  - The Morning Star

"I choose to rant and shout and shoot off my mouth because I’m not smart, patient or reasonable, unlike author Sean Michael Wilson and grand master cartoonist Hunt Emerson who have diligently gathered data, arguments, opinions and those pesky imps we call “facts” into a superbly even-handed and open-minded graphic narrative discourse.... Taking up the most commonly employed arguments of Big Religion, Wilson & Emerson have carefully arranged and scrupulously countered them, resulting in a plausibly inviting examination of issues dividing Faiths (all of them, not any one faction who might prefer to and profit from thinking of themselves as persecuted intellectual “martyrs”) from the world as it appears to the rest of us and shining a warm yet uncompromising light of rationality upon them. It makes for gripping and genuinely revelatory reading."
- Win Wiacek, Comicsreview.co.uk

"The book is a greatest hits--as in jabs and uppercuts--of responses to pseudoscientific nonsense in the name of religion, and effectively destroys what few arguments worth a hearing have to say. Most highly recommended. If this book had been available when I was a teen, I might have saved myself a 20-year trudge through fundamentalist Christianity and I might be a marine biologist now as I wanted to be before swallowing a load of codswallop, which sadly has nothing to do with cod." - Amazon reader review

And the week it came out the book went to number 1 in the 'Religious Philosophy' section on Amazon... 'which is nice':