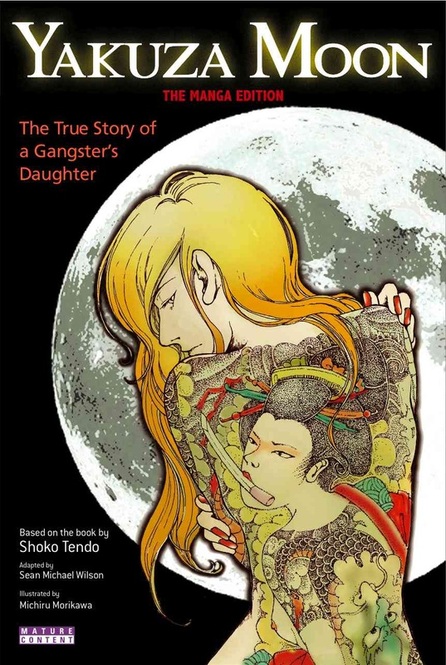 What a beautiful cover... This is the second book that I wrote for the Japanese publisher, Kodansha, with lovely art work by Michiru Morikawa, based on the true story of Shoko Tendo. It came out in 2011, and according to The Japan Times:

"At once heart-rending and eye-opening, this true-life memoir is a shocking yet intensely moving first-person account of one woman’s experience of growing up in Japan’s yakuza society.

Born into the family of a wealthy crime boss, Shoko Tendo lives her early years in luxury. But labeled “the yakuza kid,” she soon becomes the victim of bullying and discrimination from teachers and classmates at school, and of her father’s drunken rages at home.

As her family falls into debt and her father’s influence wanes, Tendo falls in with the wrong crowd, and other men begin to appear in her life. By the age of fifteen she is a gang member, by the age of eighteen a drug addict, and her 20s are marked by a series of abusive and violent relationships with men.

Tendo sinks lower and lower, time and again an unwitting victim as she struggles to define her role as a woman in the violent, sexist, and drug-addled world she is thrust into at a far-too-tender age. After the death of her parents and her own attempt at suicide, she begins a tortuous, soul-searching reevaluation of the road she has taken—and it is only a startling, unconventional act of empowerment that brings her back from the brink. " - Kris Kosaka, Japan Times.

Available in all good book shops, and on amazon:

In 2015 Yakuza Moon came out in a French edition too.

Below is a slide show of some art from the book: 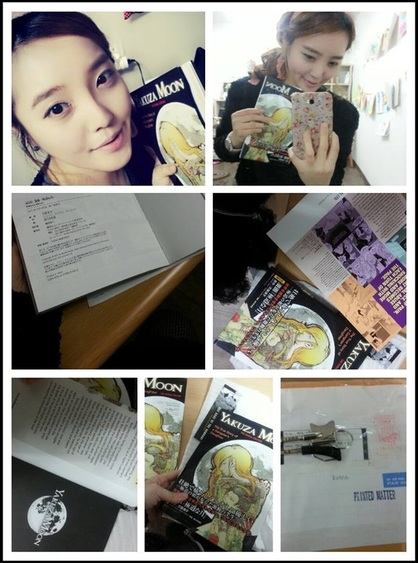 More proof that smart and sophisticated ladies like comic books!

Here is a reader from Korea, also an artist herself, who sent me this montage about her copy of Yakuza Moon arriving in the post.