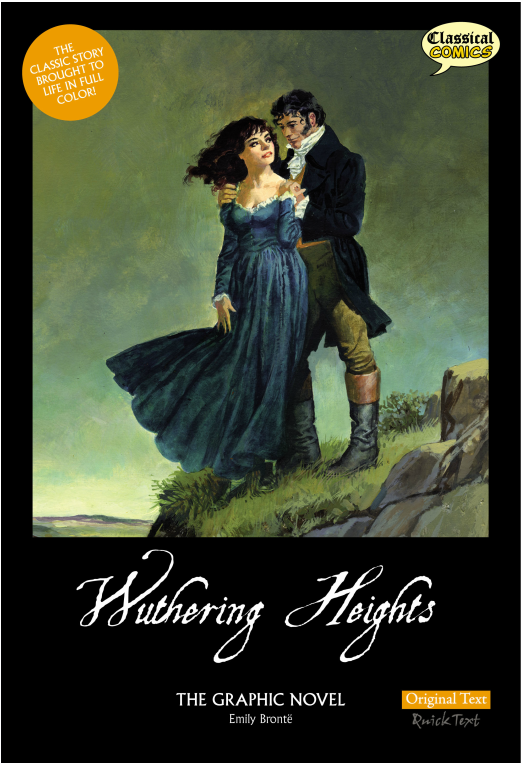 Adapted by Sean Michael Wilson and John M Burns
​
REVIEWS
"Classical Comics are really cranking up their output when it comes to the great works of literature. As a latecomer to their products I have been pleasantly surprised by the quality and thought that goes into their adaptations.  My introduction to the range has been Wuthering Heights and Dracula, which I am assured are fine examples of their back catalogue.   Sean M. Wilson has the task of bringing Ms Bronte’s work to life and he must know the subject well because he doesn’t fail in his duty. Every frame has been broken down for the artist and we can only assume that Mr Wilson has a love of Bronte that allows him to dissect each scene with meticulous detail, like a master film director he has taken care to retain the original spirit of the story whilst enthusing it with enough energy to ensure it is popular with a modern audience.

The artist, John M. Burns, has the unenviable role of breathing life into Wilson’s script and like the great painters of history he expertly mixes light and darkness, capturing the beauty of Cathy and the torment of Heathcliffe. A refreshing change to find an artist that can paint as opposed to those whom rely on computer wizardry. Many consider the original novel to be a masterpiece, myself included, and for me Wilson and Burns have created a masterpiece of their own. Giving an added dimension to Bronte’s classic and making it more accessible to modern readers. When great work can be presented in such a way they demonstrate that strip art is indeed an art form that deserves to be taken seriously and it is only narrow minded fools that cannot see that."
- Alan Smithee, Comic Shop Voice.

"Excellently-produced 'comic' - wish we'd had these when I was at school! Tells you the story (true to the story too, and with, as far as I remember, authentic dialogue) in pictures, which is great if you're a 'visual' person. You not only get the story, but it also tells you who the characters are, and who the Brontes were. Brilliant present for any young (or not-so-young) bibliophile."

"All the ingredients of great literature are in this story of the thwarted and destructive love of Catherine Earnshaw and Heathcliff - tragedy, passion, romance, ghosts and more. The text is abridged but none of the power and passion of the original text is lost.and the artwork is dramatic and vivid. Classical Comics' graphic novels stand out way above others in the genre. The quality of the artwork (in this case, by John M Burns) is exceptional - the detail, relevance to the subject matter and the way they convey the emotions of the book are wonderful and I cannot start to imagine the hours of work that go into them. You can see some sample pages on the Classical Comics website - please take a look and see the quality for yourself. What you won't see is the sheer quality of the production of the books - heavy, glossy paper make them a delight and a truly satisfying read."

A lovely sample of the book can be download here: 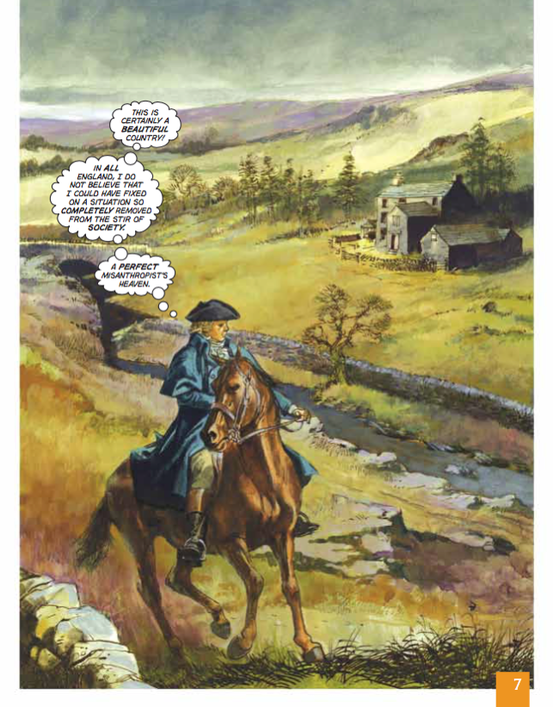 "The script adapting the book is spot on and well paced. The art is…well, this is John M. Burns -probably one of the most under rated comic artists around.  Click on the small pages to get a larger image -if they look ultra-detailed and superb in this size on a computer screen wait til you see the printed page!  This is a master artist at work and if this doesn’t get you then get back to looking at match-stick figures it’s all you deserve!

There are the two versions, of course -Original Text and Quick Text. What this adaption does is bring out the characterisation and plot of Bronte’s which can be quite dark in places  with the sudden explosion of violence (I saw pages 44-47 and did say “Yiiii!” out loud!) . This was Emily’s only novel which is sad but, if you’ve read about the Bronte Sisters you’ll know their lives were bloody depressing!  Luckily, there is a bio in this book as well as a look at how page creation works from script to finished page.

Educationally, this is another book schools ought to have.  In fact, it would be nice to see every school in the country have a set of Classical Comics books.

After the incredible A Midsummer Nights Dream, I have to write that Wuthering Heights is yet another graphic novel adaption that anyone professing to be a comic fan should have in their collection." - Comic bits online. 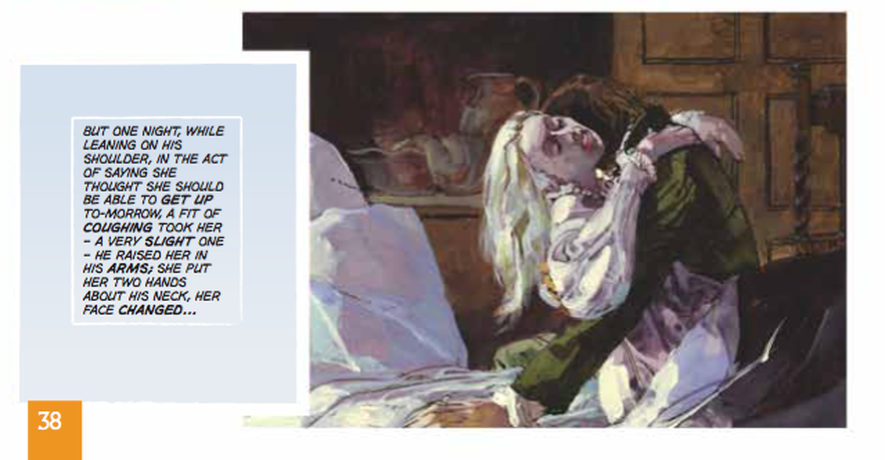 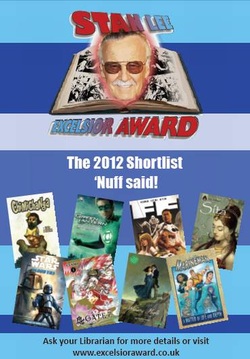 ﻿Our comic book version of Wuthering Heights was shortlisted for an award. Which, interestingly, is based on votes in schools, as part of an effort to encourage graphic novel reading there.  I am very much in favour of such school or library centred efforts. so its nice to be involved. 66 Schools around the middle of England are voting in the award.  The students will discuss the books shortlisted, voting in a way that is participatory and critical, helping them to reflect on the qualities of such literature and art.

John M Burn's art on our Wuthering Heights book is, I think, probably the single best book length collection of art he has ever done. Hopefully my adaptation style helped that a bit. Nice! 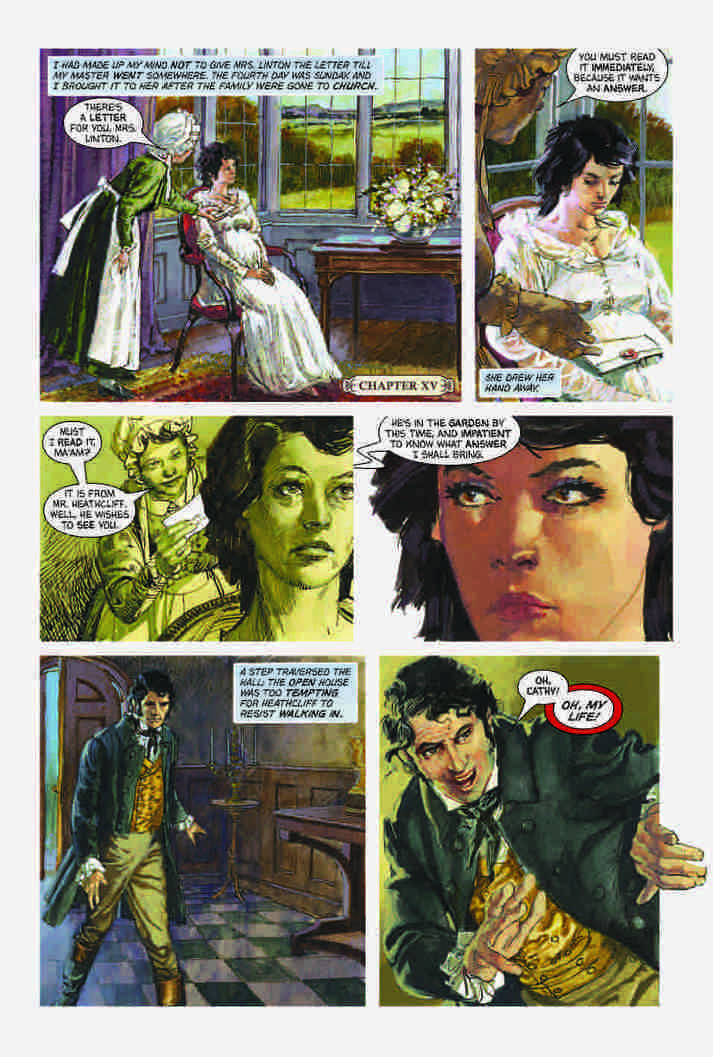 " Thus, even in my vintage - high-browed pretentious sort that I am - I've never read the classic in its original form; but I have now completed a two-day sitting of its original text in graphic novel form, and realise it's both deeper in its surface psychological trauma, more harrowing in its open physical abuse of characters towards each other, more convoluted as well as being complex in the actual familial relationships between them, and concludes in a manner I had not suspected that demands romance should have its happy endings.

For all this, I'm damned sure Heathcliff is meant to be Hareton Earnshaw's illegitimate child and the reason other family members and even household staff - aware but never expressing it vocally - do their best to keep him and Cathy becoming close. But in love they are, except Cathy turns from a wild-child into a prissy lady of the manor type by marrying Edgar Linton, and so Heathcliff leaves to return years later with money gained mysteriously and the intention of marrying Linton's sister in revenge. It's tragedy writ bold, with melodrama ready and willing to slap you hard across the face for the slightest insult or misperceived grievance.

All in all, a tale of things unspoken, misread situations allowed to turn even worse with bitter recourses taken in turn by those who suffer. It's not a nice story at all. The likes of modern TV series like Shameless and Eastenders may have those who complain but at least there's a light-hearted moment or two in shows of that nature; Wuthering Heights is a tale of people moved liked chess pieces until they are crowned in despair; it's compellingly moving regardless.

Without Classical Comics versions I very much doubt I'd have got round to reading the book, but here we have it paced to emphasise its graphic drama in an adaptation by Sean M Wilson, and so charismatically delineated by John M Burn - who offers more subtle facial expressions in a hundred and more pages than a dozen other fine talented artists will still achieve in their own award-winning lifetimes; his works masterful without any grandstanding visual money shots required - it is total sequential storytelling, not just old school, not just British flavoured through and through; just genuinely admirable and a delight, even when the scenes being depicted are rarely pleasant ones of human beings showing kindness towards each other.

Buy, read and engross yourself in this fine adaptation." - Birmingham Mail. 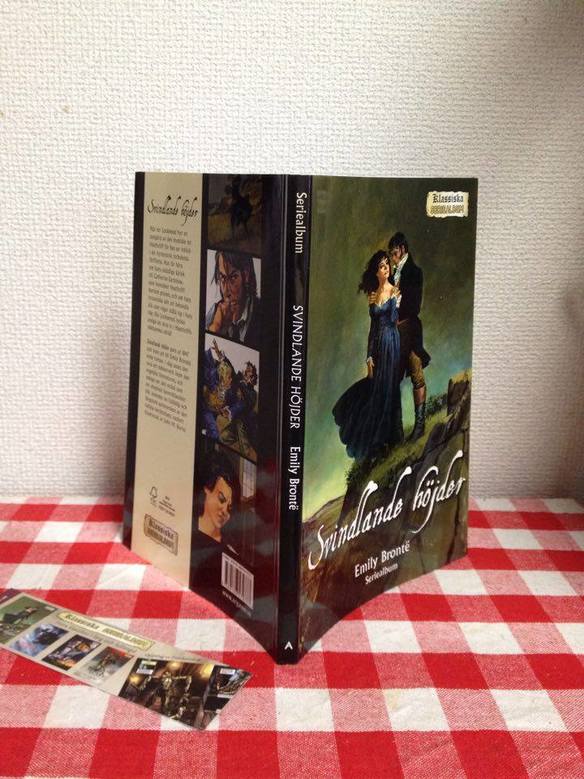 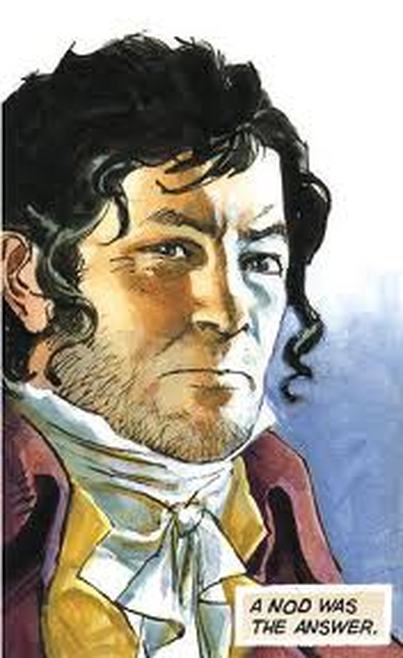