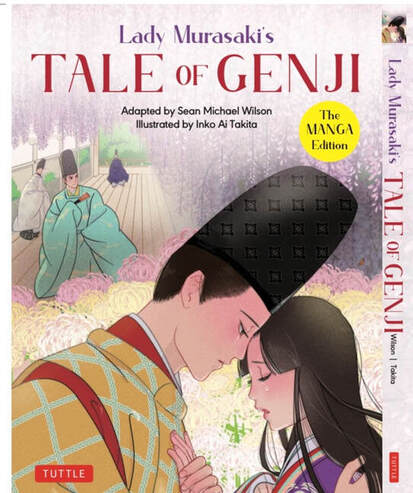 ​"Step into a story of life and love in Kyoto's 10th century royal court.

Tale of Genji tells the story of Prince Genji, the passionate heir to the Chrysanthemum Throne. Handsome, romantic, and talented in the art of seduction, Prince Genji skillfully navigates the court and all its intrigues—always in search of love and often finding it. His story is the oldest and most famous tale of romance in the annals of Japanese literature and, as a representation of passion and romance, remains beyond compare.

In this beautifully illustrated edition, Genji's story comes alive as readers experience: Lady Murasaki Shikibu wrote this story some 500 years before Shakespeare put pen to paper. It is acknowledged to be the world's very first novel, and English-speaking readers can now experience the story in manga style for the first time.

Superbly illustrated and retold, this visual take on Japan's most important classic offers an intimate look at the social mores and intrigues in the Heian-era court of medieval Japan, and Prince Genji's representation as the ideal male courtier."

GET THE BOOK HERE:


Various lovely pages from throughout the book: 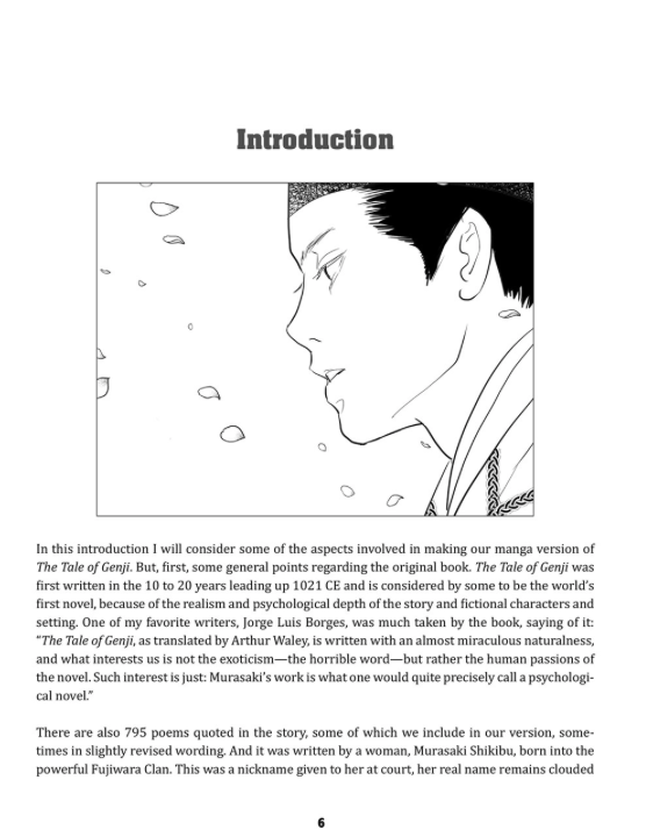 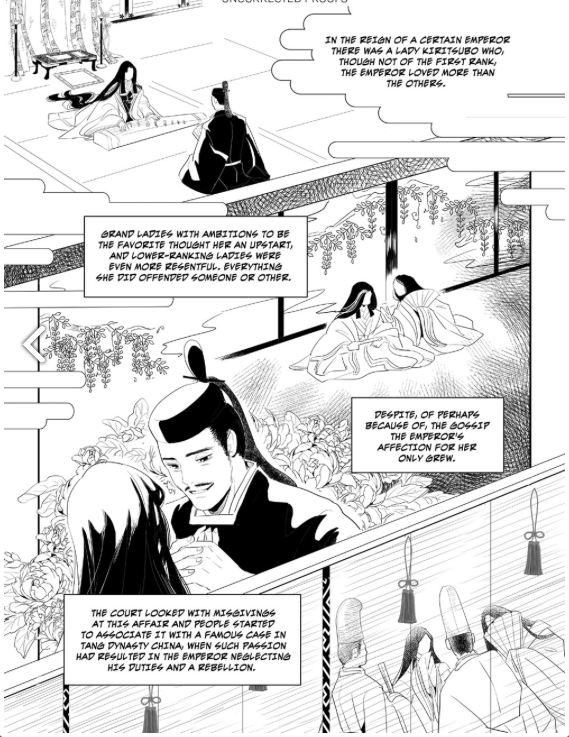 ​"The Tale of Genji…is written with an almost miraculous naturalness, and what interests us is not the exoticism—the horrible word—but rather the human passions of the novel. Such interest is just: Murasaki's work is what one would quite precisely call a psychological novel…I dare to recommend this book to those who read me."
—Jorge Luis Borges 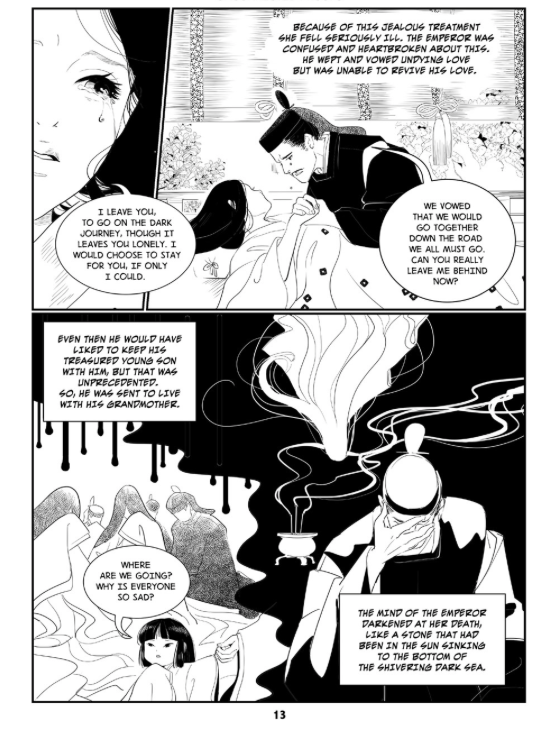 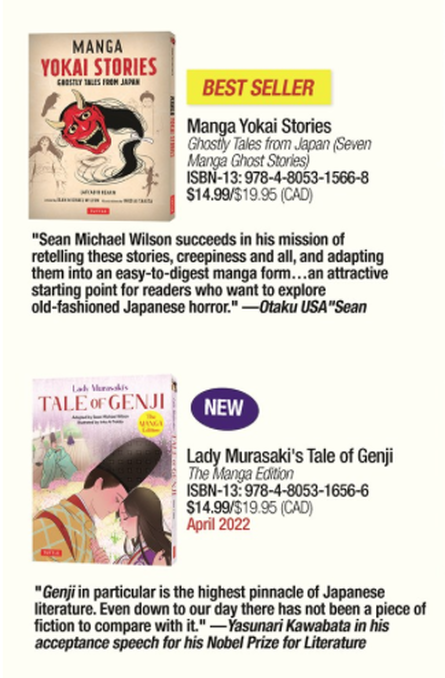 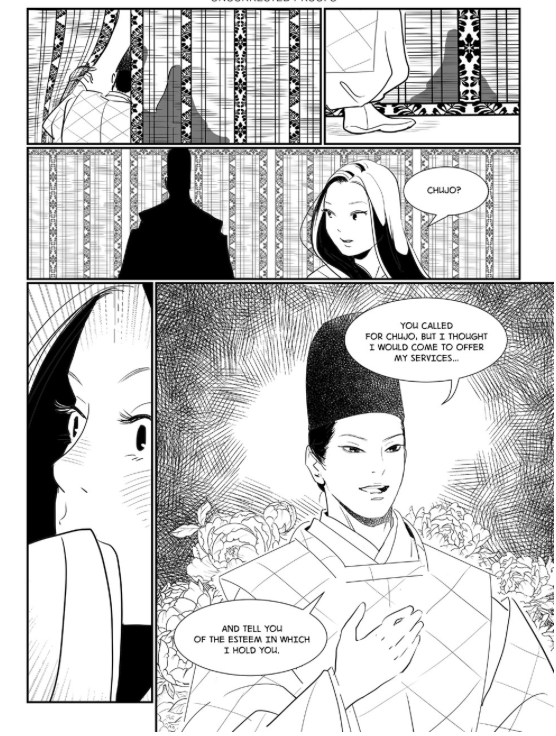 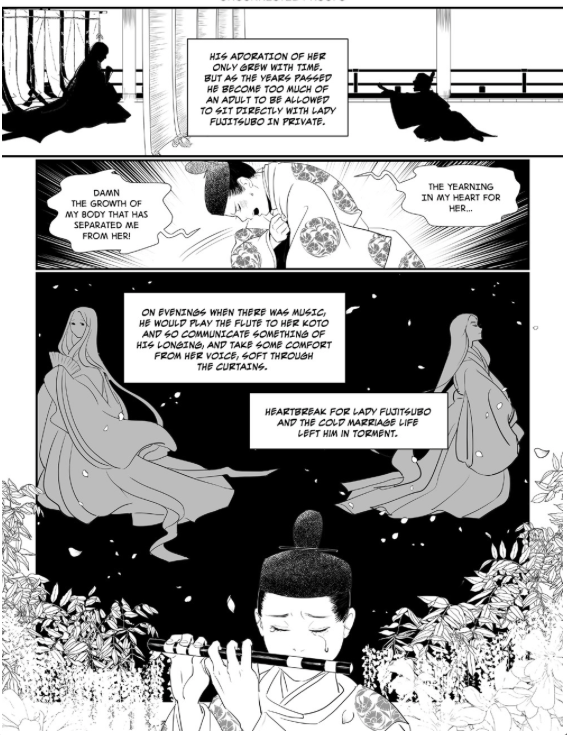 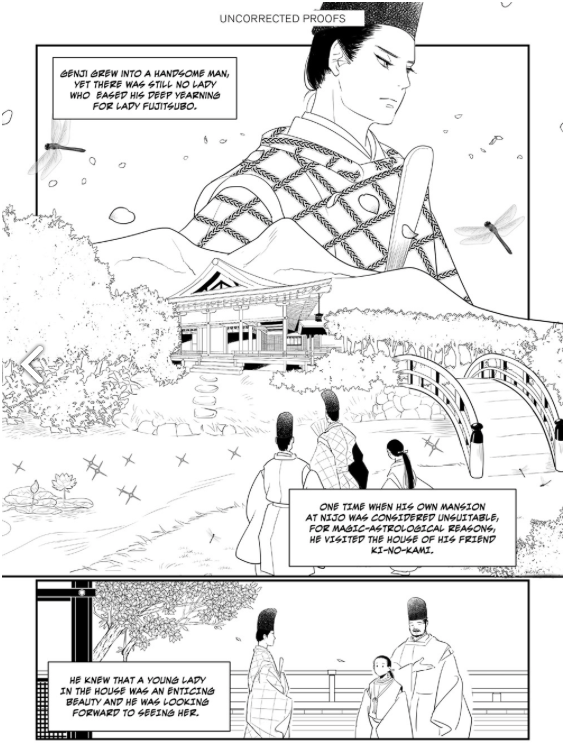 "Many characters were removed to keep the focus on Genji's life and I applaud the effort and result here to make this an enjoyable read...The illustration work is beautiful - a very stunning mix of Japanese and Western styles that is smooth and elegant. Because there is so much Western influence, this is a book that will appeal to all audiences and not just manga aficionados. The work is clean, the panels neither busy nor sparse but all nicely laid out and look to be historically accurate. The perfect artist was chosen to illustrate this beloved story....The [original]story really has no structure and out of the hundreds of poems throughout the original, several are included here, which is a nice touch. I appreciated that since the poems are not just pretty decorations but instead are there to also tell the story..." - Talvi, top reviewer on amazon