These are graphic novels/ comic books of my own ideas. A lot of the books I do are adaptations of classic texts or my interpretation of real historical events. But I also write books based on my own original ideas and characters. 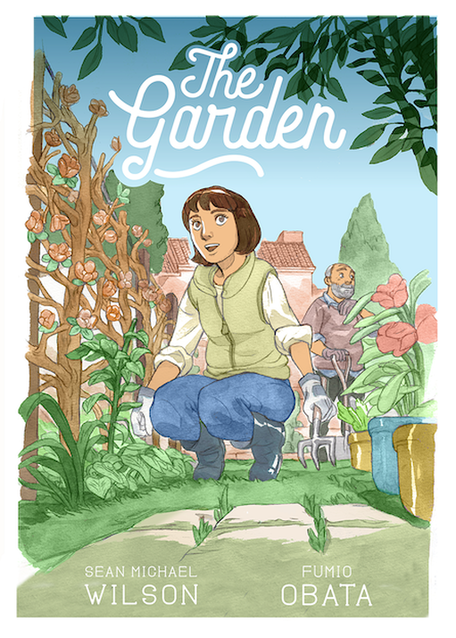 THE GARDEN IS A BEAUTIFUL STORY OF HEALING AND GROWTH THROUGH MINDFULNESS AND GARDENING.
"Joanna is a high-powered finance consultant who’s been signed off work after having a nervous breakdown. Seeking more than just something to pass the time, she travels to Kyoto, Japan, to immerse herself in the arts of zen gardening and meditation.
Returning home – and to the challenges of daily life – Joanna finds peace and a new sense of calm through nurturing her own garden – and her soul." 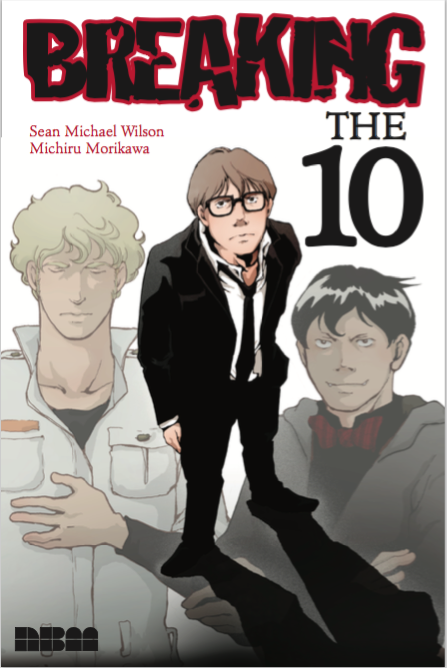 ​"When David loses his wife and child in a tragic car accident he decides, in anger at the cruelty of the event, to turn against God. He sets out to systematically break each of the Ten Commandments in order to both spite God and to get his attention! But will he go all the way, and break the commandment 'Thou shalt not kill'? Two mysterious figures, Mr White and Mr Black, try to win David over to their side: the religious or the humanistic. Deeply sad in parts and comical in others, this modern story explores age old questions: Is there a God? And if there is, does that God care about us?"

In case anyone thinks I got the ‘Breaking’ bit from the TV series ‘Breaking Bad’, the book is from an original idea of mine that I had BEFORE that TV series came out - honest guv! This story mixes tragedy and comedy, very moving scenes with very silly ones, has a lot of energetic connection between the 3 main characters... and a certain divinity may or may not make an appearance at some time! 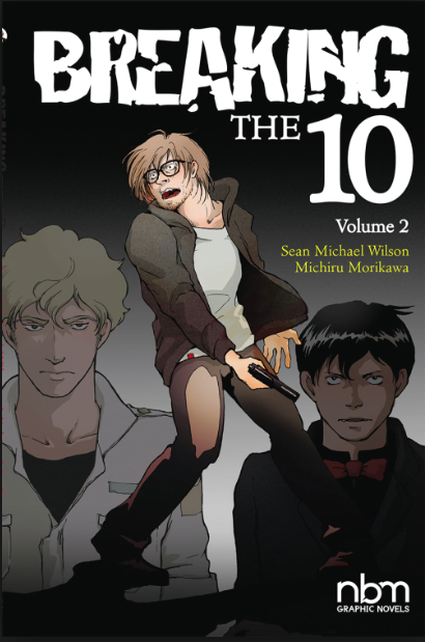 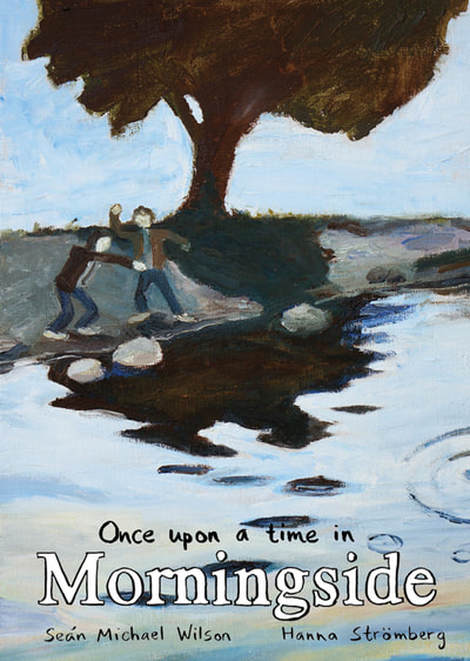 ​A poetic take on the Scottish childhood of writer Sean Michael Wilson, in comic book form, drawn by lovely Swedish artist Hanna Stromberg. The book mixes together 14 intimate and interesting childhood stories and adventures, with a touch of magical realism.This is a special version of 72 pages, with a different cover than on the digital version, for only $6.50 (or 650 yen in Japan) from Nagoya based publisher, BigUglyRobot.

GET THE BOOK HERE, IT'S LOVELY:

​From the Japanese publisher:
​http://biguglyrobot.storenvy.com/collections/54321-print-comics/products/17064891-once-upon-a-time-in-morningside

Or in the US:
https://www.birdcagebottombooks.com/products/morningside 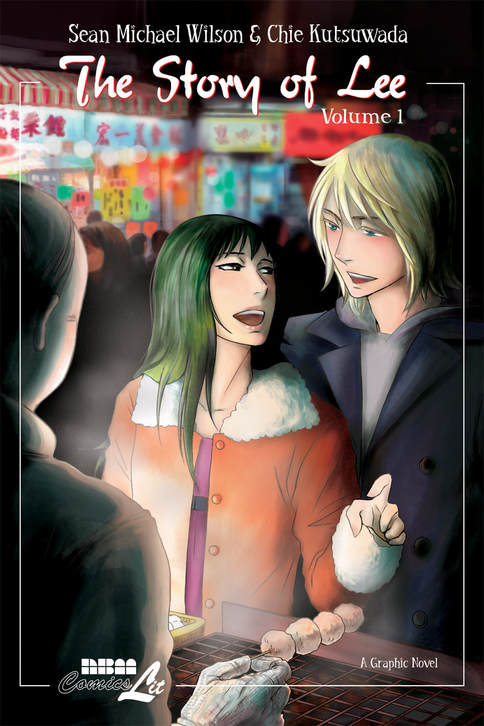 
"Lee, living in Hong Kong, meets Matt, a fine young Scot. Their relationship becomes stronger by the day, despite their deep cultural differences. But there is Lee's dad to contend with who views this affair very suspiciously. And there is another contender for Lee's heart, a young Chinese man, whose jealousy takes on twinges of xenophobia. Will Lee and Matt's relationship successfully cross the cultural divide and overcome the negative odds?" 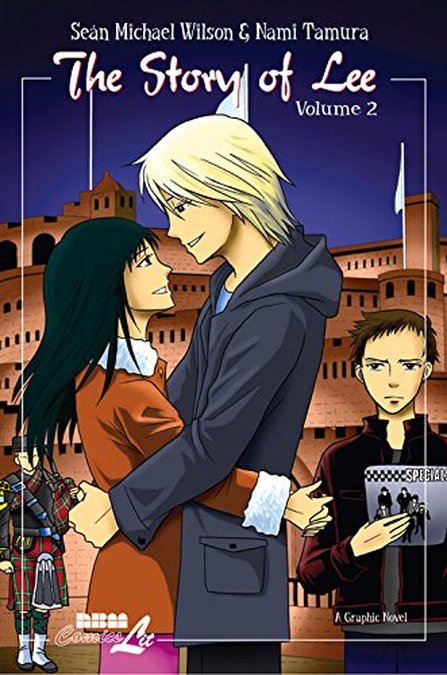 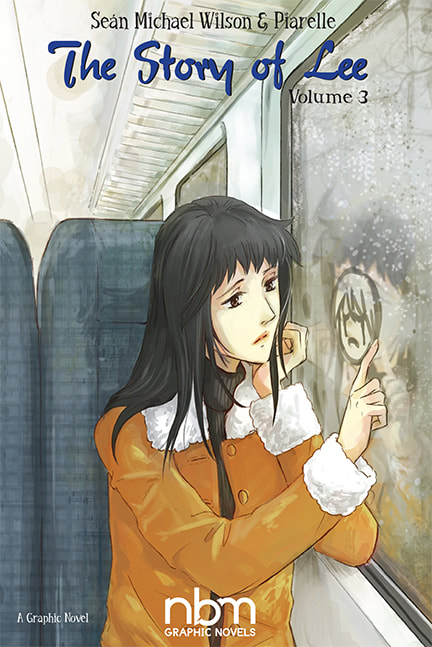 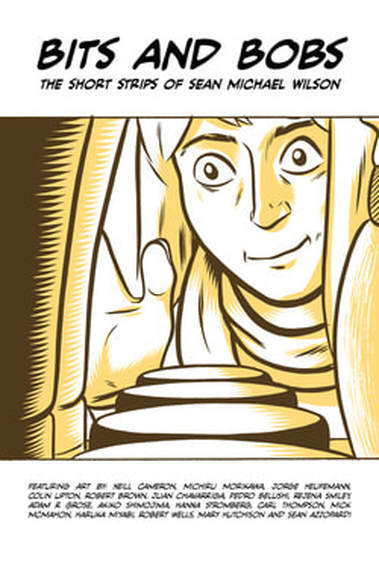 So, I decided - just for fun - to celebrate that by putting together a big collection of my short comic book strips, with various artists, from various anthologies, magazines, etc over the last ten years. Featuring stories on: the tsunami disaster in Japan, Adam Smith, various strips on Japanese history, a fictional story set in the 60s, corruption in Thailand, trouble in Palestine, Franz Kafka, a sample for a gangster story, a children's story about Newts, various poetical pieces... and, as they say, a lot more!

Its available digitally as 242 pages for just $2.99. Super cheap as this is a simple collection done mainly for the joy of it. Please check it out, and here's to ten more years! 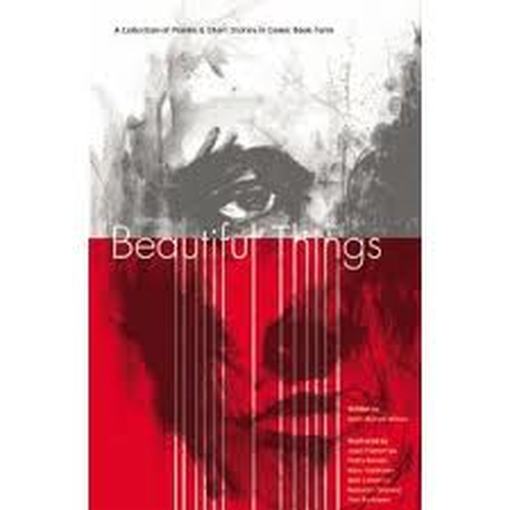 A collection of poetic short stories in comic book form. An unusual literary book, written by Sean Michael Wilson (of ‘Angel of the woods’, and ‘Manga mover’ books) and drawn by various artists from several countries, including Neill Cameron, Pedro Belushi and Juan Chavarriga. Expressionistic, intimate, sensual, obscure, …These comics are like lightening flashes in that we only see part of a situation or mood for a brief time, then its gone, leaving us wondering. Its comic book influences include Alan Moore, Adrian Tomine, Chris Reynolds, as well as the writings of Kafka and Borges.
​ 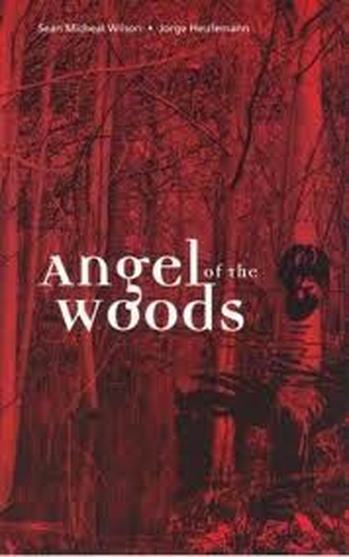 A mysterious creature subtly terrorises two young couples on holiday in the woods. Though the other are terrified, one of the young men begins to develop an affinity with the creature, which causes a fundamental psychological change to occur in him. What is the nature of it’s interest in him?

Angel of the woods appears to be a straight horror story to begin with it, but soon becomes a quite different thing. Rather than being ‘blood and guts’, it is rather subtle, the monster being mostly on the edges of consciousness. As we read on we see its really about personal growth. It is also, for the most part, realistic in setting, presentation and characters. I think this gives it a rather unusual feeling for a story that is essentially a classical ‘birth of the hero’ tale.
​