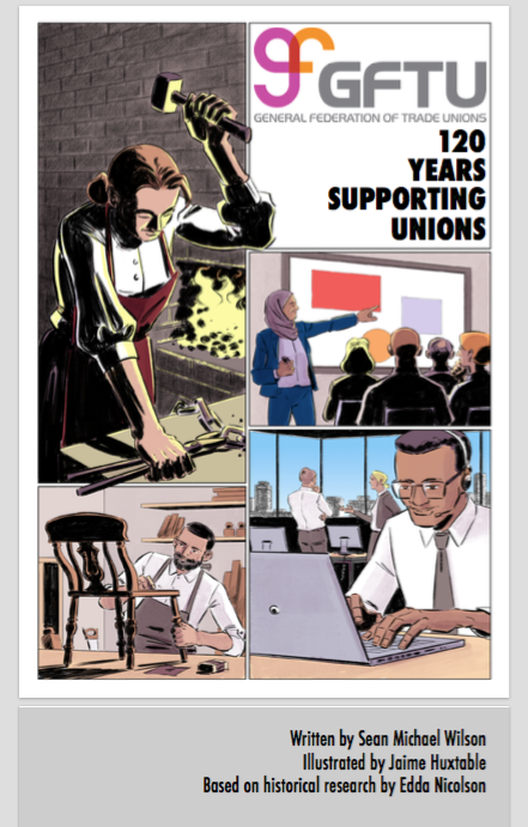 It features the 2nd outing for the characters, grandfather Joe and granddaughter Arushi, who were created by Robert Brown and Sean Michael Wilson,  and originally appeared in our book THE MANY NOT THE FEW
(published by GFTU/New Internationalist). ​
​
GFTU 120th Anniversary booklet can be read for free HERE 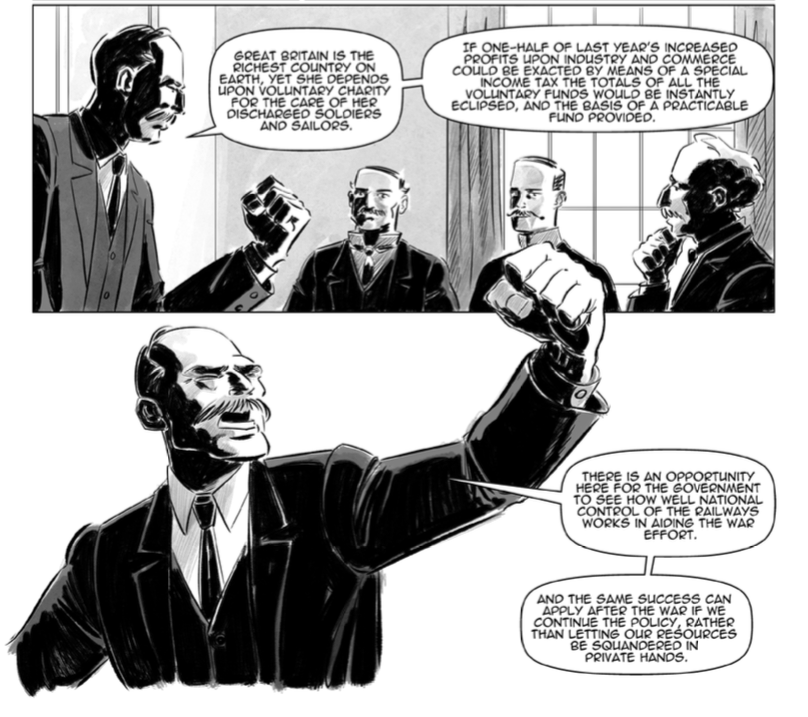 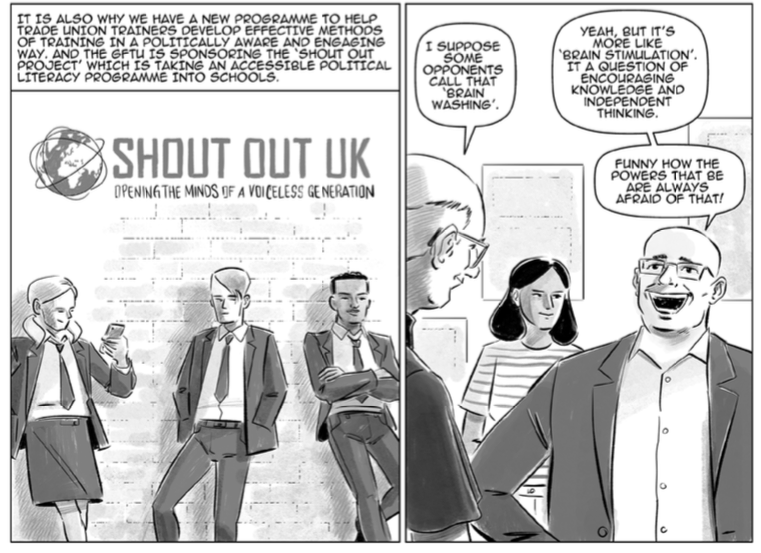