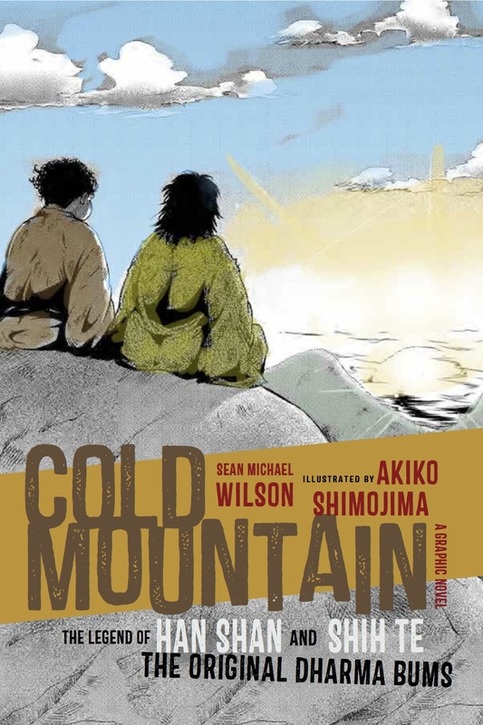 A graphic novel portrait of the wild antics and legendary poetry of the "Laughing Pair"—Han Shan and Shih Te, two of China's greatest poets.
"Here is a graphic-novel portrait of the wild antics and legendary poetry of two of China’s greatest poets. Han Shan (known as “Cold Mountain”) and Shih Te lived during the Tang dynasty (618–906 C.E.), and were critics of authority (both secular and religious) and champions of social justice. They left their poetry on tree trunks and rocks, and they were also reportedly monastics, drunks, cave dwellers, immortals, and many other unconventional and wondrous things. There is much delightful uncertainty about this “Laughing Pair”—including whether or not they actually even existed. What is known is that the poetry attributed to them was hugely influential in both China and Japan, and to the Beat writers in the United States during the 1950s and ’60s.


Get the book here:

There are many pages of the book to look at in the 'Look Inside' function on Amazon:
http://www.amazon.com/Cold-Mountain-Graphic-Novel-Original/dp/1611801796 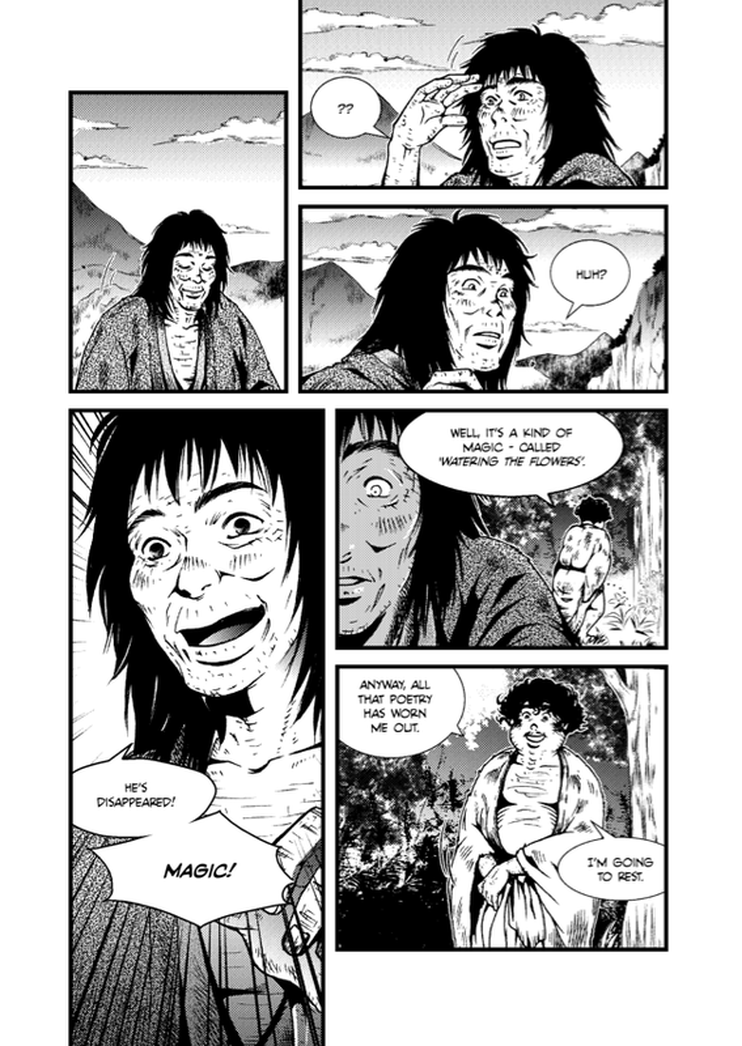 The book got the below award from:
CACC - 'China Animation and Comic Competition'
The 12th Golden Dragon Award.
(In the category of 'Best Overseas Comics'.)﻿

“The poetry of the manga here expresses the poetry of this pair of ‘mad men’ of Cold Mountain. Read the wise verses of Han Shan and Shih Te and, like the sage, your face will also break into a great big smile.”
- Paul Gravett, author of Comics Art and editor of 1001 Comics You Must Read Before You Die


"I have long been a huge fan of the poetry of Han Shan and this beautifully illustrated graphic novel does the poems and the mythology justice. Rather than try to fill in the gaps of what we don't know about these two, the book relies heavily on what we do, mostly gleaned from the poems, many of which are included. A good introduction for those unfamiliar, a nice take on the poems for those already knowledgeable. "
- James, Goodreads


“Jerome Seaton is the finest living translator and explicator of Chinese poetry; beyond a genius for interpretation and impeccable scholarship. Seaton has that quality that can magically transcend intuition and learning: he is a poet.”
—Carolyn Kizer, author of Cool, Calm, and Collected: Poems 1960–2000

We're number 1!
The Cold Mountain graphic novel came out this week and soon became Number 1 on the 'Chinese Poetry' and 'Asian' sections on Amazon's Best Sellers list. And number 8 in total manga sales. That does not mean it's selling millions - but nice to see those good rankings anyway... 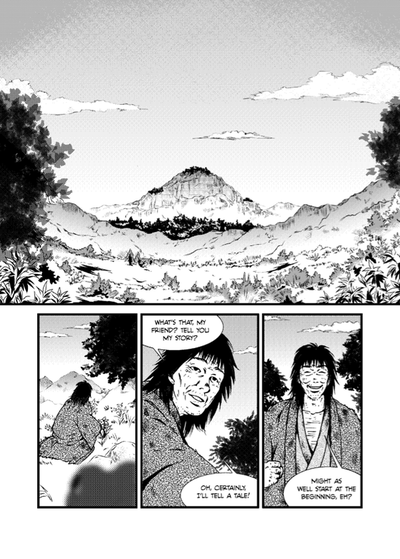 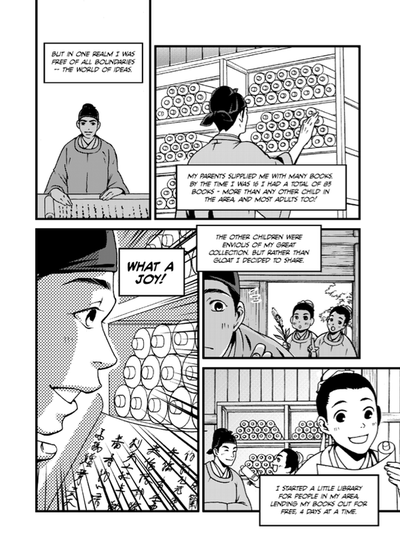 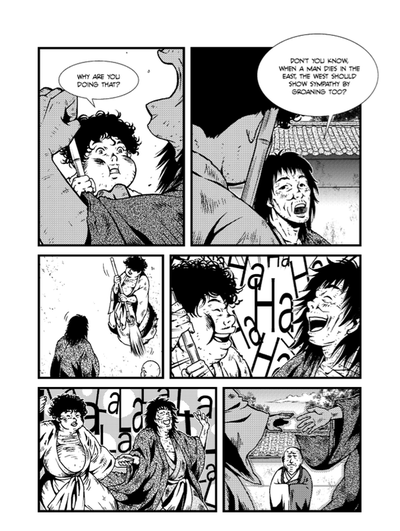 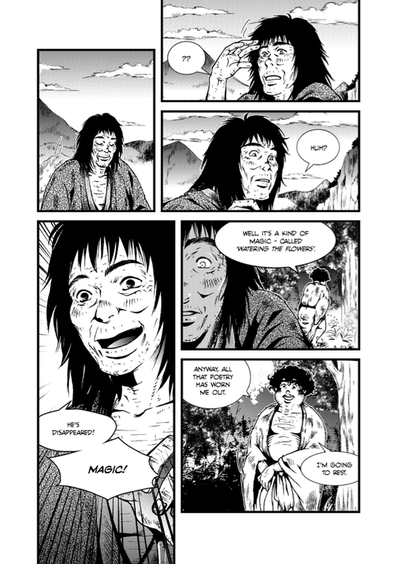 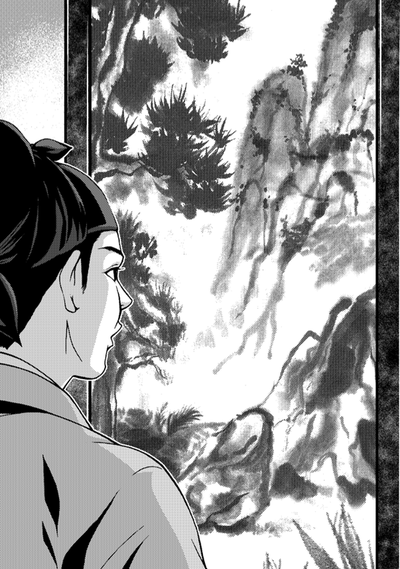 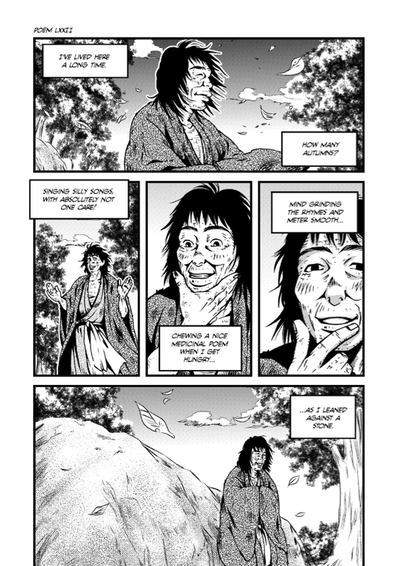 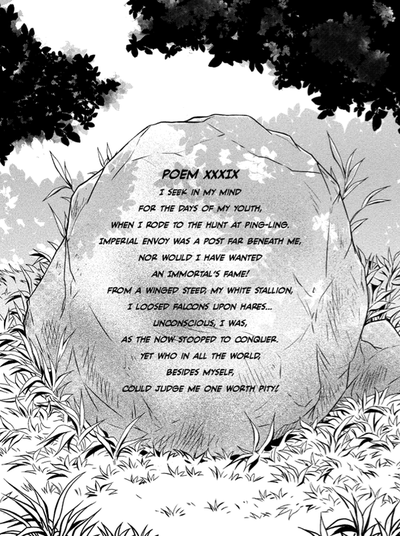 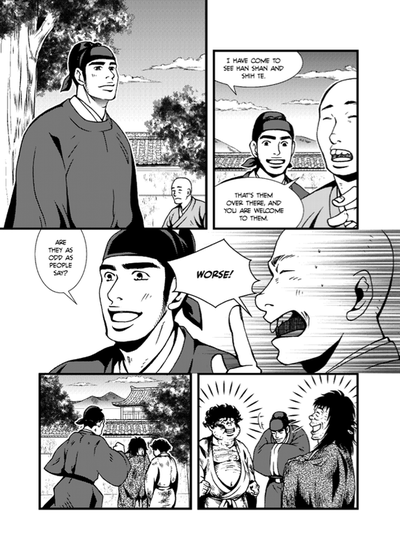 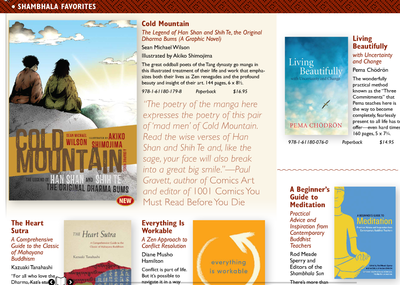