SEAN MICHAEL WILSON
The Many Not The Few
​ 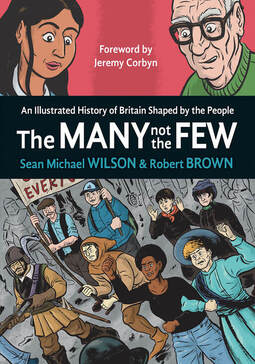 With a foreword by Jeremy Corbyn, leader of the Labour Party.
​
With a mix of serious research and family jokes old union rep, Joe, and his granddaughter, Arushi, go into the complicated history, the ideological battles, the class conflict, a consideration of what unions are for, and what the future of unions may be. Starting way back with the 14th-century Peasants' Revolt, taking in the Levellers and the Luddites, the expansion of the unions in the 19th century, the height of their power in the '70s, the great conflicts and decline of the '80s, and considering the future positive role for unions.

Released as part of the Workable Books imprint of New Internationalist and the GFTU (General Federation of Trade Unions).
The launch event for the book was held, May the 20th, in the Houses of Parliament!
That is, we think, the first time a comic book has been launched there - so its a symbolic little victory for the art form in general.


Get it from pro-capitalist Amazon
https://www.amazon.co.uk/Many-Not-Few-Illustrated-History/dp/1780264445

Or get it from anti-capitalist Ethical Shop
https://ethicalshop.org/the-many-not-the-few-by-sean-michael-wilson-and-robert-brown.html

The book had an excellent launch event, May 20th, in parliament, the House of Commons as part of the 120th anniversary celebrations of the GFTU.

Not only did Jeremy Corbyn and the shadow chancellor, John McDonnell, attend the launch event, Corbyn bought 4 copies of it and made a very nice speech saying how much he liked it and quoting from various chapters. 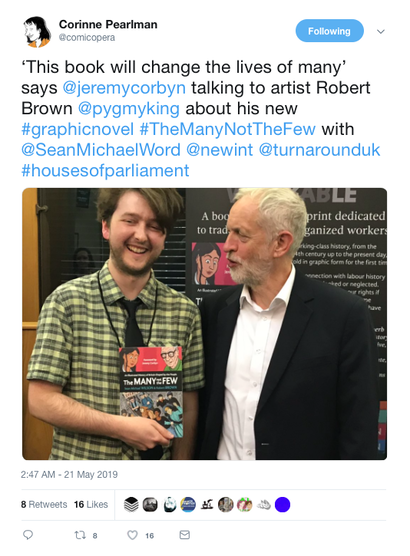 "The Many Not The Few is the finest graphic novel history of a nation’s working class ever published, or at least I have not seen any better."
-Paul Buhle, retired senior lecturer, American Studies department, Brown University; author and editor of many books on radical history.

"Whatever your political viewpoint, this is a fantastic slice of contemporary history, told in a really enjoyable and approachable manner. As well as a fantastic lesson in British working class history, this is also a great lesson in how to produce an enjoyable, politically informative graphic novel that appeals to all." - Pipedream Comics

"Written by Sean Michael Wilson and illustrated by Robert Brown... The Many Not the Few also has a foreword by Labour Party leader Jeremy Corbyn. Hosted at a meeting of the General Federation of Trade Unions, the speakers at last night’s launch included Corbyn himself who talked about the power this graphic novel would have in changing the lives of people who didn’t even know of its existence yet...You can’t really look for a better placed promotional soundbite than that for this art form we’re all so passionate about! As we all know, comics have an incredible ability as a medium to communicate, educate and inform and this book, subtitled An Illustrated History of Britain Shaped by the People, looks to bring the history of the labour movement from the 14th century to today to whole new audiences." - Broken Frontier

​"I think Sean Michael Wilson has done a brilliant job assembling his workers’ manifesto here, with the stoic assistance of historical advisor Doug Nicholls. Robert Brown’s simple, straightforward no-nonsense black and white art style is perfect for portraying this epic march through the heroic efforts of many an individual and collective to fight for the rights of the many over the greed of the few...I can’t recommend this highly enough for anyone interested in British political history. I fervently hope it will get picked up and used as a teaching aid in schools so the current crop of young minds are (de-)programmed with a message of how positive changes can be effected if they are prepared to resist and perhaps rage a little against the ever hungry all-consuming machine of neoliberal capitalism...But still buy comics obviously." - Page 45 book shop 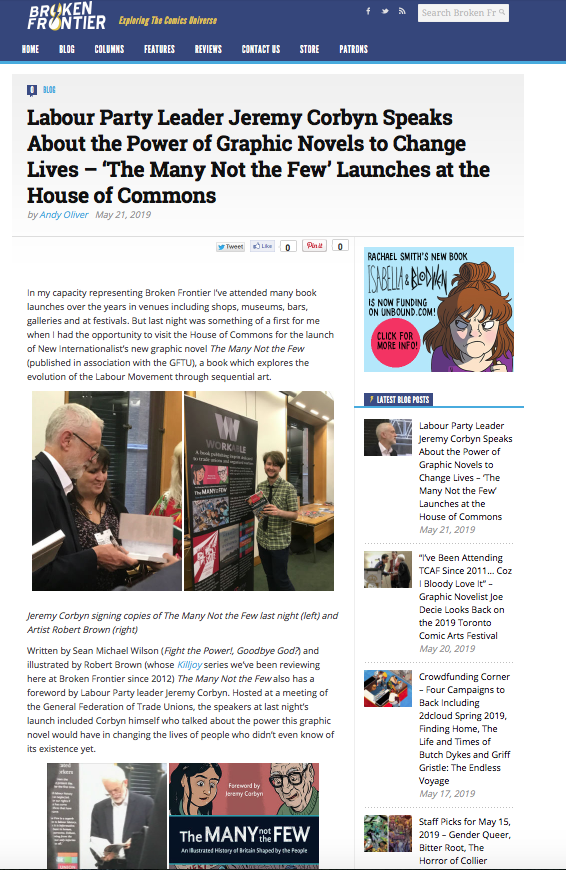 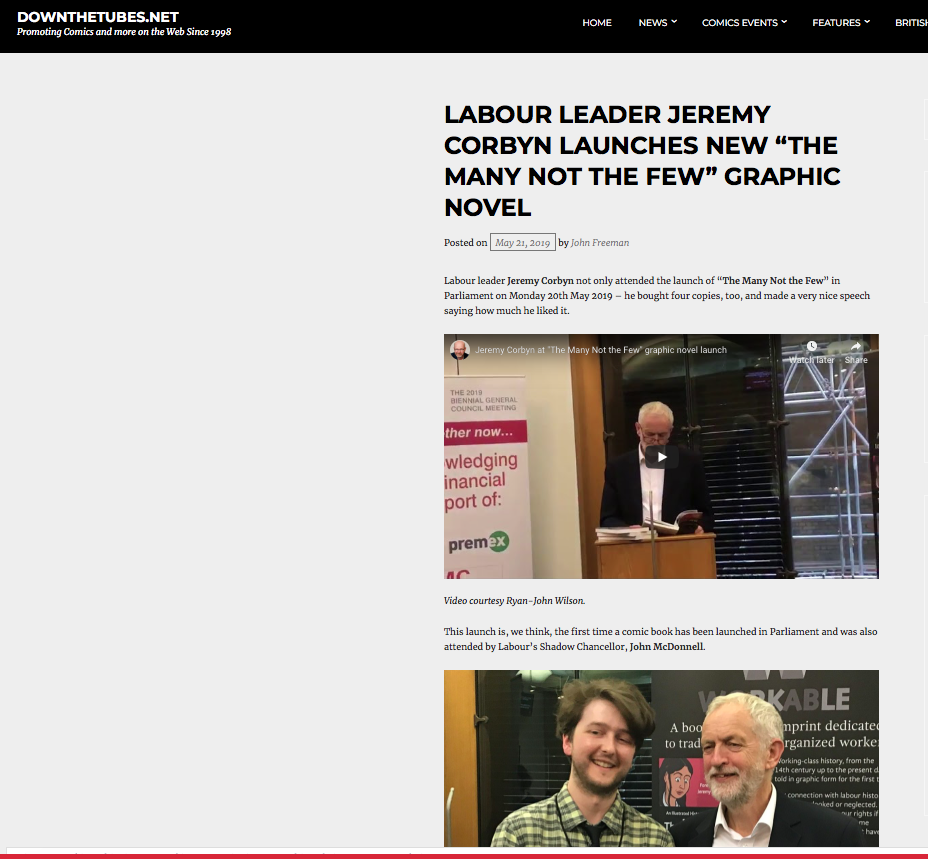 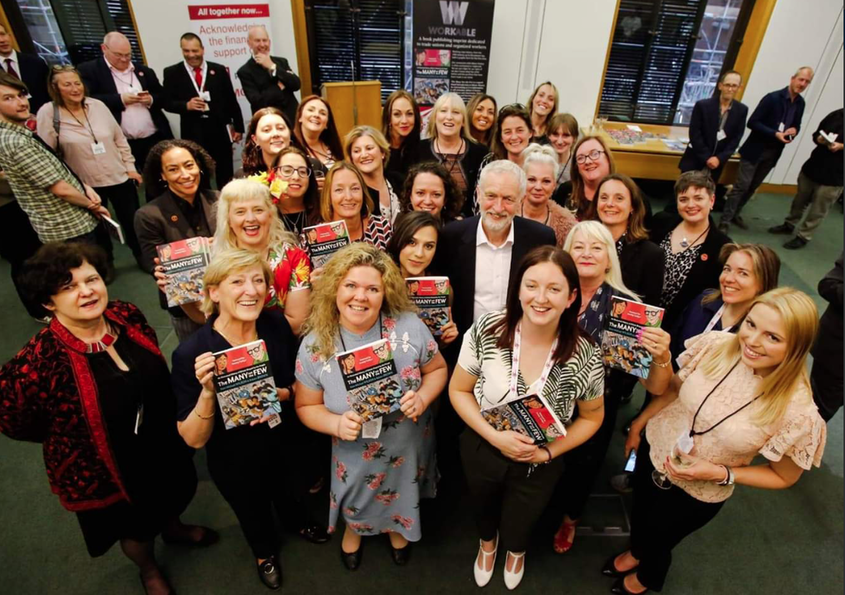 A great photo from Edda Nicholson, who is researching the union's history now - and a lot of other smart union women! ...Oh, and one smart man.