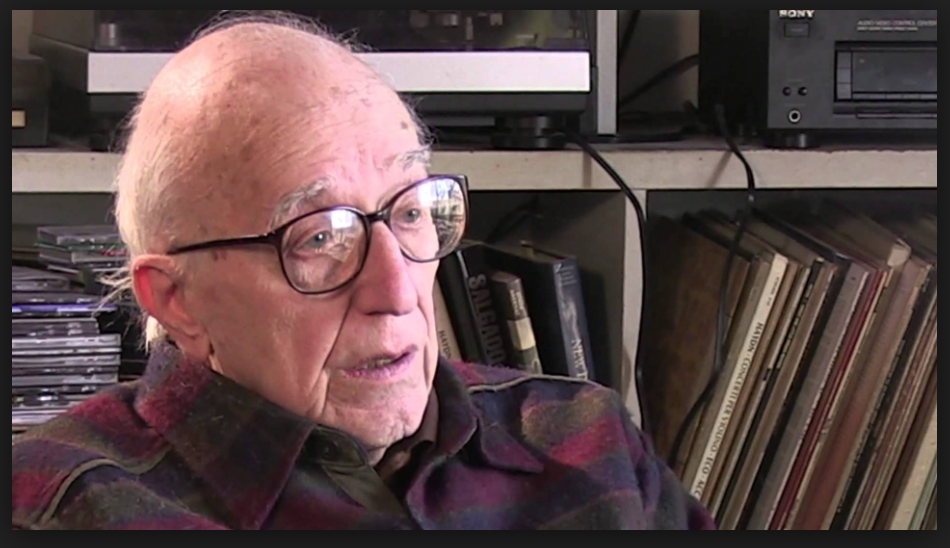 Edward S Herman April 7, 1925 – November 11, 2017
Our PORTRAITS OF VIOLENCE book has an illustrated account of Edward S Herman and Noam Chomsky's classic 1988 book Manufacturing Consent: the Political Economy of the Mass Media. In that chapter we were careful to credit Herman too, unlike many places that forget his involvement and focus only only Chomsky. I'm sure that Chomsky himself was not in favour of that bad habit.

"Edward S. Herman was professor emeritus of finance at the Wharton School, University of Pennsylvania and has written extensively on economics, political economy, and the media. Among his books are Corporate Control, Corporate Power (Cambridge University Press, 1981), The Real Terror Network (South End Press, 1982), and, with Noam Chomsky, The Political Economy of Human Rights (South End Press, 1979)" (International Socialist Review).

The group FAIR (Fairness and Accuracy in Reporting) focus on 'criticism of media bias and censorship', just as our illustrated version does. Here is a link to a note on their website about the passing of Herman, who died on the 11th of November 2017: 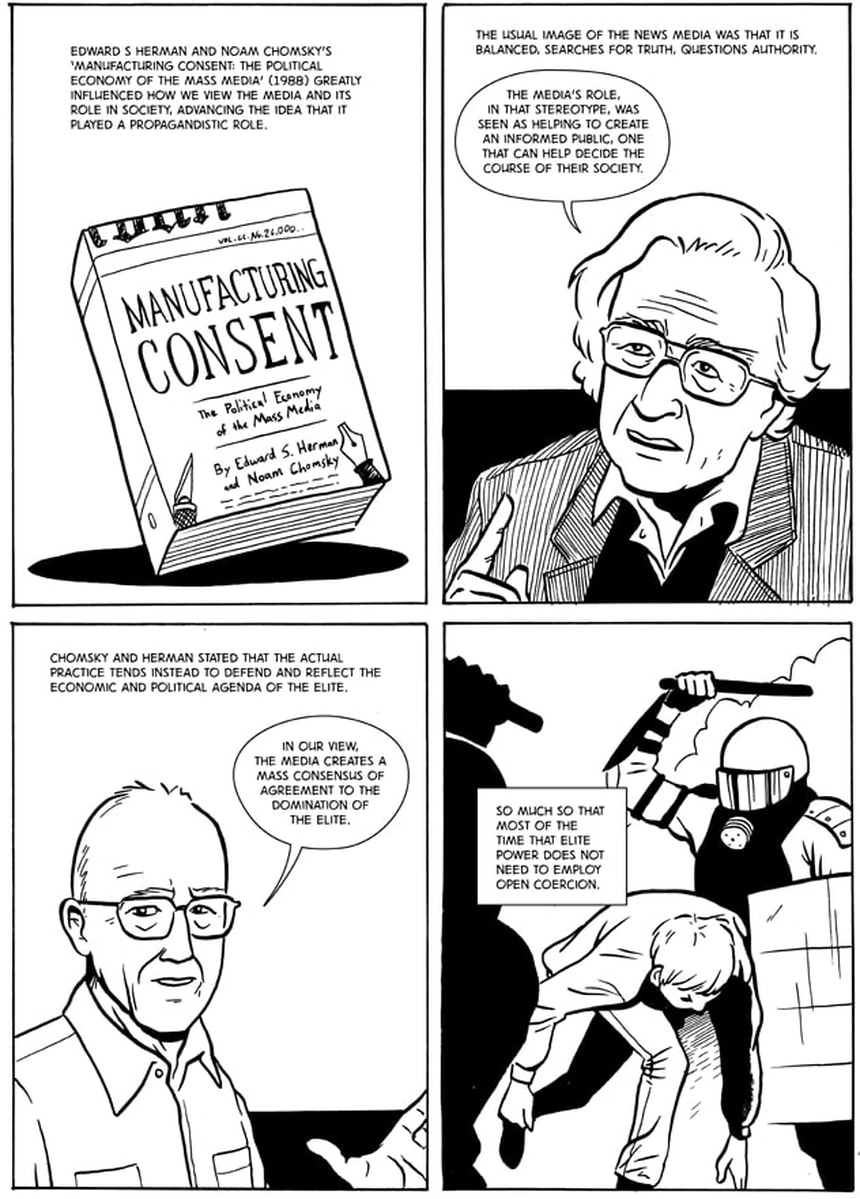 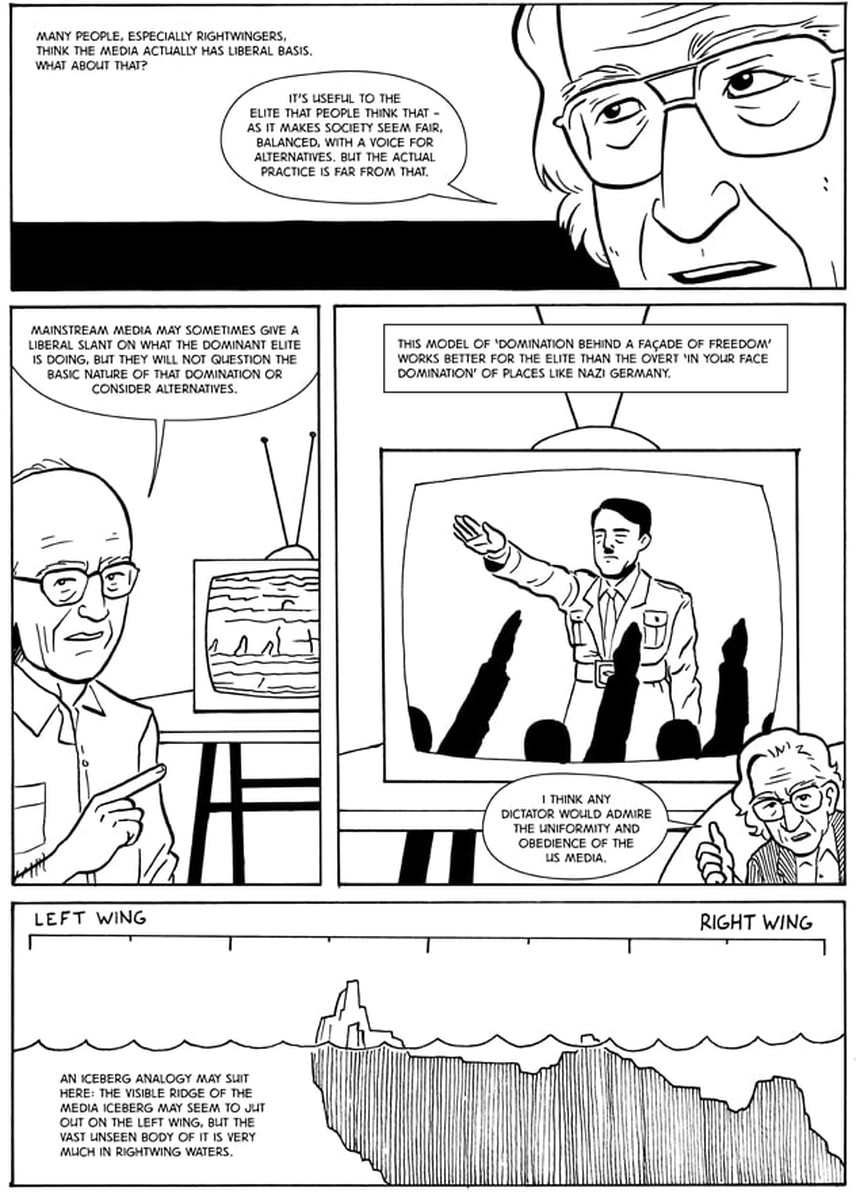 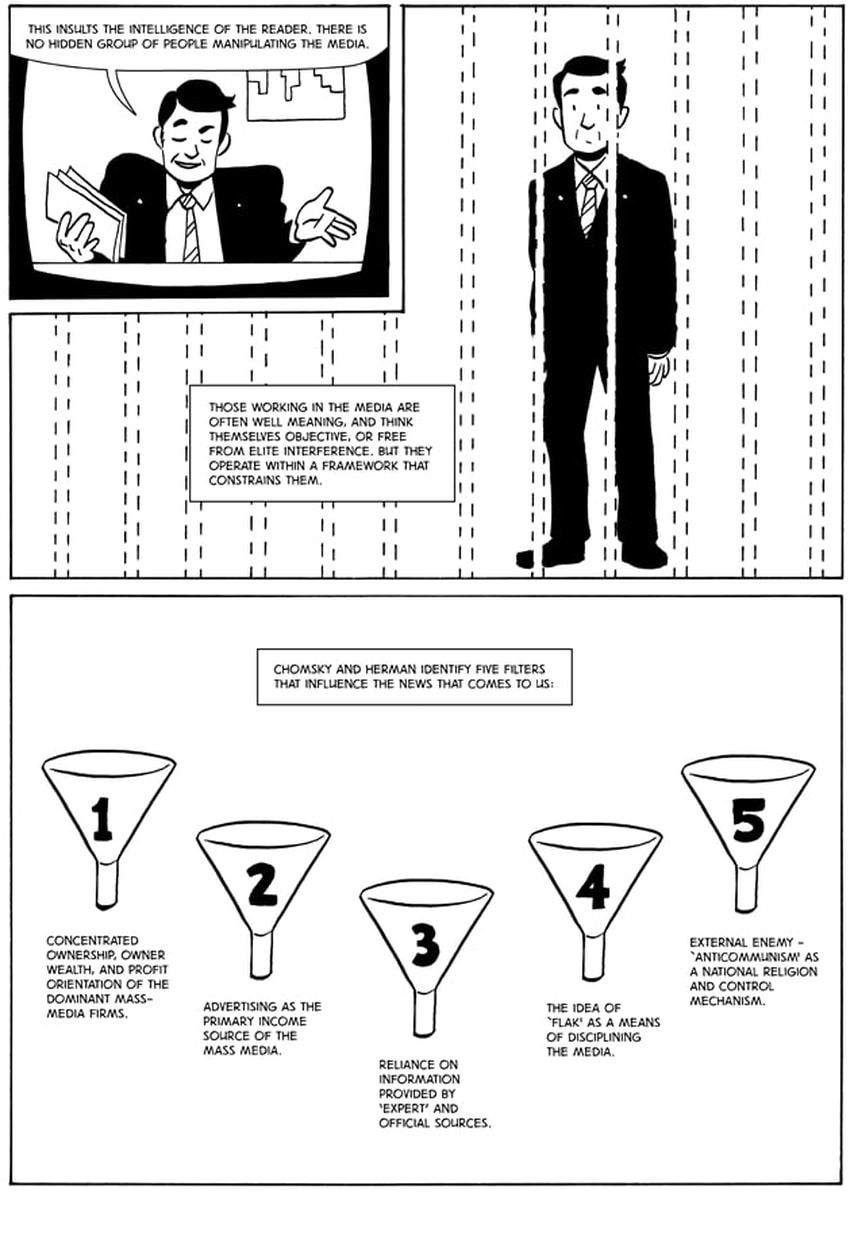 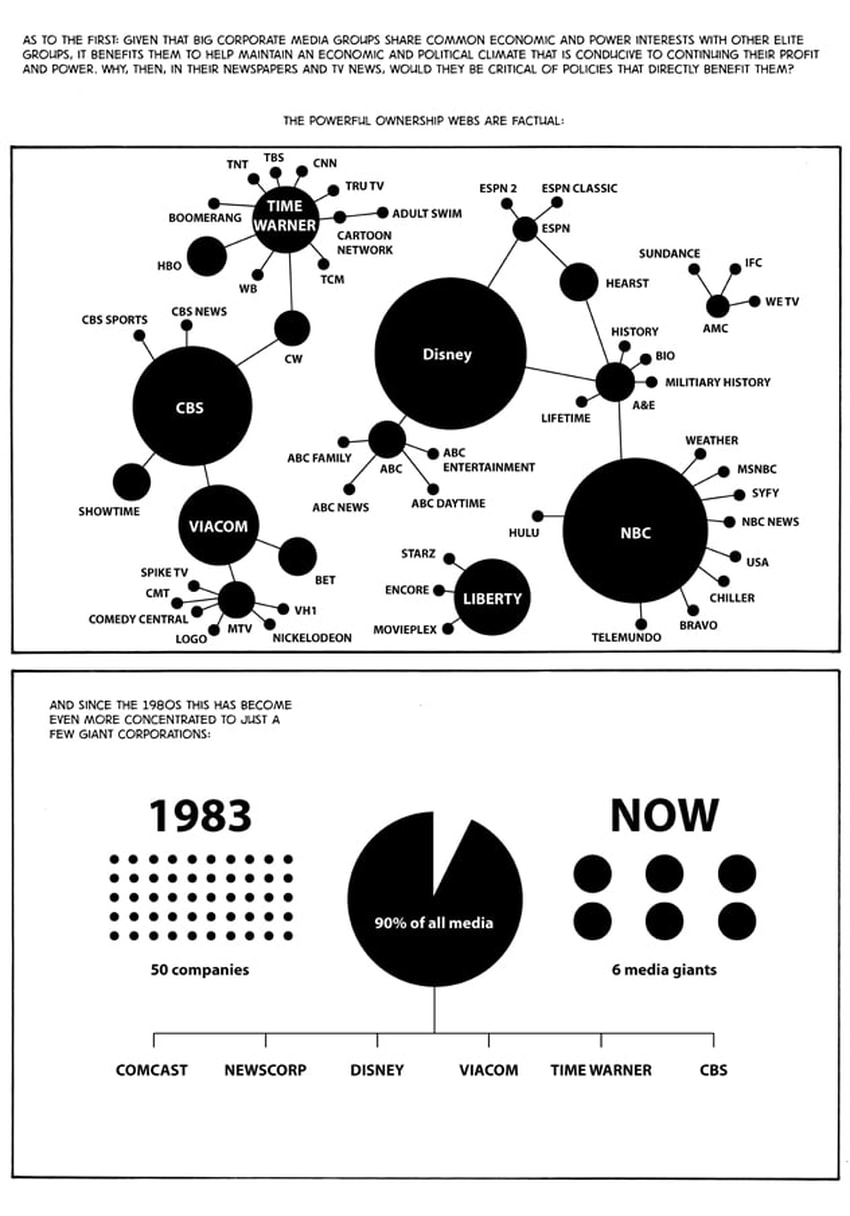 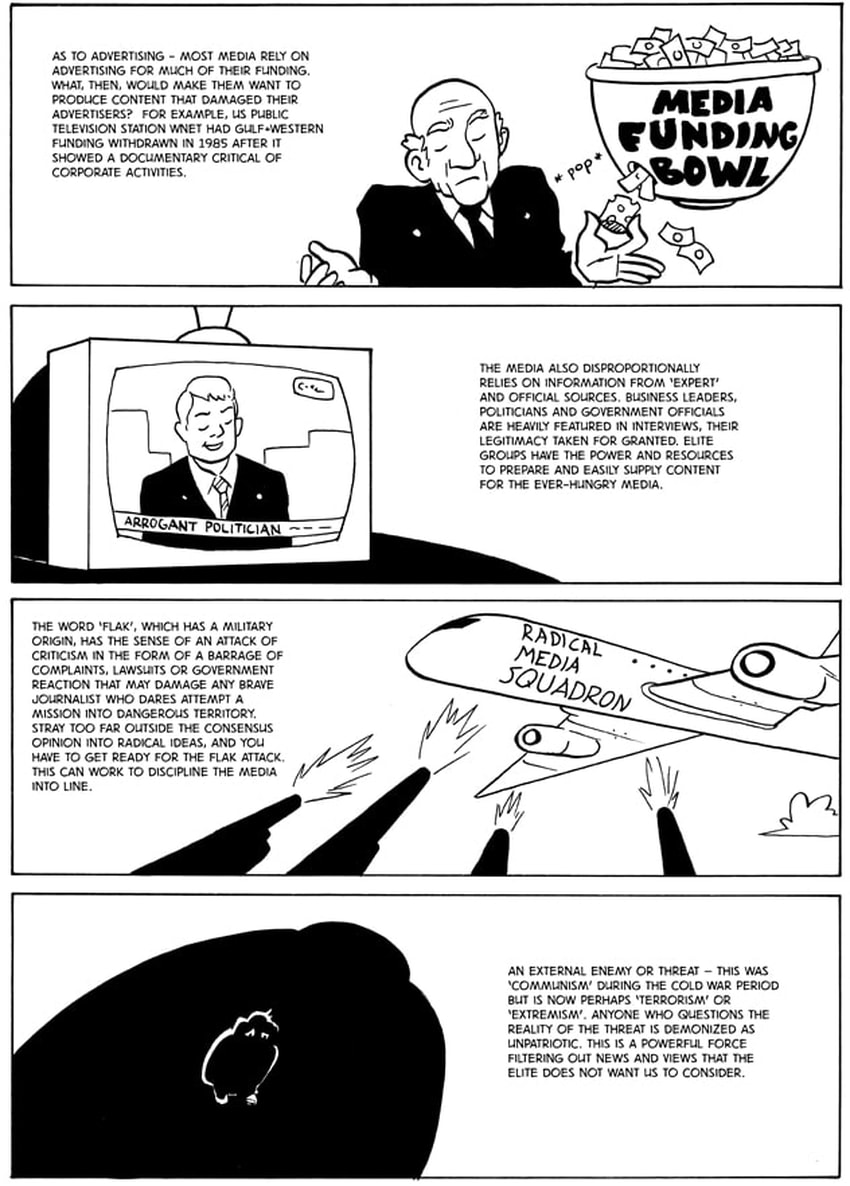 ​The rest of the chapter can be seen in the PORTRAITS OF VIOLENCE book itself, which came out last year and has been very well received, is selling well, with German, Korean and Turkish versions coming: 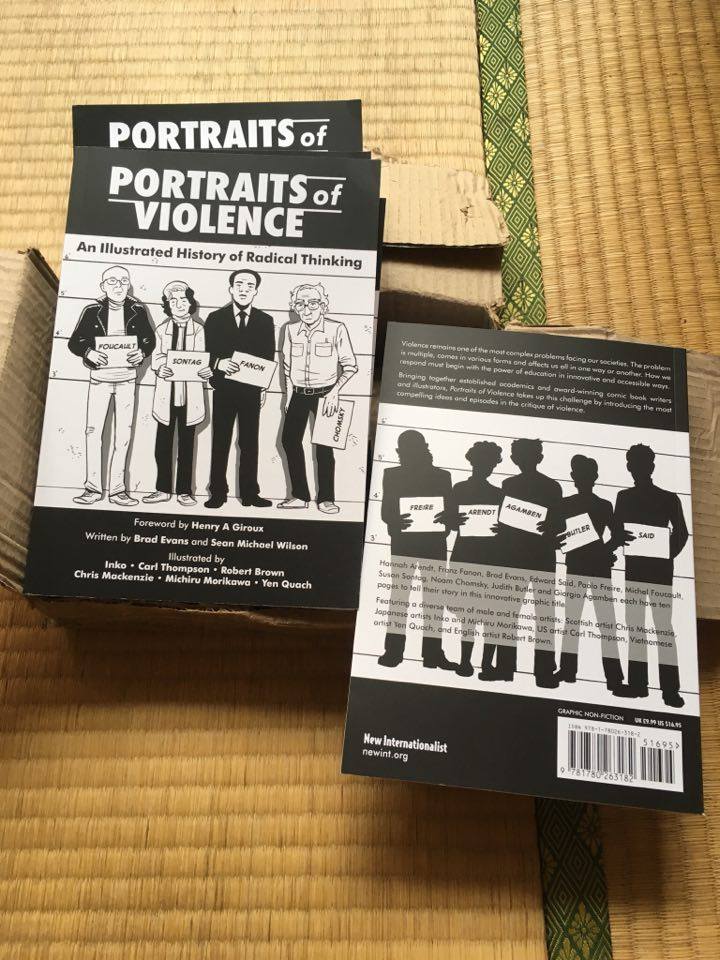 More about Herman can be seen here: