SEAN MICHAEL WILSON
Bushido: The Soul of the Samurai 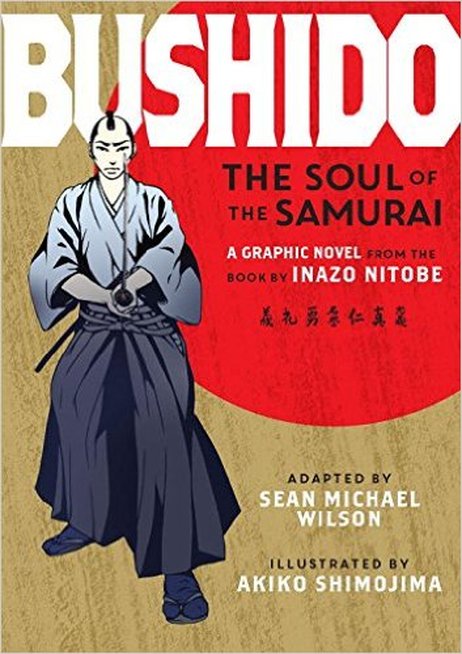 "Nitobe originally wrote Bushido: The Soul of Japan in English (1899), in Malvern, Pennsylvania. As Japan underwent deep transformations of its traditional lifestyle while becoming a modern nation, Nitobe engaged in an inquiry into the ethos of his nation, and the result of his meditations was this seminal work. A fine stylist in English, he wrote many books in that language, which earned him a place among the best known Japanese writers of his age. He found in Bushido, the Way of the Warrior, the sources of the eight virtues most admired by his people: rectitude, courage, benevolence, politeness, sincerity, honor, loyalty and self-control.

​His approach to his task was eclectic and far-reaching. He also delved into the other indigenous traditions of Japan, such as Buddhism, Shintoism, Confucianism and the moral guidelines handed down over hundreds of years by Japan's samurai and sages. In addition, he sought similarities and contrasts by citing not only Western philosophers and statesmen, but also the shapers of European and American thought and civilization."

Something of an experiment in style for me with this book, as the book has quite a lot of text only pages in addition to the normal comic book/manga art pages. But not together in a back text section, which a few of my books have had before - this time the text pages are in the main sections. Each chapter starts with a text only page (like the one below) and then the next page is also a text page, but with a single 'spot image' on it, like in a magazine article. Then the 3rd page of each chapter goes into 'full' manga/comic book art style. I think it gives this book a unique look, certainly among my line of Japan themed books anyway.

Get the book here:
http://www.amazon.com/Bushido-Samurai-Sean-Michael-Wilson/dp/1611802105/ref=asap_bc?ie=UTF8 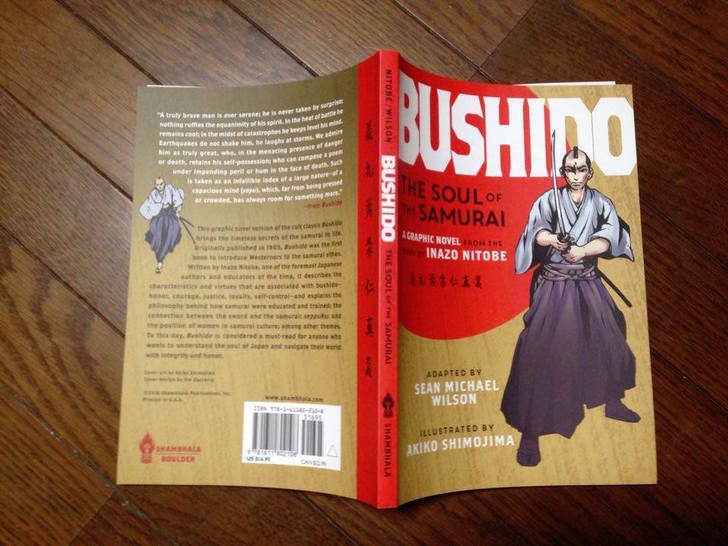 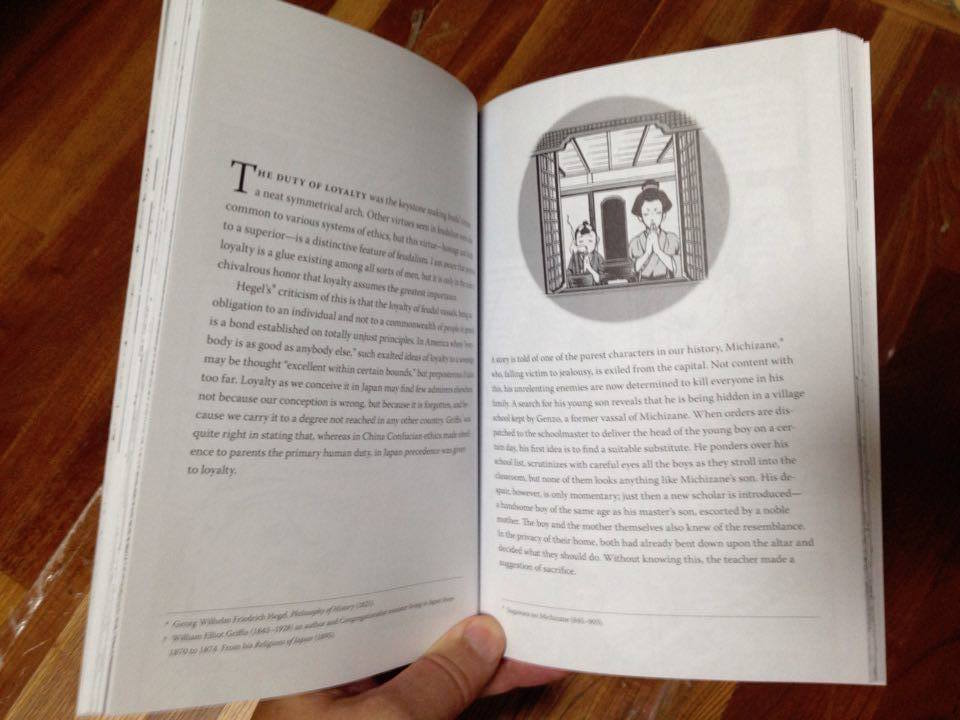 An example of the text and text-image mix pages that begin each chapter, with the 3rd page being normal style manga art. 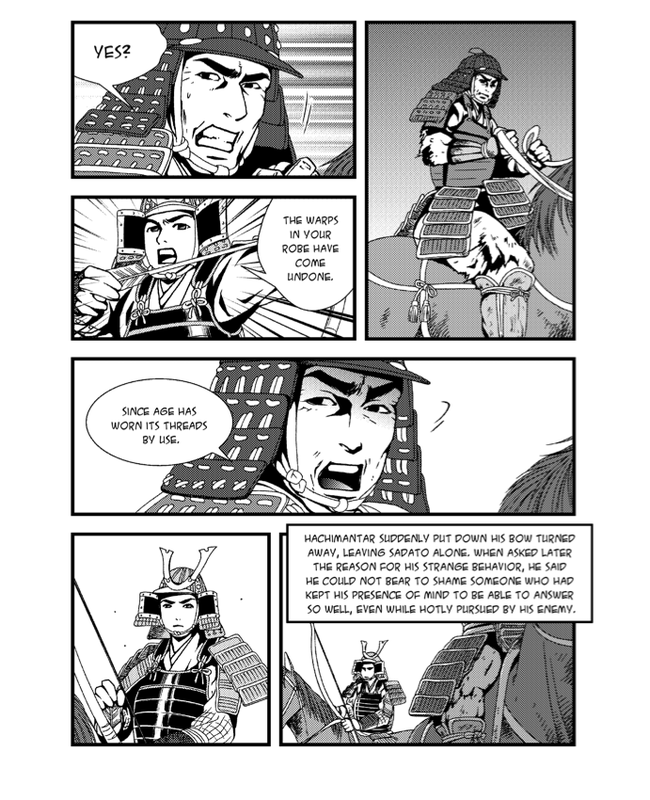 Radio Interview
I did this interview for a radio station in Chicago, the windy city (is it actually windy there?).

https://www.mixcloud.com/lumpenradio/eye-94-1-27-2019-sean-michael-wilson/
VIDEO
​Above - a little 'flip through' video of the book made by the publisher. Nice!

"Sean Michael Wilson’s graphic novel adaptation of Inazo Nitobe’s 1905 novel, Bushido, became a perfect way to further my knowledge the values behind what makes the honorable samurai of Japan such an addictive subject for western readers to learn about."
- Cole Watson, Comics & Gaming Monthly

"An excellent graphic adaptation of a classic text exposing for a Western audiences the concept and precepts of Japanese bushido, or chivalry. Fascinating and well researched bit of history."
- Lara Thompson, Goodreads

"The biggest load of bushido in the bakufu!"
​- Louis Carlet, the infamous 'L-san'.

"Absolutely the best explanation of bushido in the English language." - Nicklaus Suino, author of The Art of Japanese Swordsmanship 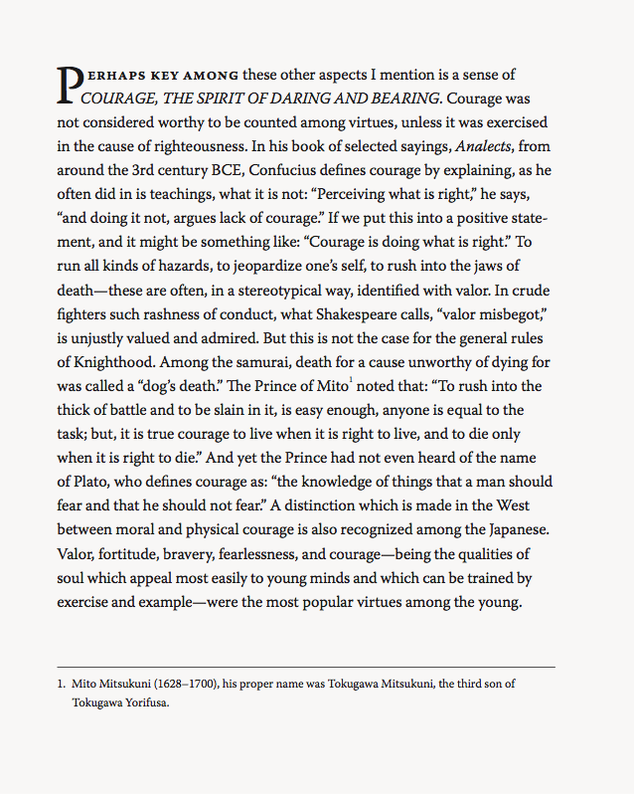 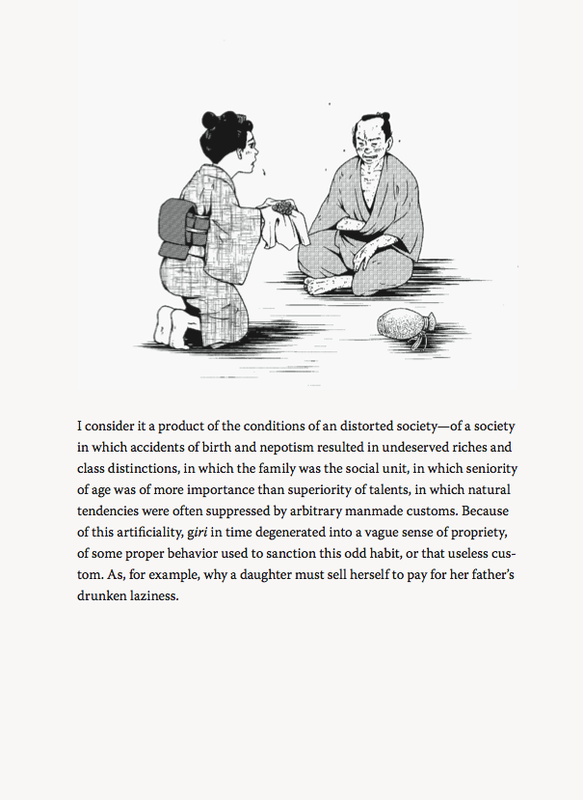