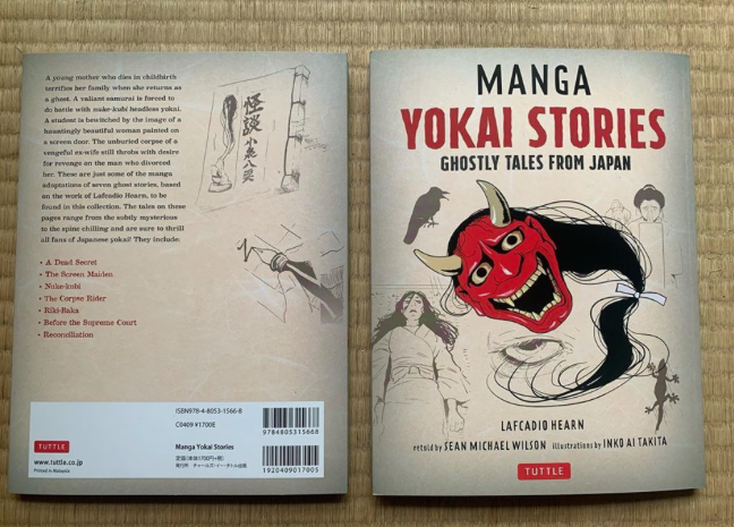 This is my second big collection of manga versions of the Japanese tales collected together by the Irish-Greek writer Lafcadio Hearn around 120 years ago. He lived in the same city I am now in (and, in fact, used to walk on the same road I live on). This time working with the artist INKO, from Japan. The other one of our Hearn related books can be seen HERE.

Manga Yokai Stories includes:
From the publisher:
"These classic Japanese ghost stories are based on those written by famed author Lafcadio Hearn between 1890 and 1904. Here, they are retold by award-winning comic book writer Sean Michael Wilson..

This book is in traditional Japanese reading order—from back to front—so that fans and manga lovers can enjoy an authentic reading experience.."

The official info also says: "This spine-tingling collection of seven Japanese ghost stories will thrill lovers of yokai stories!" Though, actually, they are more mystery than horror, and with a subtle touch. The conclusions of the stories are also rather vague and open- ended. Many modern readers are used to over dramatic stories, hyberbolic exaggeration of action, romance, drama, shooting, horror, etc. Therefore, stories which are subtle, vague, and leave the situation unresolved or not clearly ‘wrapped up’, come over as underdone or lacking in some way.  But if you look at the original stories, first collected into English over 120 years ago, the endings are the same as the ones here - the manga has followed the original Japanese stories closely.  So, they were obviously designed to be vague endings by the Japanese and Chinese people that came up with them in the first place, hundreds of years ago.

BARNES and the other one:

​Some pages from various different stories in the book: 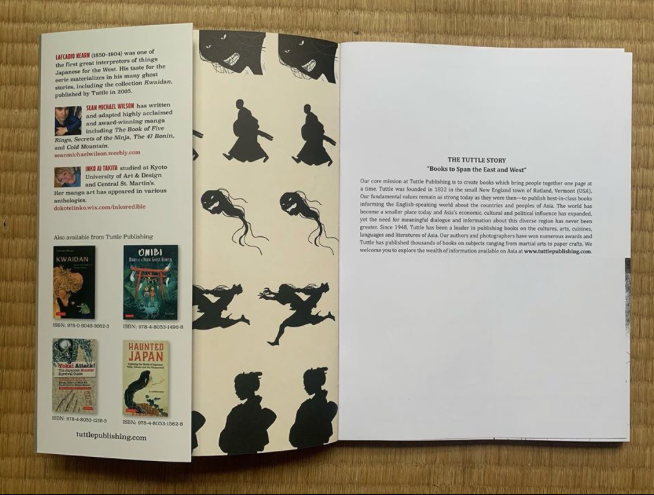 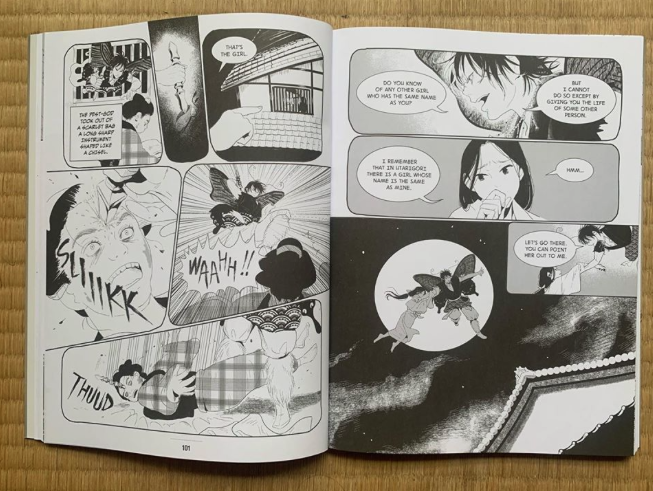 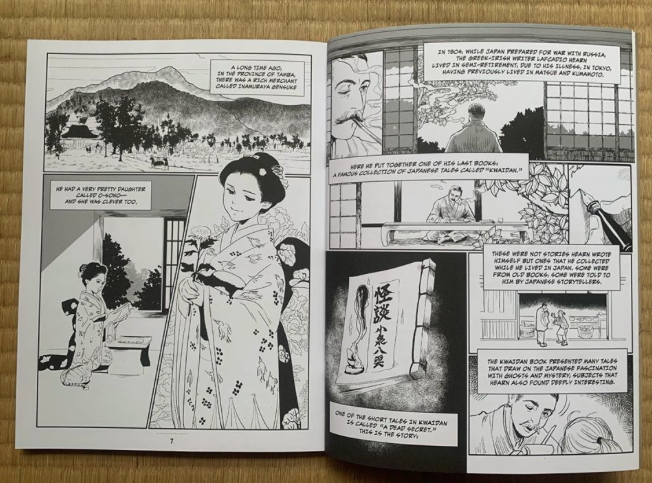 ​Enjoy a video reading of the ghost story, "A Dead Secret" from the book, Manga Yokai Stories by Sean Michael Wilson, a collection of manga adaptations of classic tales of yokai (spirits) from Japanese folklore. 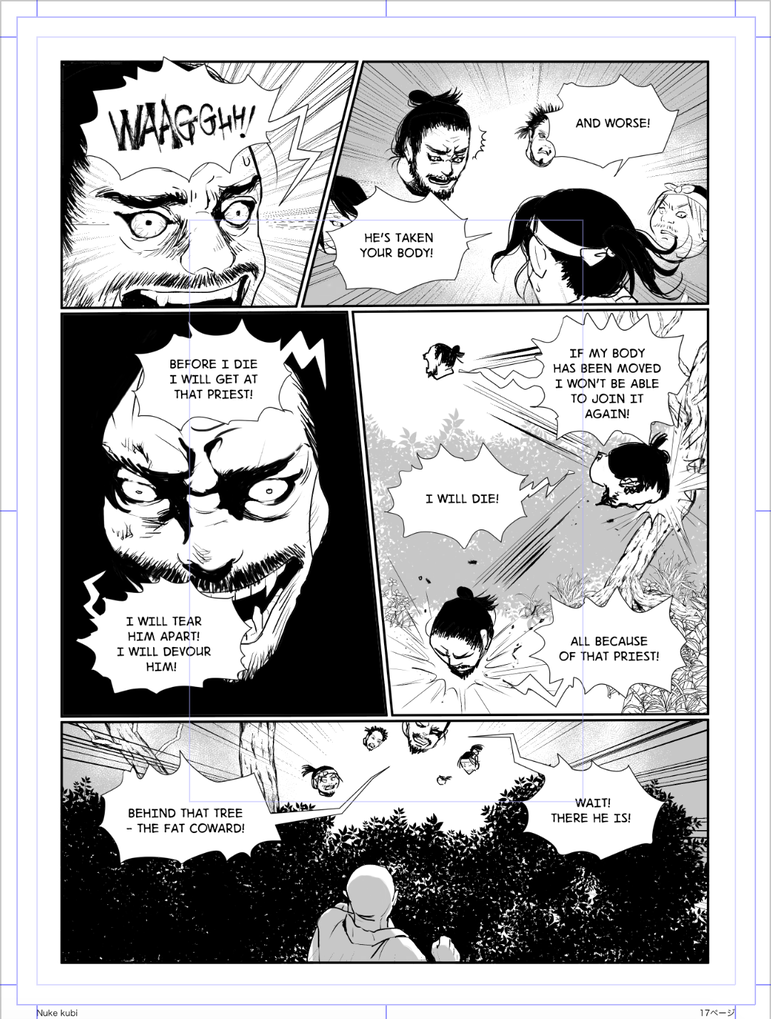 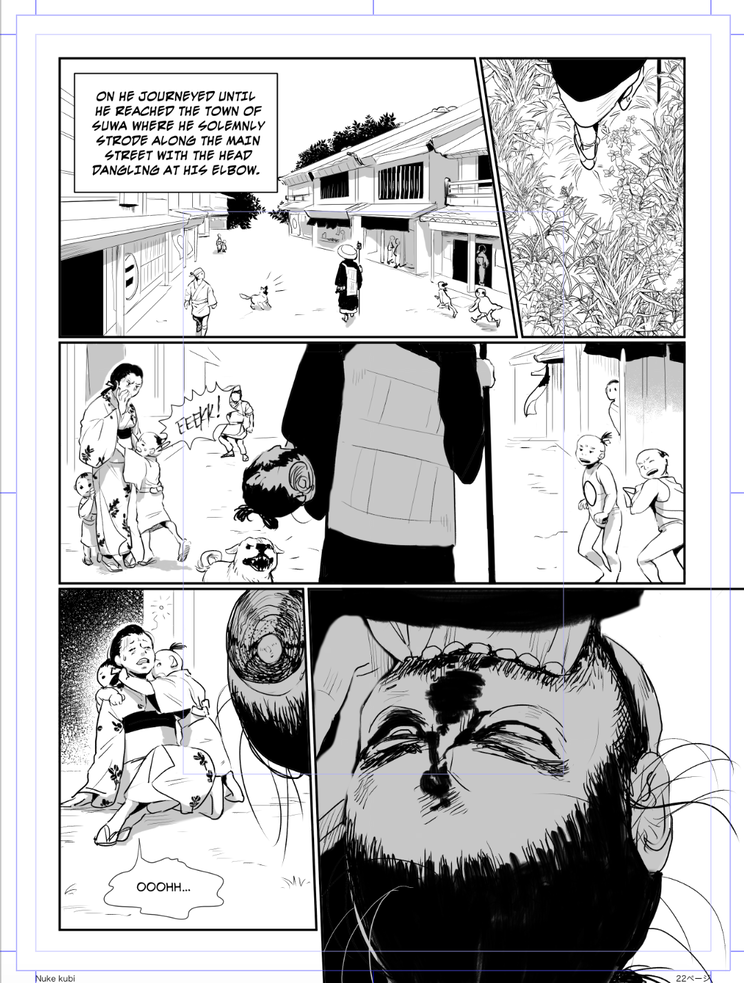 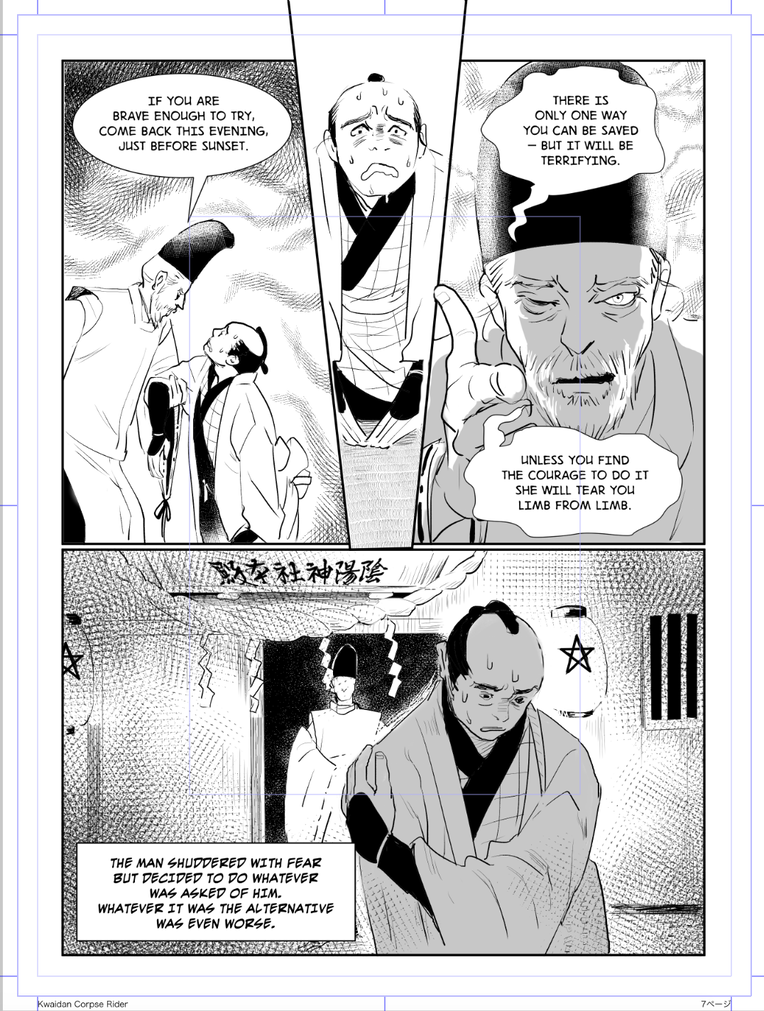 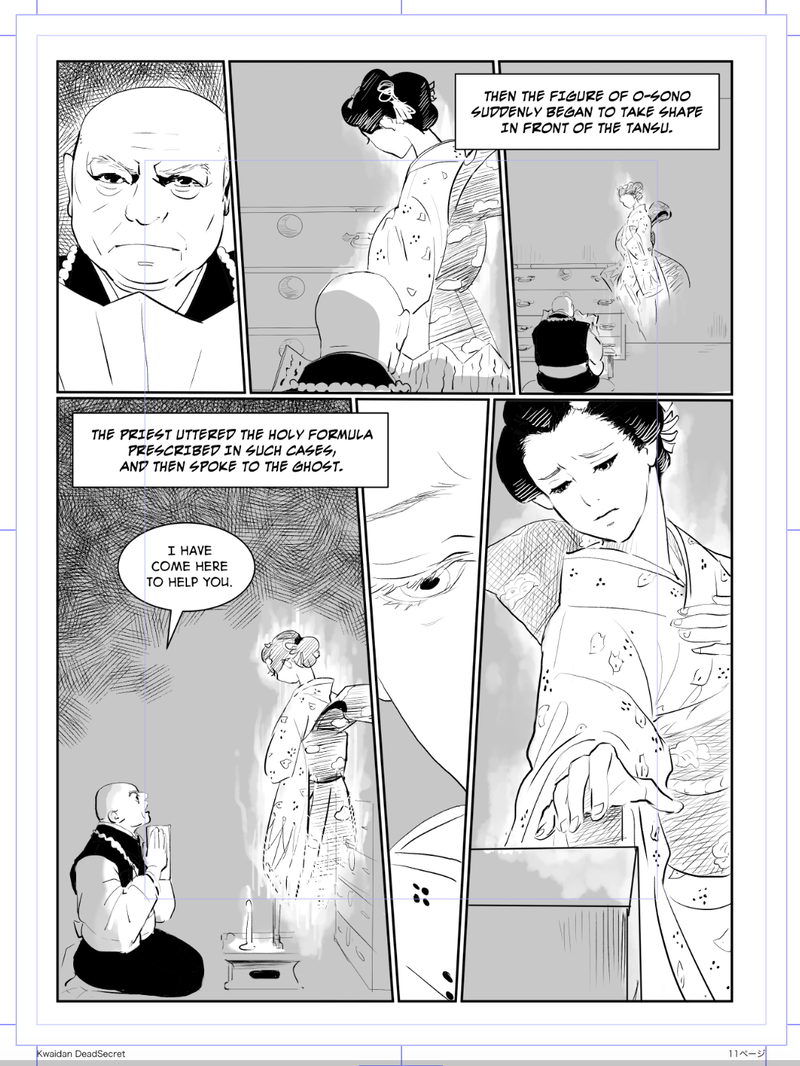 “Sean Michael Wilson succeeds in his mission of retelling these stories, creepiness and all, and adapting them into an easy-to-digest manga form. U.K.-based artist Inko Ai Takita provides the illustrations, which are a stunning black-and-white blend of manga-style panels, loosely sketched backgrounds and designs, and detailed expressions. Manga Yokai Stories may be light on yokai, but it's an attractive starting point for readers who want to explore old-fashioned Japanese horror.”
​- Otaku USA

“Each story is very unique and makes the reader feel from fear, sadness, and even happiness for some of the characters. Overall this retold by Sean Michael Wilson makes the experience of reading this manga very easy and enjoyable. 4.5 stars”
-  Goodreads review by Gerardine Betancourt

“This is a fantastic read that reminds me how much I miss reading manga and yokai stories. The illustration reminds you if manga and the stories managed to capture the Japanese values and the characters emotions really well. My favorite is Reconciliation, Before the Supreme Court, and Nuke-kubi…Some stories may feel too short that you feel like you don't understand what's going on due to its abrupt end, but overall it's really good.” - Goodreads review by Tasya Dita

“I've been reading more manga lately and when I saw this set of Japanese supernatural stories in manga, I knew I wanted to read and review it. When I first saw the cover, I thought the stories would be a bit more on the horrific side. Despite this not being the case, I enjoyed reading all 7 of these supernatural tales….I liked learning about some of the often told tales of a different culture. The artistry in this book is also very well done!” – Goodreads review by Penny Danner

“The various myths and folk tales, depicted in semi-realistic manga style, are fascinating both as glimpses into Japanese culture and as an exploration of universal human fears.”- Star Tribune