Note: Comixology has now been taken over by lovely non-capitalist amazon (!), so any searches for my previous profile on comixology will now go to the Kindle store 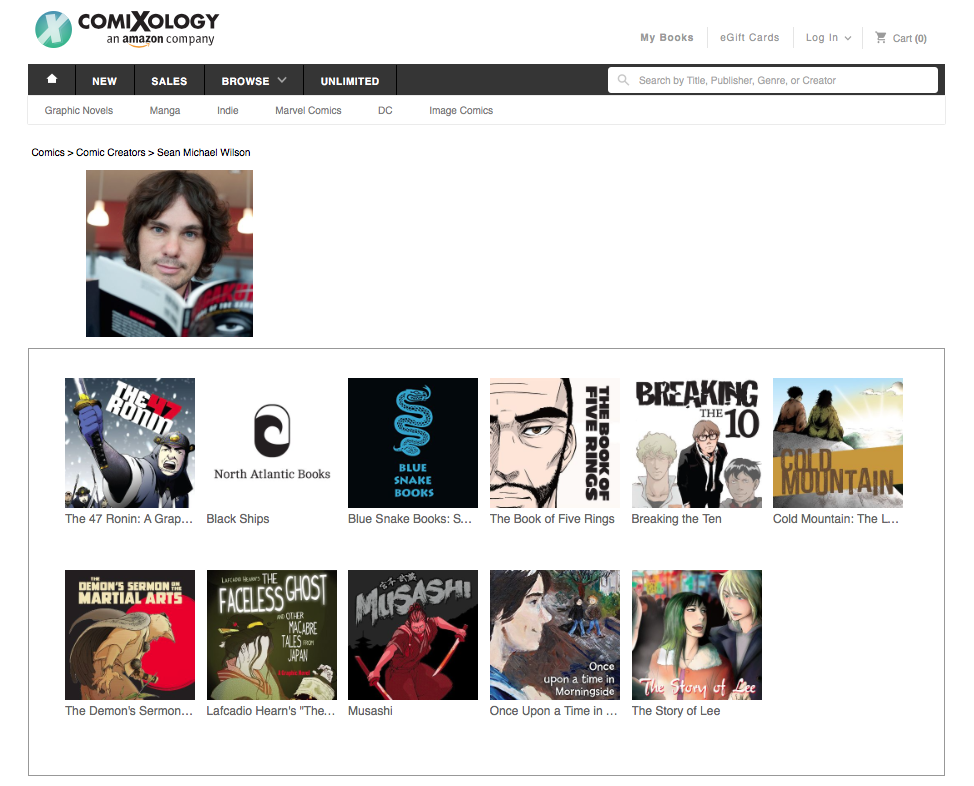 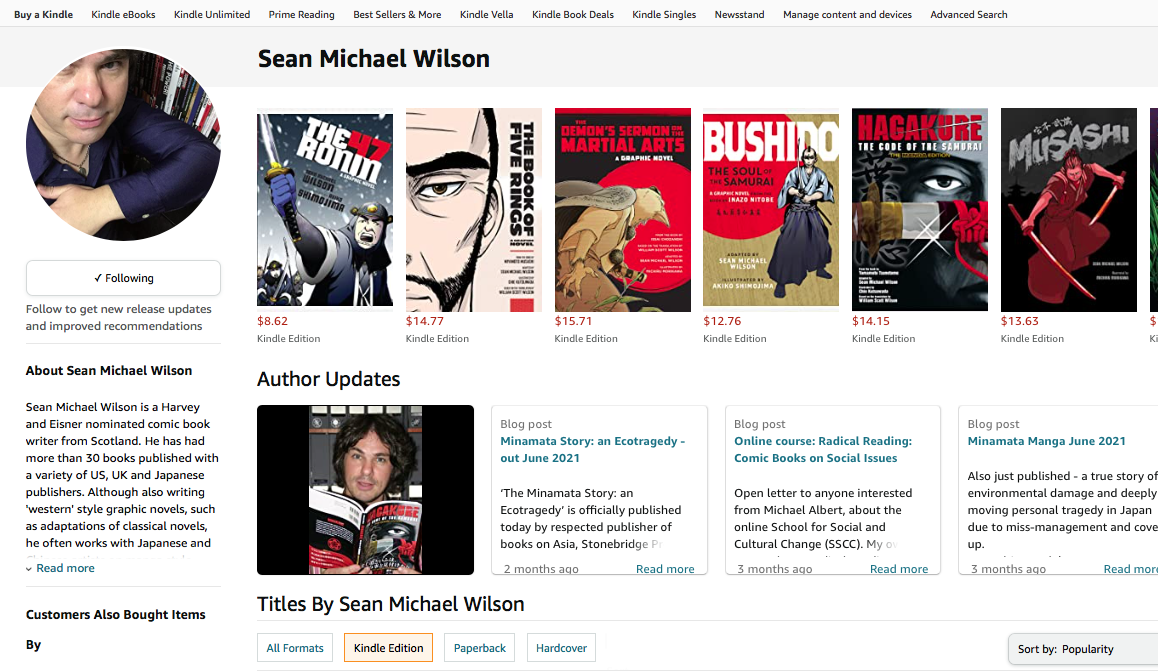 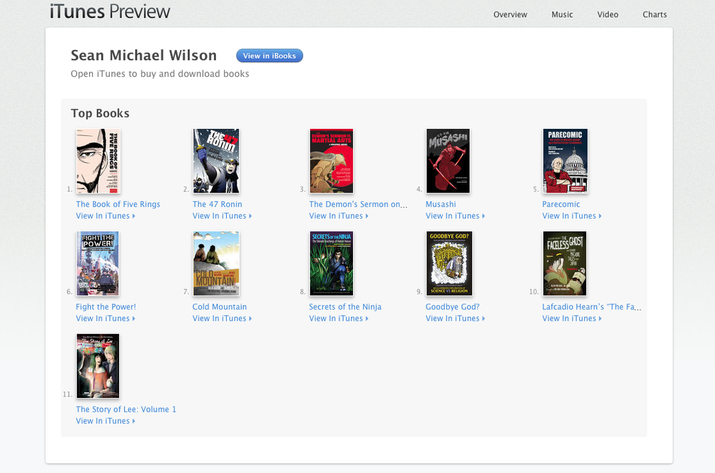 Adapted by Sean Michael Wilson and Michiru Morikawa
​
Over one hundred years ago, the writer and Japanophile Lafcadio Hearn gathered together a selection of kaidan, traditional Japanese ghost, myth, and mystery stories, and published them in English in over a dozen books. The kaidan feature vengeful ghosts and bewitching spirits that mete out karmic justice in eerie and sometimes horrifying ways. Some of the tales were Japanese versions of older Chinese tales of divination; others were influenced by Shinto and Buddhism, including a Buddhist-influenced mystery storytelling game popular in the Edo era (1603–1868). In contemporary culture, these stories have found new expression mostly in movies and manga. In this graphic novel, acclaimed manga creator Sean Michael Wilson and illustrator Michiru Morikawa present six of these classic, supernatural stories. 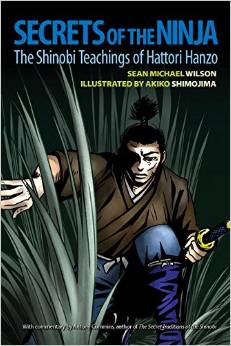 Secrets of the Ninja By Sean Michael Wilson and Akiko Shimojima.
This historically grounded manga follows the ninja Nagata Saburo as he teaches his son, Hisaaki, the weapons, secret tactics, and values of the ninja. Based on the real-life writings of the famous ninja Hattori Hanzo, Secrets of the Ninja combines a familiar coming-of-age story with a historically accurate background of political intrigue and Sengoku-period Japanese culture. As Hisaaki grows from boy to man, Wilson skillfully interweaves real lessons, weapons, and skills used by ninja in feudal Japan, depicted with detail by artist Akiko Shimojima.
https://itunes.apple.com/us/book/secrets-of-the-ninja/id995371399?mt=11
​ 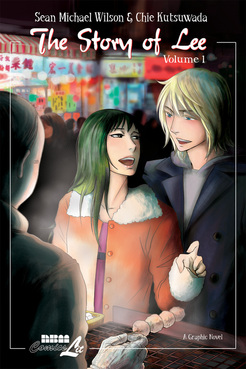 The Story of Lee, volume 1 and volume 2
"Lee, living in Hong Kong, meets Matt, a fine young Scot. Their relationship becomes stronger by the day, despite their deep cultural differences. But there is Lee's dad to contend with who views this affair very suspiciously. And there is another contender for Lee's heart, a young Chinese man, whose jealousy takes on twinges of xenophobia. Will Lee and Matt's relationship successfully cross the cultural divide and overcome the negative odds?"
"Drawn with the faces and screentones manga aficionados cherish, and written with a sensitivity to the passion of first love, The Story of Lee is a story to move any heart." -Teacher Librarian
Get the digital version of volumes 1 and volume 2 for only $7.99 (the paper version costs $11.99, so you can go mad with the $4 you save!)
​
https://www.amazon.com/gp/product/B0175P1S08/ref=series_rw_dp_sw 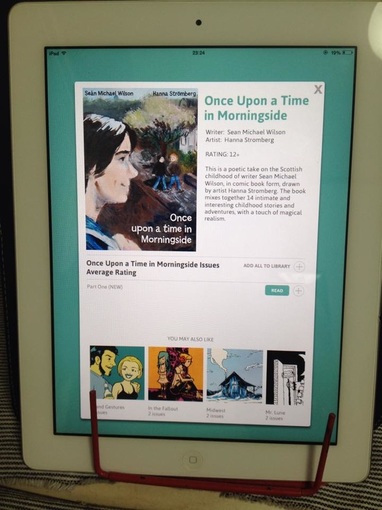 ONCE UPON A TIME IN MORNINGSIDE
A poetic take on the Scottish childhood of writer Sean Michael Wilson, in comic book form, drawn by lovely Swedish artist Hanna Stromberg. The book mixes together 14 intimate and interesting childhood stories and adventures, with a touch of magical realism. 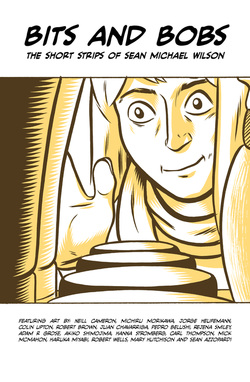 Bits and Bobs
A two hundred and 40 page collection of the short comic book strips of Sean Michael Wilson, with various artists he has worked with over the years. Put together for the first time, to mark his tenth year as a comic book writer. Featuring short strips on: the tsunami disaster in Japan, Adam Smith, various strips on Japanese history, fictional story set in the 60s, corruption in Thailand, trouble in Palestine, a sample for a gangster story, a children's story, various poetic pieces... and, as they say, a lot more!  Featuring art by Mick McMahon, Sean Azzopardi, Neill Cameron, Michiru Morikawa, Akiko Shimojima and several others. 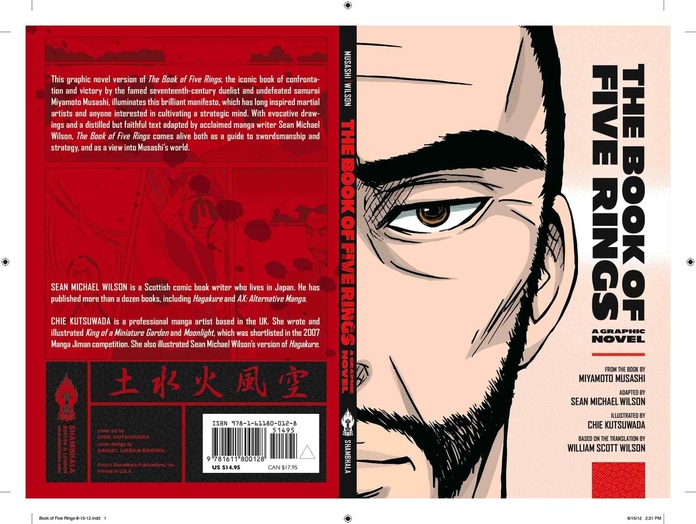 Book of Five Rings By Sean Michael Wilson and Chie Kutsuwada
"This graphic adaptation of Musashi's seventeenth-century treatise on the martial arts makes careful, effective use of imagery to emphasize both the narrative and instructional aspects of the original text. . . . Musashi's lessons, in their focus on preparation and mindfulness, can easily be applied to most areas of life. Kutsuwada's art is delicate and clean, balancing the physiological dynamics of swordplay with a clear-eyed appreciation of Musashi's natural environment. An engaging, thoughtful update of what could be esoteric." -Publishers Weekly 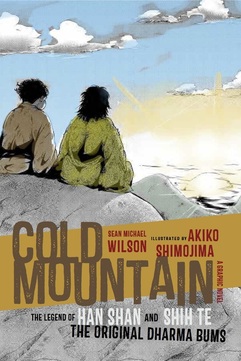 Cold Mountain Graphic Novel
By Sean Michael Wilson and Akiko Shimojima.
“The poetry of the manga here expresses the poetry of this pair of ‘mad men’ of Cold Mountain. Read the wise verses of Han Shan and Shih Te and, like the sage, your face will also break into a great big smile.”—Paul Gravett, author of Comics Art and editor of 1001 Comics You Must Read Before You Die 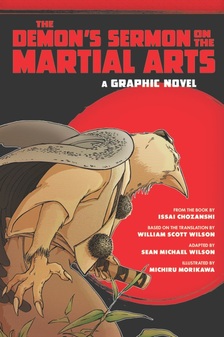 "Wilson and Morikawa capture all the wisdom and beauty of these original texts and enhance them with the visual vitality and playful charms of modern manga. Their faithful retellings of these allegorical fables and philosophical reflections prove how timeless and rewarding they truly are."
- Paul Gravett, editor of 1001 Comics You Must Read before You Die. 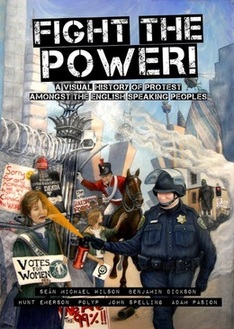 Fight the Power! A Visual History of Protest Among the English Speaking Peoples
"An entertaining and informative read for anyone interested in social activism and its history. Writers Sean Michael Wilson and Benjamin Dickson join forces to tell us some of the key struggles for social change in our history, from the early 1800s to the present day, in a graphic narrative brilliantly complemented with art by Adam Pasion, John Spelling and underground comics icon Hunt Emerson." - Nicolas Heartland 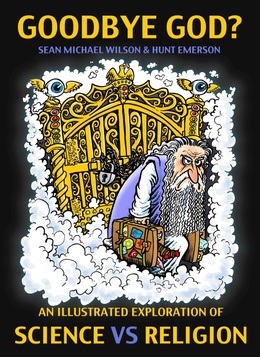 Goodbye God? An illustrated guide exploration of science V religion
By Sean Michael Wilson and Hunt Emerson.
A graphic novel that explores evolution vs. creation and calls for an end to the teaching of creationism in schools. It pans out to consider the negative impacts of religion, and with the active support of the American Humanist Association, demonstrates how a concern for humanism, science, and reasoned logical thinking is crucial for the development of society.
https://itunes.apple.com/us/book/goodbye-god/id967824030?mt=11 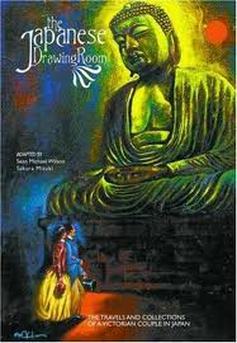 The Japanese Drawing Room
"The Japanese Drawing Room is written by Sean Michael Wilson and illustrated by Sakura Mizuki (Japanese artists of best selling THE RING horror manga). It includes an extensive text and glossary on the period by the Museum editor, Shaun Garner. A true story set in Meiji era Japan (1885), with combines the visual appeal of manga with a well-researched historical account. A foreign couple travel throughout Japan, seeing many interesting aspects of life then - such as the Shogun's Temples, Buddhist ceremonies, a diamyo's funeral, and the festival for a great warrior. They come across fascinating aspects of Japanese history, such as the story of 47 Ronin, who committed suicide after avenging their dead Samurai master. Mizuki's artwork on this book reaches a new level of beauty and sophistication."
http://www.amazon.com/Japanese-Drawing-Room-Michael-Wilson-ebook/dp/B00CQUQ34Y/ref=sr_1_29?s=books&ie=UTF8&qid=1421462527&sr=1-29 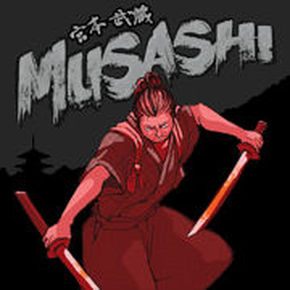 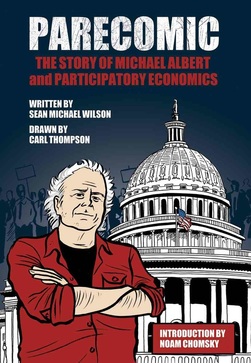 Parecomic
By Sean Michael Wilson and Carl Thompson
"I admit that I was nervous when I finally sat down to read the whole book. But it was just my creaking bones worrying, I guess, because the book is incredibly effective, in my view, at creating a friendly path into the ideas it offers. Sure, one can read longer full text books on the topics to get longer full text renditions. But there is something about seeing the images along with the more succinct text that really does help communicate the ideas. Parecomic is fun to read, but no less informative and, I hope challenging, as a result." -  from Michael Albert himself.
On itunes:
https://itunes.apple.com/us/book/parecomic/id523480097?mt=11
Kindle edition:
http://www.amazon.com/Parecomic-Michael-Albert-Participatory-Economics-ebook/dp/B007YSKMIQ/ref=sr_1_14?s=books&ie=UTF8&qid=1421462294&sr=1-14 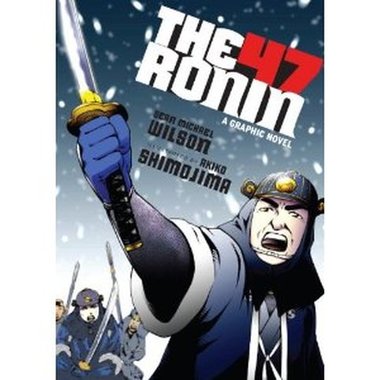 The 47 Ronin
By Sean Michael Wilson and Akiko Shimojima.
"The 47 Ronin is a dignified telling of a dignified story. It’s violent when it needs to be, precise and calm when it’s called for and never once loses focus. This is a tightly focused, perfectly pitched retelling of the story and a perfect entry point for anyone coming to the story for the first time. The Keanu Reeves version may have all the spectacle, but this version has all the heart." - Alasdair Stuart, Bleeding Cool.com
Comixology edition:
http://www.comixology.com/The-47-Ronin-A-Graphic-Novel/digital-comic/48882
Kindle edition:
http://www.amazon.com/47-Ronin-Graphic-Novel-ebook/dp/B00HEN3J0E/ref=sr_1_10?s=books&ie=UTF8&qid=1421462074&sr=1-10